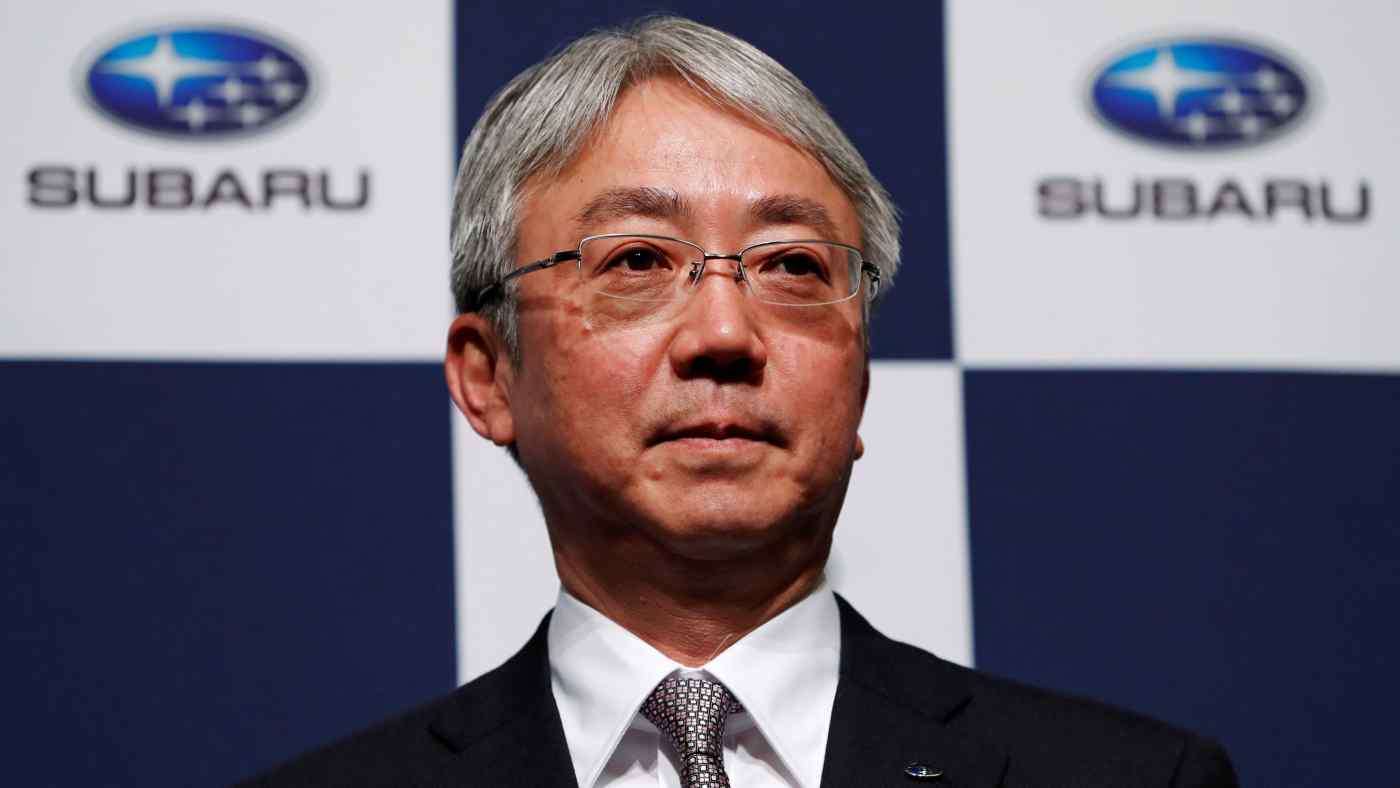 TOKYO -- Subaru inaugurated a fresh management team Friday that must confront a litany of scandals while also coping with a softening U.S. market and playing catch-up on electrified vehicles.

Tomomi Nakamura officially took over as president and CEO from Yasuyuki Yoshinaga, who will remain as chairman. This culminates a management shakeup that has led to the exit of three directors, including prior Chairman Jun Kondo.

Yoshinaga originally was supposed to serve a dual role as CEO and retain representation rights. But that changed June 5 when the company owned up to employees improperly recording fuel economy and emissions data for 1,551 vehicles -- far more than the 903 autos reported in April.

The automaker's new executive lineup was ratified Friday at a packed Subaru shareholders meeting that seated 851 people, 50% more than last year's annual gathering. Yoshinaga spent the first 10 minutes outlining and apologizing for the raft of scandals.

"We will reform our corporate culture starting from the root," he said.

During the question-and-answer session, Subaru fielded comments from 18 people, more than twice the number a year ago. "How many times have you visited the work sites?" one person asked Yoshinaga.

"I don't see a concrete plan for improvement," said a 70-year-old investor. 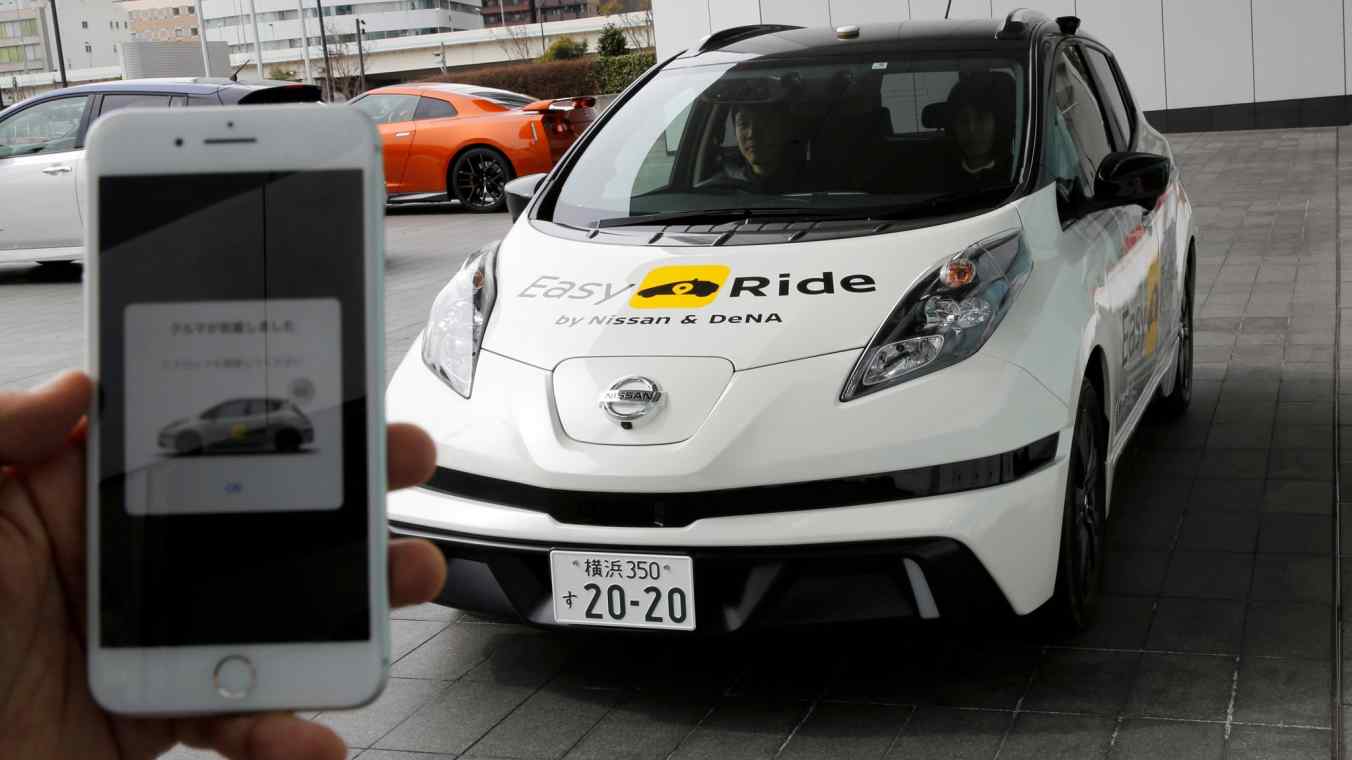 After last October's discovery of the inspection scandal, Subaru submitted an investigation report in Dec. 19, and Yoshinaga told reporters the automaker was unaware of any other improprieties. Yet the next day, Subaru was forced to acknowledge media reports of doctored fuel economy data.

Subaru signaled contrition for the twin scandals in March by announcing management changes. The automaker published another report in April that purported to detail the extent of the fuel economy and emissions cheating. But the revelations earlier this month, which involve the same sample of 6,530 vehicles, invalidate that earlier account.

Nakamura faces the task of cleaning up Subaru's act. He brings lengthy experience in sales, and led the group's U.S. arm from 2014 until March. When Nakamura was named as the incoming president that month, it appeared the organization would be in the process of putting the scandals behind it.

But the June 5 disclosure of more affected vehicles upended those plans. An investigation into the data cheating looks to be extended until August. Though Yoshinaga turned over chief executive duties to Nakamura, he remains a source of "spiritual support" for the company, said one Subaru executive.

Yoshinaga also developed deep connections with leading Japanese automaker Toyota Motor, which holds a nearly 17% stake in Subaru. Nakamura was involved in negotiations as the corporate planning chief, but that was before his four-year stint in the U.S.

Yoshinaga was supposed to steadily bring Nakamura up to speed in terms of personal connections and other elements, but the succession was unexpectedly accelerated.

The upheaval also comes during a slowdown in the U.S. auto market, as nationwide sales on new non-commercial vehicles declined in 2017 for the first time in eight years. Subaru's American unit sales rose slightly during the full year ended in March, but remain far from the double-digit growth the company enjoyed for five years through fiscal 2016.

"The [U.S.] market is peaking out earlier than expected," the anonymous executive said. That spells trouble for the Japanese automaker since it derived 62% of global sales from the U.S. in fiscal 2017, up from 49% in fiscal 2012. Subaru's new medium-term plan, due out next month, is expected to forecast slower international sales growth.

Subaru is reworking its sales strategy by weaning itself from the U.S. and focusing more on China. But the world's largest auto market plans to phase out sales of gasoline-powered vehicles in favor of new-energy autos. To date, Subaru has no electric or hybrid vehicle models available.

Though late to the game, the company starts with the domestic launch in September of a hybrid option for the Forester SUV.

However, revamping a corporate culture allowed scandals to occur will be job one. The company was lax in legal compliance training, and suffered from poor communication between the home office and the shop floor.

After the latest wrinkle to the scandal came to light this month, Yoshinaga had a talk with several managers. "You should expect this company will cease to exist the next time this happens," he reportedly said.