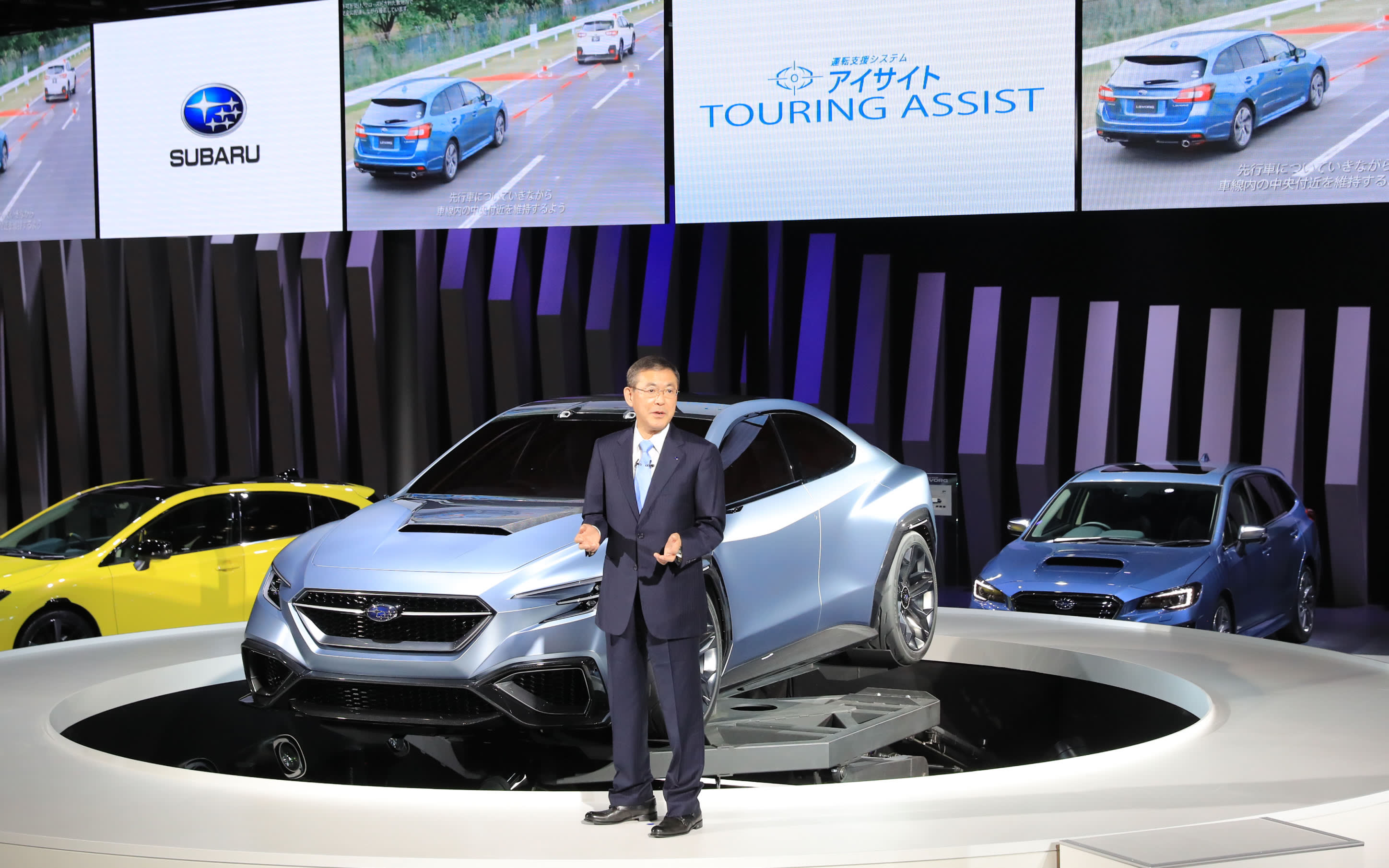 TOKYO -- Subaru let uncertified workers in Japan inspect vehicles prior to shipment, as was the case with Nissan Motor, an internal investigation has found.

The company will submit its report on inspection practices by the end of the month.

Automakers in Japan are required by the government to conduct a complete vehicle inspection before shipment from the factory. Only those certified by the company are to carry out the inspections, which check braking, steering and other vital functions to ensure safety. Subaru has about 250 certified inspectors.

The latest probe found that workers still training to be certified were involved in inspections at Subaru's main factory complex in Gunma Prefecture.

Workers normally undergo two to six months of training to obtain the certification. But the Tokyo-based company apparently decided that the workers involved nonetheless had adequate knowledge and skills to carry out the checks because they had passed an internal exam before enrolling in the training.

Whether a recall for re-inspection will be necessary has yet to be determined, but up to 300,000 vehicles could be subject to such a recall.

After Nissan was found to have allowed unqualified workers to conduct final inspections, the transport ministry instructed other major automakers to also look into their practices and submit reports by the end of October. Toyota Motor, Honda Motor and Suzuki Motor found no problems with their inspection practices. Others, including Mitsubishi Motors, Mazda Motor and Daihatsu Motor, have submitted their reports to the ministry.

The revelation that Nissan is not the only one to have conducted inspections improperly will likely lead to questions about Japanese automakers' quality controls.

As the reputation of Japanese autos takes a hit, the transport ministry likely will have no choice but to re-examine the relevant regulations.

The ministry has specified that only workers certified as having the necessary knowledge and skill are allowed to conduct the inspections. But it has left certification standards and training methods up to each automaker. The ministry has thus lacked a clear grasp of the situation on the ground at each company.

In response to the Nissan scandal, Transport Minister Keiichi Ishii said the ministry will "look into areas of potential improvement to ensure proper inspection of completed vehicles."

Yet a decision to tighten regulations should not be taken lightly, because doing so would add to already heavy labor costs at factories, and thus could ultimately have the effect of pushing production out of Japan.

The Tokyo Motor Show, where automakers showcase their latest technologies, is set to open on Friday at the Tokyo Big Sight exhibition center. But the inspection problem at the two major Japanese automakers has already put a damper on the festive mood.

How to shore up the inspection system to ensure compliance is a question that Japan's entire auto industry must grapple with as it works to regain trust in its vehicles.