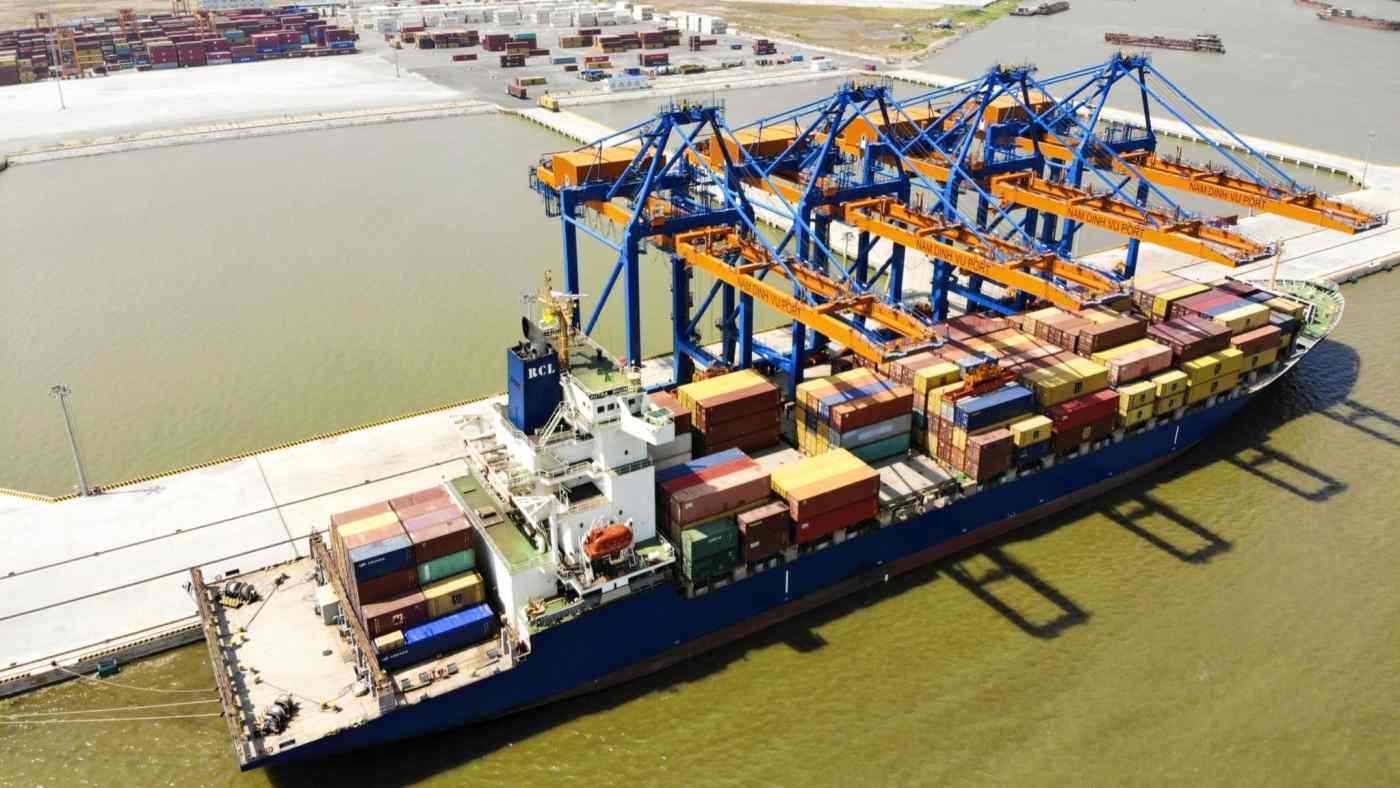 Sumitomo teamed up with compatriot logistics company Suzuyo and a Japanese public-private fund specializing in infrastructure investment to take a 10% interest in Ho Chi Minh-based Gemadept. The trading house provided more than half of the roughly 4 billion yen ($37 million) the team paid to a local fund for the stake.

With demand for container shipments growing 7% annually in Vietnam, Sumitomo plans to build a logistics network connecting plants to ports for seamless export of locally produced goods. Sumitomo is among the growing ranks of companies eager to cash in on the production shift away from China triggered by the trade war.

Gemadept owns six ports in Vietnam, handling 1.7 million containers for an over 10% market share. Sumitomo, meanwhile, operates three industrial parks in the Hanoi suburbs and owns a logistics unit in the country.

The tie-up will bring factories, logistics facilities and ports under Sumitomo's management, allowing for greater efficiency and cost reduction. To that end, Sumitomo will develop a smartphone app that will enable truck drivers to reserve loading processes at ports and electronically handle other paperwork.

At Hai Phong port, the closest facility to Hanoi, drivers generally have to wait one to two hours for cargo to be loaded onto ships. Suzuyo has shortened such wait times to an average 12 minutes in Japan and plans to use the expertise in Vietnam.

Tracking the movements of trucks will allow cargo to be loaded both ways. If all trucks carry cargo on both ways for the 150 km trip between Hanoi and Hai Phong, it would result in annual savings of $18 million, Sumitomo estimates.

About 14 million container equivalents of goods are shipped in and out of Vietnam annually. With a growth rate of 7%, the number is expected to reach 23 million by 2025.

"With the U.S.-China trade war, the number of containers handled will increase further," a Sumitomo source said.

Increased exports have also boosted demand for cardboard boxes, which are used to ship electronics and apparel products. Goods shipped in cardboard boxes account for 60% of total exports out of Vietnam in monetary terms.

Another Japanese trading house, Marubeni, is building a cardboard box plant outside Ho Chi Minh City for roughly 12 billion yen, with plans to bring the facility operational in fiscal 2020. The plant will have an annual capacity of 350,000 tons and will help Marubeni's quest for top market share in the country.