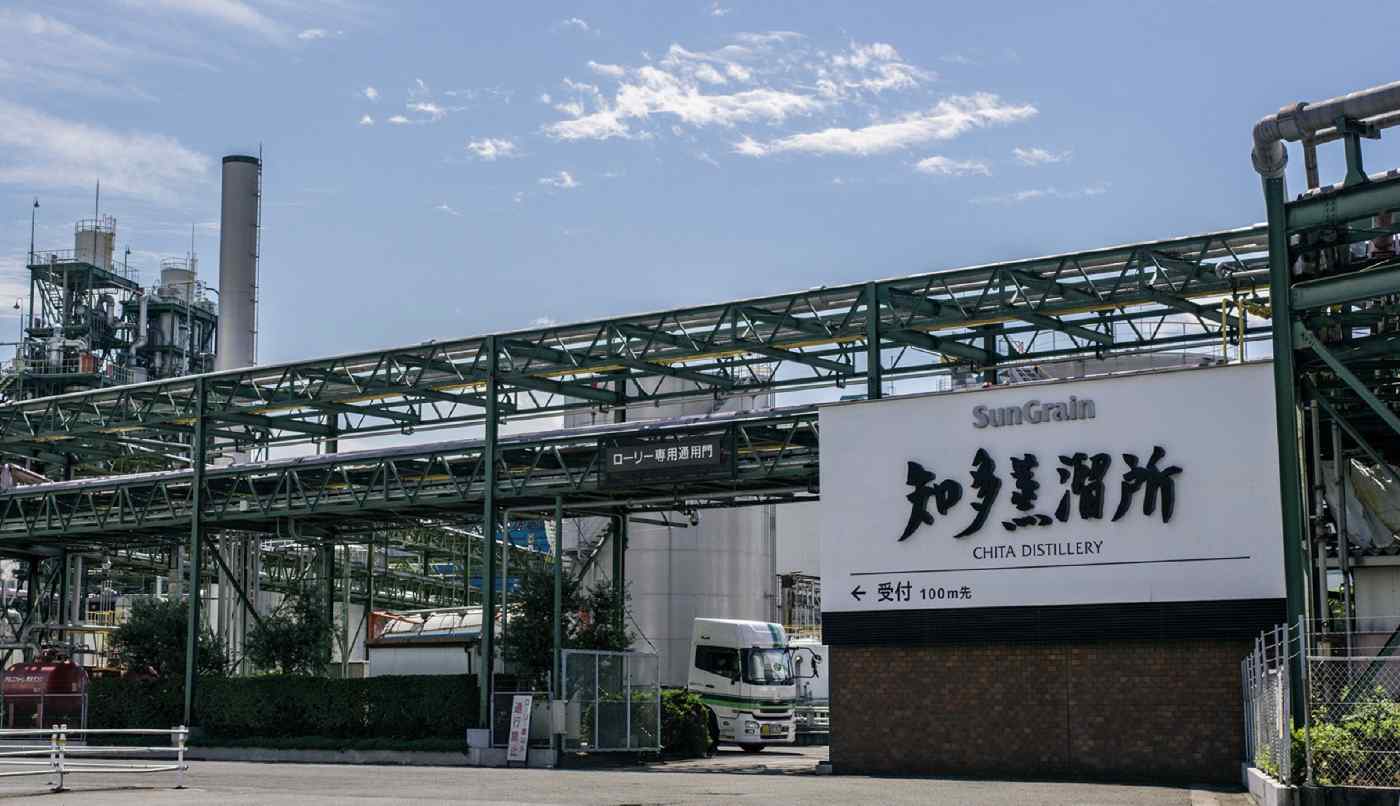 Growing demand for high-quality Japanese whisky has created a shortage of the spirits, limiting the amount available to export. The up-and-coming Chita label follows Suntory whiskies such as Hibiki and Yamazaki in overseas expansion.

Suntory's push to build its foreign spirits operations includes the 2014 purchase of U.S. distiller Beam -- now Beam Suntory. Partnering with Beam Suntory, which has a robust sales network in the West, lets Suntory capitalize on the steadily growing international appreciation for Japanese whisky.

Chita, brewed in a city by that same name in Aichi Prefecture, went on shelves in 2015, making it a young brand among Suntory's premium whisky offerings. The single grain liquor possesses a light flavor that has proven popular with younger drinkers who are less accustomed to spirits. Domestic sales in 2017 are expected to climb just over 40% to 80,000 cases, a case being 12 bottles each sized at 700 milliliters.

Suntory is investing about 20 billion yen ($183 million) to boost whisky production capacity over the four years through the end of 2017, seeking fresh batches to ship abroad.

The worldwide market for whisky and whiskey -- the different spellings denote country of origin -- reached 430 million cases in 2016, up roughly 60% from 2007, says U.K. alcohol market researcher IWSR. Growth in emerging economies broadened prospects, and wealthy people's solidifying taste for premium goods also contributed. Japanese brewers may have a chance to claim a bigger share as their drinks enjoy increasing renown.

Some are preparing to do just that. Asahi Group Holdings is investing about 6 billion yen over a three-year period begun in 2015 to reinforce the facilities of its Nikka Whisky Distilling unit. Some of the increased output from this bolstered capacity will be exported, as the company aims to lift exports of the mainstay Nikka label 3% on the year to 150,000 cases in 2017.