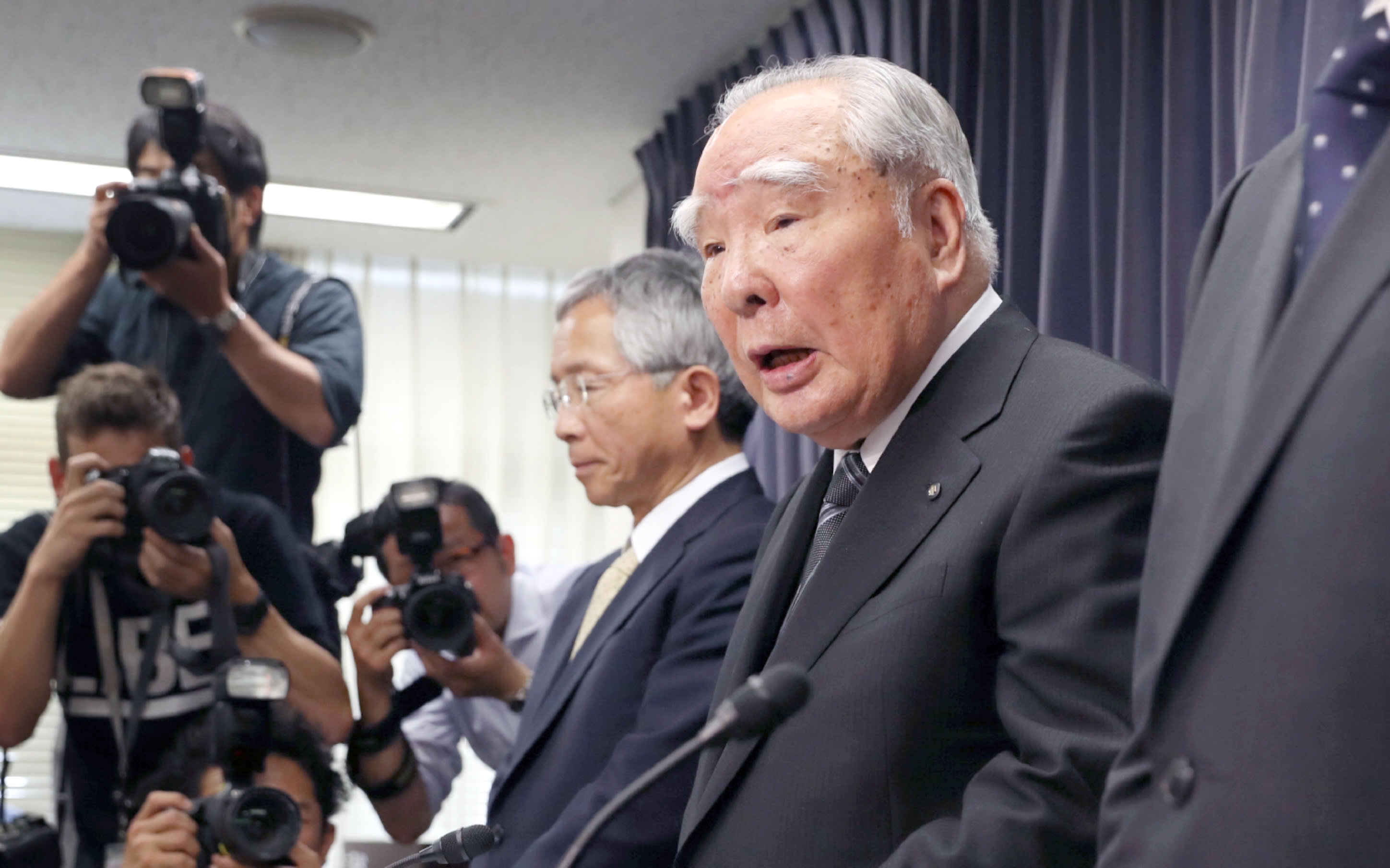 TOKYO -- Suzuki Motor on Wednesday admitted it used an unauthorized method to calculate the fuel efficiency of its minicars, becoming the second major Japanese automaker after Mitsubishi Motors to run afoul of government standards.

However, Suzuki maintained that the data gathered with this improper method was broadly in line with that gleaned through the proper procedure. The company insisted it had no intention of inflating its fuel economy data and said it sees no need to compensate customers.

In light of the Mitsubishi Motors scandal, Suzuki conducted an internal investigation of its own fuel economy calculations for the 16 models it currently sells in Japan. This unearthed problems with the method; a total of 2.1 million vehicles are affected.

No "acts of injustice"

Chairman Osamu Suzuki told reporters that the company had turned in figures produced by adding up data from individual tests on tires, brakes and so on -- rather than following the procedure outlined by the government. "We are deeply sorry that we did not comply with government rules," he said.

Nevertheless, a company release stressed the investigation found no "acts of injustice," such as manipulation of fuel efficiency data.

"We estimate that improper methods had been used since 2010," Vice President Osamu Honda said. This, he continued, stemmed not from a desire to rig the data but from the inadequacy of the company's testing facilities, which were unable to follow the proper method efficiently. The workers testing the vehicles wanted to "make the gathering of the data efficient."

The chairman said he did not want to discuss management's responsibility until all problems have been addressed. Suzuki also said that no cars sold outside of Japan are affected. The company intends to continue production and sales of the affected models.

The Japanese auto industry has been under intense scrutiny since Mitsubishi Motors admitted to rigging fuel economy tests on more than 600,000 cars. The transport ministry asked domestic automakers to verify that their testing methods were in compliance with regulations, and report the findings.

Following the press conference, shares in Maruti Suzuki India, which fell 3.5% at one point, recovered to roughly 1% decline.