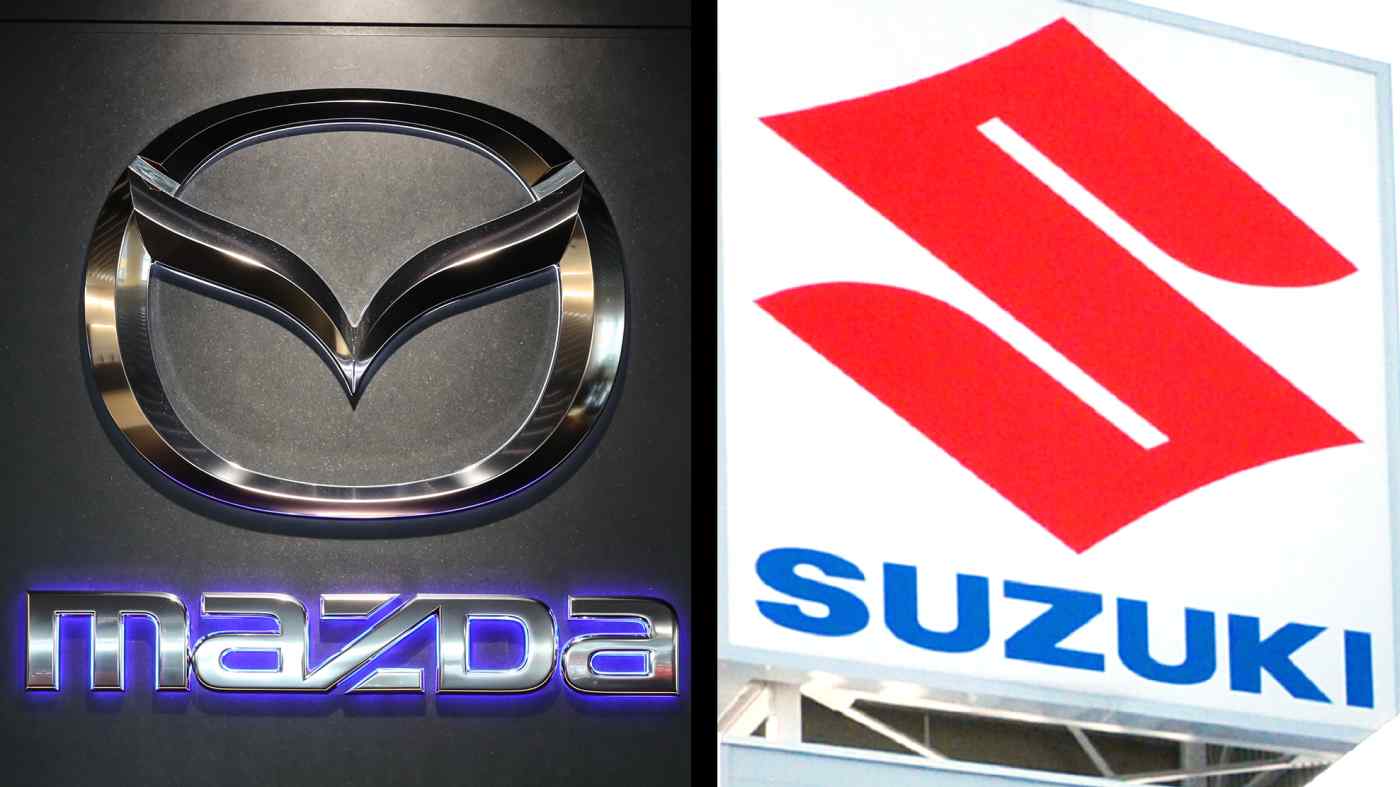 Mazda has been implicated for the first time in a series of emissions testing scandals at Japanese automakers, while Suzuki was one of the first companies found to have falsified data.
NATSUKI YAMAMOTO, Nikkei staff writerAugust 9, 2018 02:05 JSTUpdated on August 9, 2018 19:10 JST | Japan
CopyCopied

This is the latest in a growing list of compliance scandals in the country's auto industry, and was confirmed by the Ministry of Land, Infrastructure and Transport on Thursday.

The three companies submitted reports on the findings to the ministry in response to a request for all domestic automakers to investigate compliance procedures after Nissan Motor and Subaru were found to have falsified testing data earlier this year.

The suspect tests were performed on samples of manufactured vehicles selected during the quality assurance process. Samples were found to have been tested under incorrect driving conditions.

Suzuki President Toshihiro Suzuki apologized for his company's actions at a news conference on Thursday afternoon.

"It is a significant fact that such a large number of our products were improperly processed, and we take it seriously," he said. "We failed to educate our staff in an in-depth and extensive manner."

The automaker is not considering product recall at this moment, he added.

This is the first time Mazda has been implicated in a quality compliance scandal since the first in a series of such cases emerged at Mitsubishi Motors and Suzuki in 2016.

At a news conference later on Thursday, Kiyotaka Shobuda, Mazda's senior managing executive officer, told reporters that there were no deliberate alterations to the data, and that the improper inspections did not affect the quality of the cars. "The company takes the incident seriously, and will make sure to prevent the improper inspections from happening again," Shobuda said.

The transport ministry will change its ministerial ordinance to request automakers save test results of manufactured vehicles and take measures to prevent alteration of results.

"It is extremely regrettable that this situation makes users anxious over the quality of vehicles and the quality control operations of carmakers," said Transport Minister Keiichi Ishii.

The stock prices of all three companies began falling on Thursday morning. At one point, Suzuki and Yamaha stocks had fallen by over 5% from Wednesday.

"Stock prices suffered at carmakers where cheating was found. The stocks of Yamaha were also on a downward trend," said one analyst.

Masataka Kunugimoto, managing director at Nomura Securities, said the impact on business performance would be "very minor if any."

"It seems that foreign customers do not mind these incidents as they do not really affect the performance of the car itself," he said, citing similar previous cases.

Subaru submitted a report in April that it said detailed the extent of its falsifying of fuel economy and emissions data, as well as testing cars under conditions not recommended by the government. But the company was forced to admit in June that the problem affected roughly double the number of sample vehicles.

Nissan owned up to its own fuel and emission cheating last month. Additionally, both Subaru and Nissan used unqualified inspectors to perform final vehicle checks.

There is no indication that Toyota Motor, Honda Motor or Daihatsu Motor have carried out improper final vehicle inspections. However, the new revelations mean that four of the eight passenger carmakers in Japan have been exposed for the practice.

When the first of the scandals surfaced in 2016, Mitsubishi Motors and Suzuki Motor were found to have conducted fuel economy tests during the vehicle development phase in a manner that did not comply with domestic regulations.

Improper final vehicle inspections, such as those uncovered this week, are "not something intended to deceive the consumer," said Takaki Nakanishi, CEO of the Nakanishi Research Institute.

In the eyes of consumers, however, the reputation of Japan’s auto industry has been undermined.

Experts say that it is imperative for automakers to ensure compliance with industry regulations and put in place systems to prevent recurrence if they are to repair the damage to their brands.

Akihide Anzai in Tokyo contributed to this article.