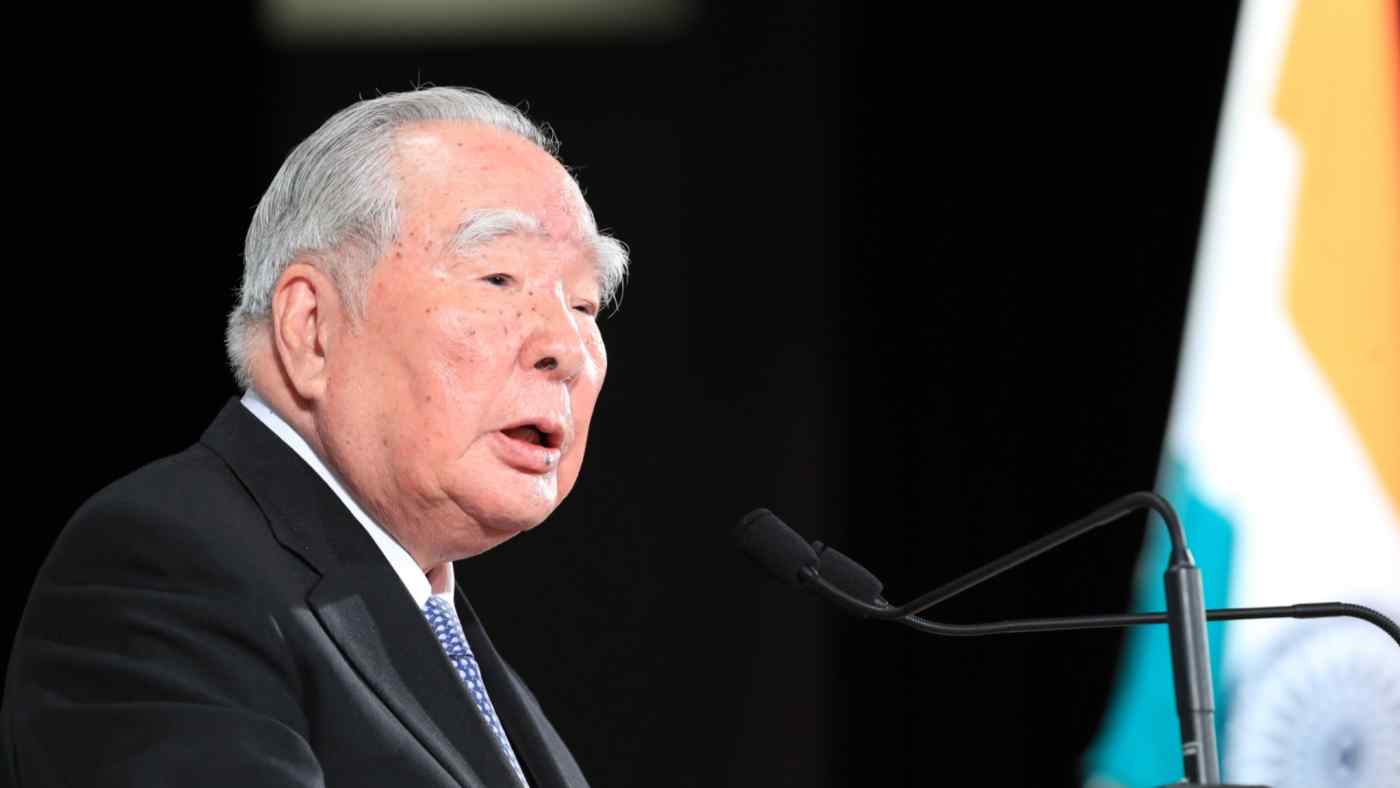 TOKYO -- Japanese automaker Suzuki Motor intends to invest heavily in India and produce electric vehicles there, as the country moves to curb pollution and oil imports, its chairman said on Monday.

"We want to practice 'Make in India,' including the batteries that are indispensable for next-generation cars," Chairman Osamu Suzuki told a business forum co-hosted by Nikkei.

The carmaker aims to sell 5 million cars in India in 2030, up from 1.65 million cars in the fiscal year through March. It wants electrics to account for around 30% of production, in line with the Indian government's plan to raise the ratio of electric vehicles on the roads to 30% by 2030.

Suzuki has partnered with Toshiba and Denso to build India's first lithium-ion battery plant and begin production by 2020. In a speech in September, Osamu Suzuki said the company would start road tests of electric vehicles in October.

On Monday, Suzuki also said other types of cars, such as hybrids, "are indispensable in order to cope with the environmental measures and rising crude oil prices."

Beyond the auto industry, the symposium highlighted India's potential as a startup hub. The country is home to one of the world's largest pools of software engineers and hopes to capture the latest trends in artificial intelligence and other innovative technology.

Manish Vyas, president of the communications business at Tech Mahindra -- a unit of Indian conglomerate Mahindra Group -- told the same forum that his company is investing heavily in fifth-generation wireless communications, which he called a "platform for the future."

All that engineering talent is attracting foreign companies, too. Mercari, Japan's top marketplace app, hired more than 30 Indians last year. And Japanese IT company NEC recently opened a research and development center in Mumbai, to come up with new products and services for emerging markets.