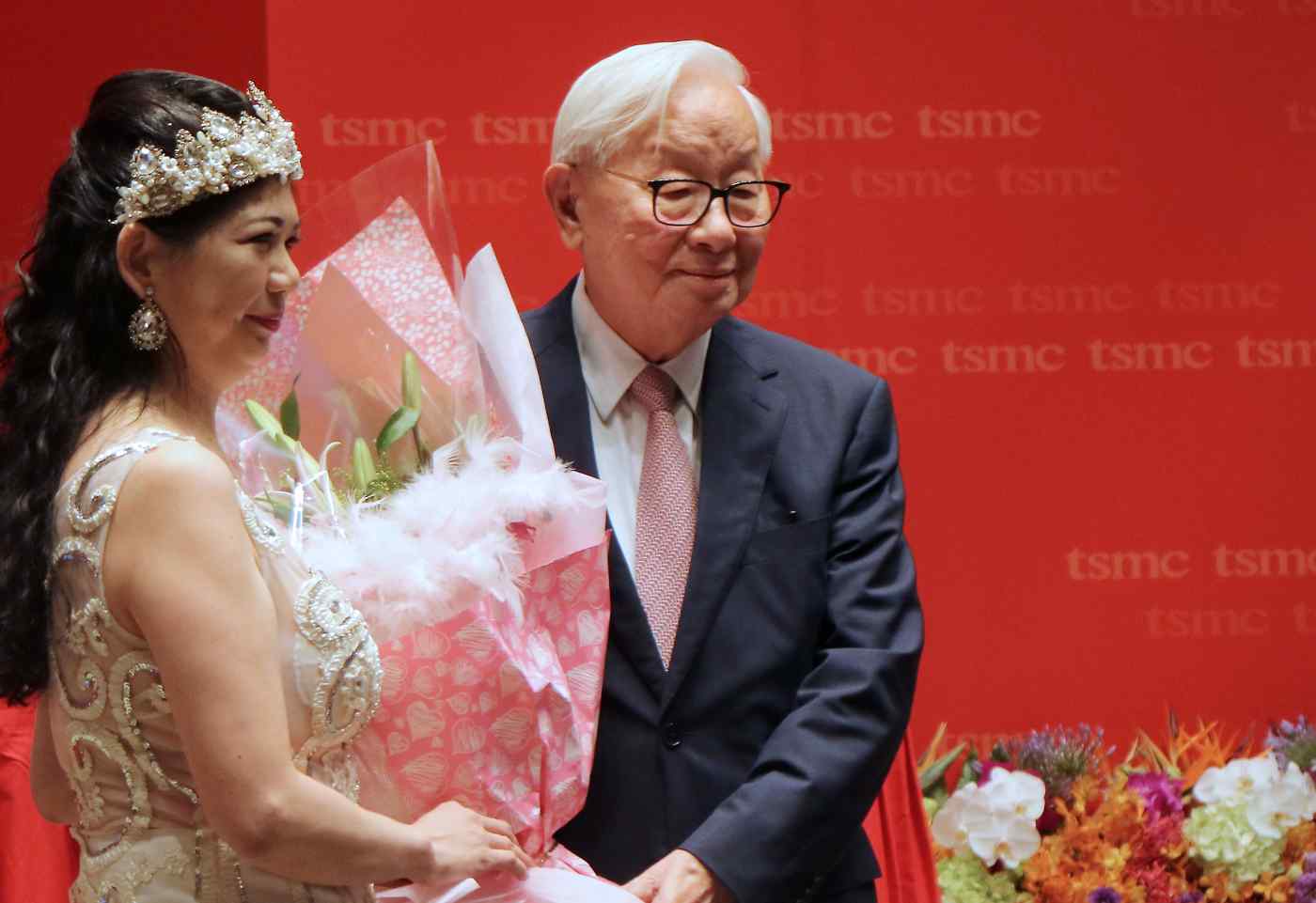 A Taiwan Semiconductor Manufacturing Co. shareholder with Morris Chang, who retired on Tuesday as head of the company he founded in 1987, in Hsinchu, Taiwan. (Photo by Cheng Ting-Fang)
CHENG TING-FANG, Nikkei staff writerJune 5, 2018 18:48 JST | Taiwan
CopyCopied

HSINCHU, Taiwan -- With hundreds of shareholders and employees offering an enthusiastic standing ovation, as if they were attending a maestro’s final concert, Morris Chang, the legendary founding chairman of Taiwan Semiconductor Manufacturing Co., retired on Tuesday as head of the world’s biggest contract chipmaker and a supplier to Apple’s iPhones.

The widely revered industry leader’s retirement marks the end of an important chapter for Taiwan’s flagship chip industry, which is the world’s No. 3 by revenue after the U.S. and South Korea. However, Chang said there are still several hurdles ahead for the company that he founded in 1987.