Taiwanese chipmaker hopes to wean itself off Apple and smartphones 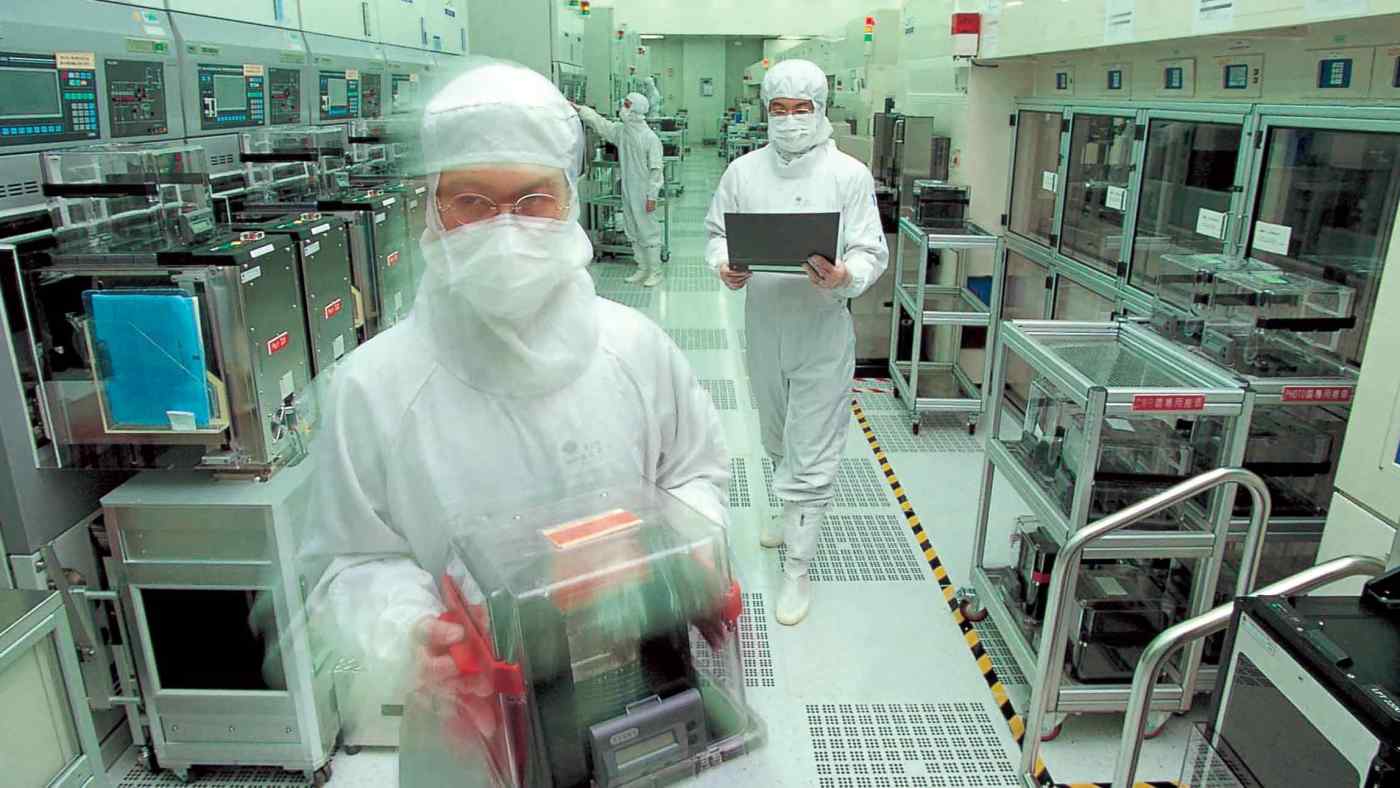 The Taiwanese chipmaker's production lines are among the most advanced in the industry. (Photo courtesy of TSMC)
CHENG TING-FANG, Nikkei staff writerNovember 19, 2018 14:38 JST | Taiwan
CopyCopied

TAIPEI -- Taiwan Semiconductor Manufacturing Co. (TSMC) is poised to secure a crucial order from IBM for premium server chips, validating the company as a serious challenger to global chipmaker Intel in the high-value data center market.

The chips IBM wants also power the core processors in Apple's newest iPhones. These are the industry's smallest and most cutting-edge semiconductors, and well-placed supply chain sources told the Nikkei Asian Review that IBM will put them into its next-generation mainframe servers.

This would be a major coup for TSMC, the world’s biggest contract chipmaker and a key Apple supplier, in a market that holds the key to the technologies of the future. Artificial intelligence and autonomous driving both require powerful data centers to capture, process and analyze staggering amounts of information.

Intel supplies 96% of the chips used in data center servers, according to Trendforce analyst Liu Chia-hao. IBM is an outlier in the sector: Rather than use Intel's chips, it designs its own and has been using No. 2 contract chipmaker Globalfoundries to produce them. Now, IBM is looking to switch to TSMC, which offers the only 7-nanometer technology on the market.

Generally, the smaller the chip, the more advanced and powerful it is. Shaving off nanometers, though, is becoming more difficult -- and much more expensive. Intel, TSMC and Samsung Electronics are considered the only players willing and able to even try.

Intel is developing 10 nm technology that industry insiders expect will be competitive with TSMC's 7 nm chips. Trouble is, the U.S. company has not been able to achieve sufficient production yields, prompting it to delay the release of the new chips to late 2019.

So as IBM goes shopping for the latest and greatest technology, TSMC can supply it right away. Intel, on the other hand, rely mostly on in-house production.

"We think Intel could gradually lose some market share ... for its most lucrative data center server chip business," Liu said.

The data center division is Intel's cash cow, accounting for nearly 50% of its operating income of $17.09 billion in the first nine months of 2018. This has provided a cushion for the company as it struggles to adjust to the age of mobile gadgets; TSMC, as the sole supplier of iPhone core processors, controls 55% of the global mobile chip market.

IBM, for its part, is the world's leading server builder by revenue. The U.S. company once famous for its PCs has evolved into a supplier of some of the world's most sought-after mainframes. Its premium server products are widely used for banks, security systems, casinos and other operations that require high data-handling capacity and reliability.

When it comes to data center servers, IBM ranked third behind Dell and HP in 2017, with an 8.3% global share according to research provider IDC.

Although IBM does not directly compete with Intel in chips, it has set itself apart by designing its own. Rivals like Dell, HP, Lenovo Group and Inspur use chips from either Intel or Advanced Micro Devices, known as AMD.

Danny Kuo, an analyst at IDC, said IBMs are widely considered the Rolls-Royces of the server segment. While IBM ships far fewer servers "compared with ordinary enterprise servers that come with Intel's X-86 chips, They are much more expensive than those products," Kuo said. "The IBM sever core chips will be much more expensive as well."

IBM mainframes can fetch anywhere from $300,000 to $1 million or $2 million per set, while typical HP and Dell options built on Intel chips go for around $7,000, Kuo said.

IBM's interest in having TSMC produce chips for its next-generation Z15 mainframe follows a similar move by AMD, which holds a 2% slice of server market share. AMD announced on Nov. 6 that it will adopt the Taiwanese company's 7 nm technology for its latest server processor. This, too, looks like an attempt to snatch some business away from Intel. SoftBank Group-controlled Arm Holdings, the U.K. provider of mobile chip architecture found in over 90% of smartphones, is another player working with TSMC on data center chips.

TSMC is motivated to seize these opportunities by its desire to rely less on Apple and diversify away from the maturing smartphone market -- its main growth driver over the last decade. About half of TSMC's revenue for 2017 came from mobile chips, with Apple alone accounting for 22% of its $32.11 billion in sales.

The Taiwanese company declined to discuss specific customers, and IBM did not immediately respond to Nikkei's request for comment. Intel said it takes all competitors seriously.

C.C. Wei, TSMC's vice chairman and CEO, did say at a mid-October earnings briefing that server core processors would become an "important part" of the company's business.

Wei said TSMC high-performance computing platform, which includes data center server chips, could comfortably grow at a double-digit clip over the next five years. On the other hand, he said the premium smartphone-related business could only advance by the mid-single digits over the same period.

Even with a 56% share of the global foundry market -- the business of producing chips for others -- TSMC is not immune to the smartphone slowdown. This year, TSMC has lowered its annual growth forecast three times to reflect softening mobile demand, especially in the midrange to low-end phone segment. Plunging demand for cryptocurrency mining has also hurt its business.

Its competitors may have it rougher, however. Globalfoundries was forced to suspend development of 7 nm technology at the end of August. The privately held company -- controlled by an Abu Dhabi state fund and based in the U.S. -- also said it would cut 5% of its workforce and abandon part of an investment plan in the Chinese city of Chengdu to solve its financial woes.

Like IBM, AMD has used Globalfoundries for server chip production. Both clients appear to believe only TSMC has what it takes to challenge Intel's monopoly.

Still, Intel is not going to be defeated overnight. Trendforce's Liu said it will "take quite some time for competitors to really get into the field, as the American giant has already built a complete ecosystem supported by established software and operating systems."