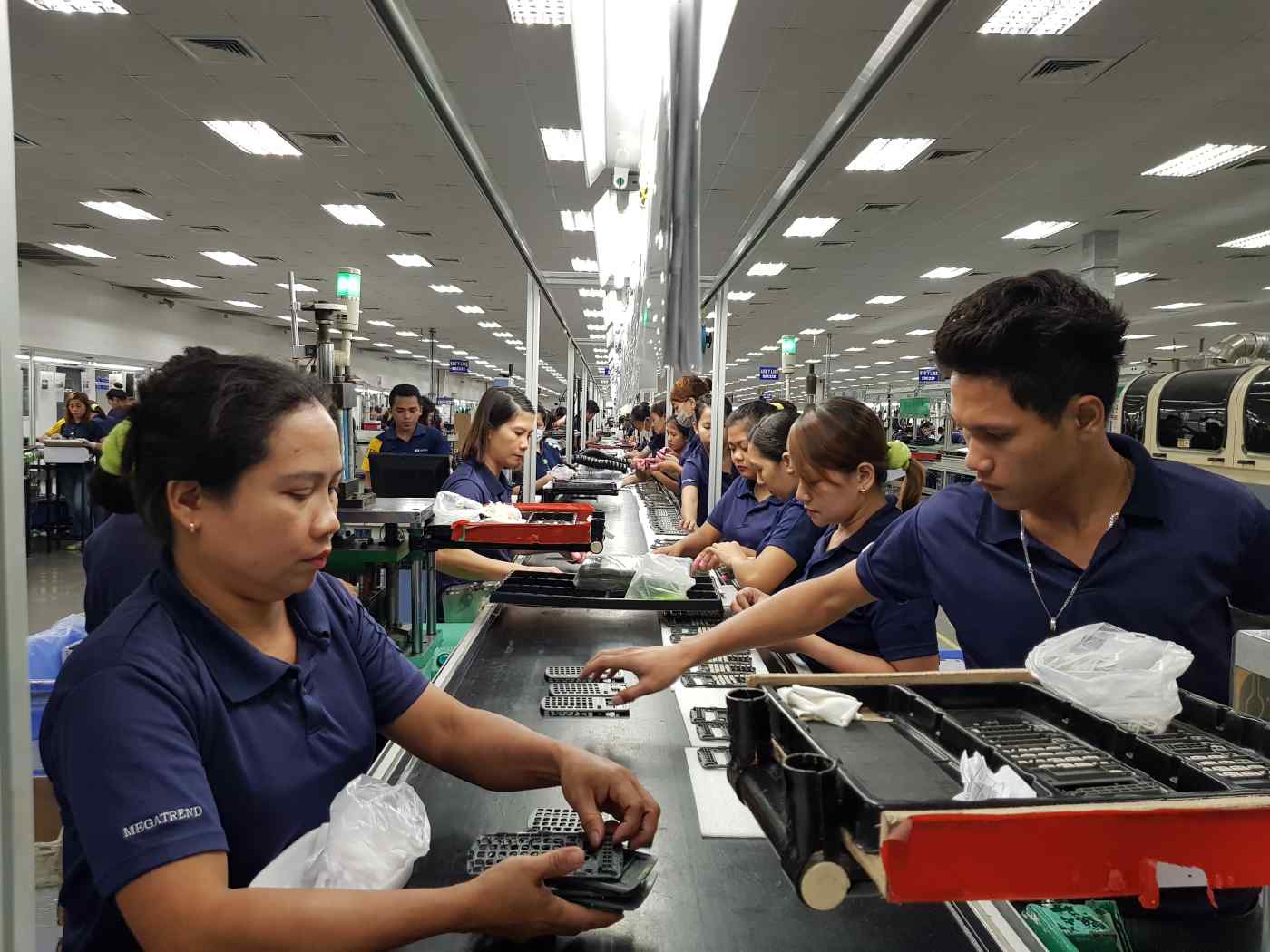 MANILA -- While many companies are caught in the crossfire of U.S.-China tariff war, Taiwan's New Kinpo Group is using the trade tensions as a sales pitch for its Philippine unit's initial public offering.

"We are the only company who dares to say we benefit from the U.S.-China trade war," CEO Simon Shen told reporters on Friday. "Because we are well-established here in Southeast Asia."

New Kinpo, a contract manufacturer, makes products ranging from printers to hair dryers in the Philippines, Thailand, and Malaysia, employing around 30,000. Shen said near-daily inquiries from companies under threat from the trade war were encouraging him to expand. "We are seeing more and more interest [from customers] to come to Southeast Asia, apparently because of the U.S.-China trade war," he said.

A range of companies, including Taiwanese electronics manufacturers, have said they are considering expanding production outside China to minimize the impact of the trade war, in which the U.S. and China have been hitting each others' products with rounds of higher tariffs.

Kinpo Group's unit, Cal-Comp Technology (Philippines), plans to raise 6.8 billion pesos ($128 million) from a public offering next month to build more factories and buy new equipment. The share sale comes amid a weak market due to capital outflows triggered by rising interest rates in the U.S. The Philippines' benchmark share index is down by about 9% this year, but Shen said his company offers a unique upside for investors.

"I always try to tell institutional investors interested in buying our shares: Number one, we are benefiting from the weaker peso," Shen said. "And secondly, we foresee the trade war still continuing and we will be benefiting in the next couple of years."

The Philippine peso is trading at a 12-year low, which Shen said pushes up Cal-Comp's margins because all the products it makes are exported.

Cal-Comp, which also makes calculators and storage devices, reported annual sales of $210 million in 2017. It will be selling 378 million primary common shares at up to 17 pesos per share. It plans to build two more factories and double its Philippine headcount to 20,000 by 2020.