Blocked in US by Trump, Cosco gains indirect control over Kaohsiung terminals 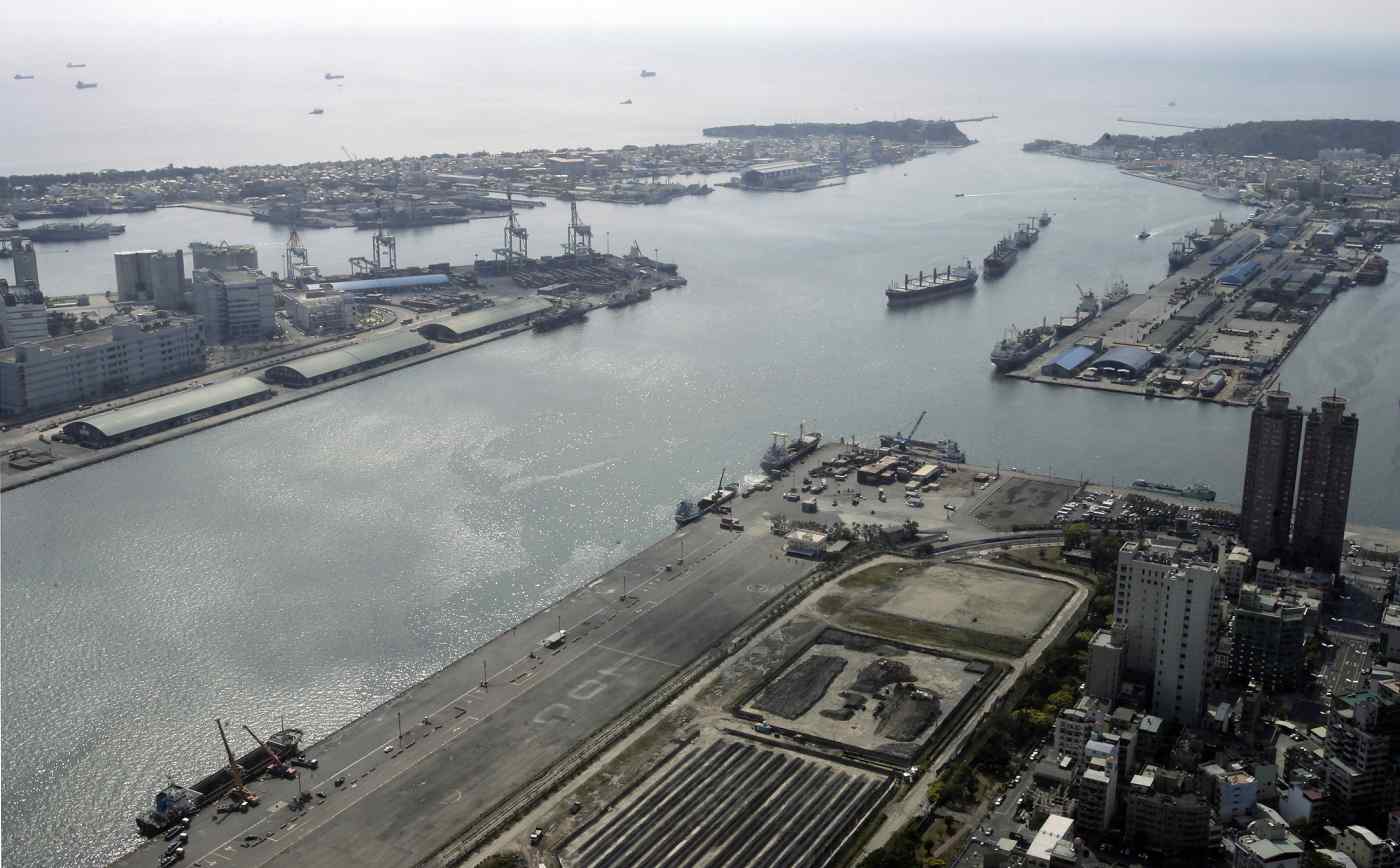 Port ownership by Chinese state companies has become an increasingly sensitive topic globally as Beijing's Belt and Road Initiative spurs concerns about whether their control could be leveraged for security purposes.

Given deepening confrontations between Beijing and both Washington and Taipei over a range of issues, it looked doubtful that Cosco would be allowed to take over the assets of Hong Kong-based Orient Overseas at Kaohsiung, Taiwan, and Long Beach, California, near Los Angeles.

On July 7, Cosco and Orient Overseas, better known under its operating brand OOCL, said that U.S. regulatory approval had been secured, with the condition that the Long Beach terminal be put into a trust and then sold. Cosco then announced the completion of its takeover on July 27, with no mention made of Kaohsiung.

While there have been no public statements, it is evident that OOCL retains control of its terminal at Kaohsiung, Taiwan's busiest port. OOCL's name remains on signage there and staff in Kaohsiung say nothing has changed.

"We are still the original OOCL team here running the piers and all the shipping business is as usual," said one worker at OOCL Kaohsiung Container Terminal.

Similarly,a spokesman at OOCL's Hong Kong headquarters told the Nikkei Asian Review, "We have not sold our interest in the Kaohsiung Container Terminal."

That the administration of Taiwan President Tsai Ing-wen would allow OOCL, under Cosco's ownership, to continue its port operations is surprising in that her government has taken a firmer stance against Chinese investment than that of her predecessor, Ma Ying-jeou. In fact, local regulations formally bar Chinese companies from operating Taiwanese ports. (Cosco however is the largest shareholder in another terminal at Long Beach and owns a terminal at the Los Angeles port.)

In the face of political hostility from Beijing, the Tsai government has taken a cool stance toward potential investments by Chinese state-backed companies. Ma, in contrast, presided over an unprecedented warming of political, transport and business ties with Beijing. 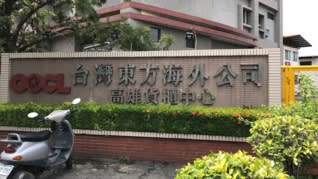 Outwardly nothing has changed at OOCL's Kaohsiung Container Terminal since the company's acquisition by China’s Cosco Shipping. (Photo by Cheng Su-ying)

Yet with port infrastructure, the Ma government limited Cosco and two other Chinese state-owned companies to taking stakes of 10% each in another Kaohsiung terminal in a 2012 deal valued at $135 million. Cosco now holds 20% of the shares of Kao Ming Container Terminal after buying one of the other companies, while China Merchants Port Holdings still has the other 10%.

Cosco officials have said they will maintain OOCL's operational identity and stock market listing in Hong Kong. "Both companies will maintain independent operations," said Cosco President Wang Haimin at a news conference in the city on Aug. 31.

While Cosco held 88.5% of Orient Overseas' shares when the takeover was completed in July, it reduced its stake to 75% last month to meet minimum stock market requirements for keeping the listing. The sale, however, did not reduce Beijing's effective control of OOCL, as 18.4% of the remaining shares are now held by three other Chinese state-owned companies.

On Aug. 3, Cosco overhauled Orient Overseas' board, retaining three of nine directors and appointing 11 new ones. New Chairman Xu Lirong is also chairman of Cosco's parent company and secretary of its Communist Party committee. New Chief Executive Huang Xiaowen is vice chairman of Cosco and a member of its party committee.

Orient Overseas was founded in the 1940s by Tung Chao-yung, who maintained close ties to the Kuomintang authorities who then fled to Taiwan upon their defeat by the Communist Party in the Chinese civil war. When the company ran into financial difficulties not long after Tung's death in 1982, his son Tung Chee-hwa turned to Chinese state companies for help.

The younger Tung was then appointed by Beijing as Hong Kong's first chief executive in 1997. His son Andrew has stayed on as an executive director at OOCL since the Cosco buyout.

Despite denials by other parties that anything has changed at OOCL Taiwan, the Ministry of Economic Affairs' Investment Commission says that it has been sold to new owners.

Emile Chang, executive secretary of the commission, told Nikkei that after a review by his agency and the Ministry of Transportation and Communications, OOCL Taiwan was sold in July to an independent Bermuda-registered company that he declined to identify, but which he said was owned by a Taiwanese businessman. Outside the OOCL Kaohsiung Container Terminal as seen on Sept. 9. (Photo by Cheng Su-ying)

"Both the commission and the transportation ministry are aware of this Taiwanese businessman's background," Chang said. "We have vetted his investment in OOCL Taiwan and it does not include any capital from Cosco."

"The operation of OOCL Taiwan will be run by this Taiwanese company and will not involve Cosco management or capital," he added. "This is part of the conditions to our approval of this deal."

Taiwan Commerce Department records show that OOCL Taiwan's board members were all replaced in late July. Its new chairman is Hsu Ting-hsin, who was already chairman of China Cosco Shipping Co., Ltd. (Taiwan). One of Hsu's fellow new directors at OOCL Taiwan directors is also on the board of Cosco Taiwan.

The directors of OOCL Taiwan are all listed as representatives of a company whose Chinese name would translate as Bermuda Orient Overseas (Agency) Co. This was also true of the previous directors.

The Commerce Department does not have a separate record for Bermuda Orient Overseas. Hong Kong-based Orient Overseas (International) itself is incorporated in Bermuda.

A spokesman for Hsu backed up Chang's account: "It is Hsu and other shareholders' personal and joint investment in the interests in OOCL Taiwan. The investment has nothing to do with Cosco Shipping (Taiwan) or Cosco."

Taiwan International Ports, the state company that has overall authority over Kaohsiung port, is among the parties unaware of any change at OOCL Taiwan, though it has taken note of Cosco's buyout.

"It is still the same group of people who worked for OOCL Taiwan that contact us," said one official at the agency. "As long as the Investment Commission does not say it is a Chinese company and ask us to take a further action, we will act in accordance with OOCL Taiwan's contract with us."

Legislator Huang Kuo-chang, executive chairman of the New Power Party, believes the government has not looked deeply enough into the Cosco-OOCL deal.

"How do we know if the capital behind Hsu's Bermuda-registered company is not from a Chinese company?" he said. "The existing regulations create a loophole for Chinese companies to infiltrate into businesses that they cannot invest in in Taiwan."

"Even the U.S. government far away on the other side of the world has prevented China from taking control of port terminal," Gao Jyh-peng, convener for the ruling Democratic Progressive Party of the Legislative Yuan Economics Committee which oversees the Investment Commission, told Nikkei. “Taiwan should be more cautious about this matter."