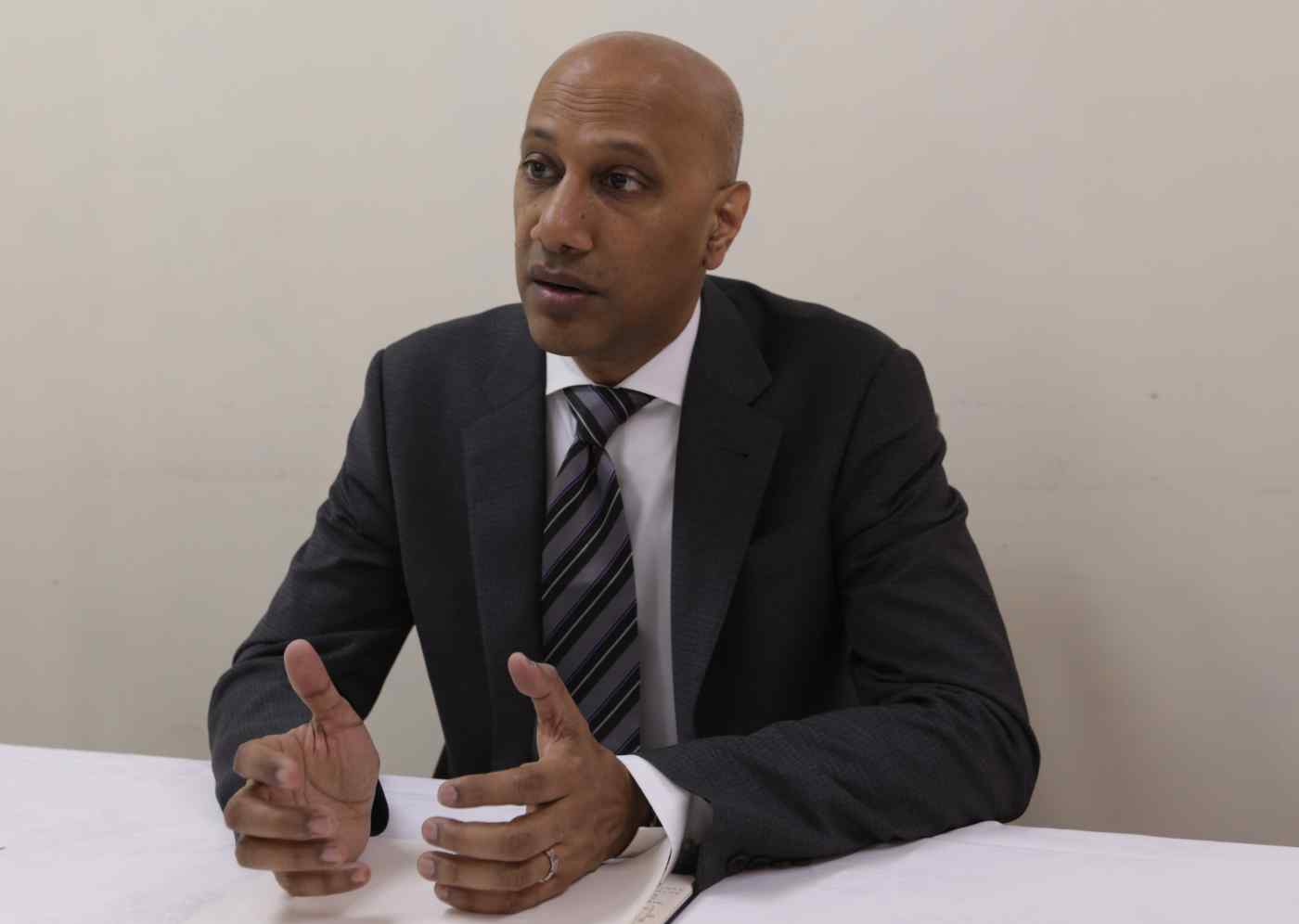 TOKYO -- Nearly 400,000 people come down with dengue fever every year. The mosquito-borne tropical disease appears especially fond of Asia, which accounts for 70% of the infections. While France's Sanofi licensed the first dengue vaccine in 2015, the counteractant has been ineffective for young children.

On the sidelines of the Nikkei Asian Communicable Disease Conference in Okinawa earlier this month, Venkayya, a former director of vaccine delivery at the Bill & Melinda Gates Foundation, spoke about Takeda's vaccine businesses.

Q: Takeda has focused on developing vaccines in recent years. Why?

A: For over 70 years, we have been manufacturing and developing vaccines for the Japanese market. Five years ago, we decided to globalize it, but the vaccines were not well suited for the global market because other manufacturers were already providing them. We chose to only develop vaccines for infectious diseases with a large global burden.

That led to our acquisition of two promising vaccine candidates that had been in development at small U.S. companies: Inviragen's dengue vaccine and LigoCyte's vaccine for norovirus, a cause of gastroenteritis. In both cases, no vaccine was available, but many believe a vaccine could have a significant impact.

Q: How is the development of Takeda's dengue vaccine faring so far? Why is Takeda focusing on this particular disease?

Every year, dengue fever causes around 400 million infections globally. It has a growing footprint, partially due to climate change allowing mosquitoes to spread further and transmit the infection. In 2014, Tokyo experienced a dengue outbreak, which was the first since 1947. It was very unusual to find in an urban environment of a developed country. This shows that dengue could become a much greater problem in the future.

Now that we are in the phase 3 clinical trial, we are positive about the impact we could have with this vaccine. Since last September, we [have been] evaluating the vaccine on 20,000 children in countries across Latin America and Asia, and it is proceeding very well. We expect to have data from this trial next year. It will not take long after that to submit the vaccine for a license.

Q: Last year, the Philippines became the first country to start a public dengue immunization program using Sanofi's vaccine. What are your thoughts?

Even though the first dengue vaccine has been licensed in some countries, it cannot be used for children under 9. There are also questions whether the vaccine is effective to all strains of dengue. Our hope is that our vaccine will be a very effective second generation vaccine that could fill those gaps.

We expect to be able to show that our vaccine protects against all of the strains of dengue, that it is safe to use in all ages, including young children, and that it is effective in travelers who do not live in places that have dengue fever. That will be very valuable for government officials in these countries.

Q: How do you view the overall preparedness of Asian countries against dengue fever?

A: Governments are trying very hard to control dengue with the limited tools that they have, controlling the mosquitoes with spray, and limiting the amount of standing water where mosquitoes can breed. These approaches have had some effectiveness, but they haven't prevented the outbreaks of dengue.

We have spoken to many physicians and government officials about their impressions of dengue. It is a very high priority in many Southeast Asian and South Asian countries because every season they receive large numbers of patients that put a strain on healthcare resources, making it difficult to treat other important healthcare conditions.

Q: Vaccines need to be refrigerated properly. This must make delivery difficult in developing countries.

A: Developing countries have been working on immunization for decades, and many governments have been giving support for the cold chain so that vaccines can make it to the most distant parts of the country. This has been a very high priority for the global health community because children that need the vaccines the most are the ones that are farthest away from the healthcare system.

Often times, those places don't have reliable electricity or clinics that are in good condition, so a lot of investments have been made to bring that up to a certain standard. The Japanese government deserves tremendous credit for investing in cold chain capabilities in developing countries in Africa and Asia through the Japan International Cooperation Agency.

Q: What else is Takeda's vaccine business prioritizing?

A: We started with norovirus and dengue. But then in the past year and a half, we have responded to new developments in the global environment and requests from outside of Takeda. Now we have four vaccines under development, including Zika and polio vaccines.

When the Zika epidemic began, we told the U.S. government that we have expertise in related viruses like dengue. Last September, we received a contract worth up to $312 million. We have been working very hard on that project because they want the vaccine very soon. We are starting the phase 1 study later this year, probably in Latin America.

We had very good discussions with the Japanese government, too. We are likely to have some kind of collaboration with them on the Zika vaccine. We would like this to be a three-way partnership with the U.S. and Japanese governments. The vaccine will be produced at our Hikari plant in Yamaguchi Prefecture.

Another is polio. The Bill & Melinda Gates Foundation asked if we would be willing to produce that Japanese vaccine for the global market for poor countries. They are funding the R&D and costs, and we will provide 50 million doses every year for at least five years at a very low price that is better than any price available today.

Q: Takeda is involved in the Coalition for Epidemic Preparedness Innovations. And now the Japanese government has committed to fund the initiative. What are your thoughts?

A: The purpose of CEPI is to think about the highest priority infectious diseases that could cause the next epidemic, like Ebola and Zika. Then invest in developing vaccines, so that when an epidemic happens, we would be ready with vaccines that are in late development ready to go in phase three that can be tested when the outbreak is happening, and then licensed very quickly. We still don't have a licensed Ebola vaccine. It takes a very long time.

The global initiative was announced in January at the World Economic Forum in Davos. This is an idea that was first proposed at the beginning of 2016 by the Wellcome Trust and the Gates Foundation with the governments of Norway and India. Over the next year those groups along with the WEF and drug companies created this new framework, and Takeda was part of the six major vaccine companies that participated.

CEPI have chosen three disease areas to start with based on the World Health Organization's recommendations: Middle East respiratory syndrome, Lassa and Nipah. The Japanese government became one of the first to fund and committed $125 million over five years. It is exciting that Tokyo is part of the initiative. Japan is becoming more and more involved in vaccine-related activities on the global stage.