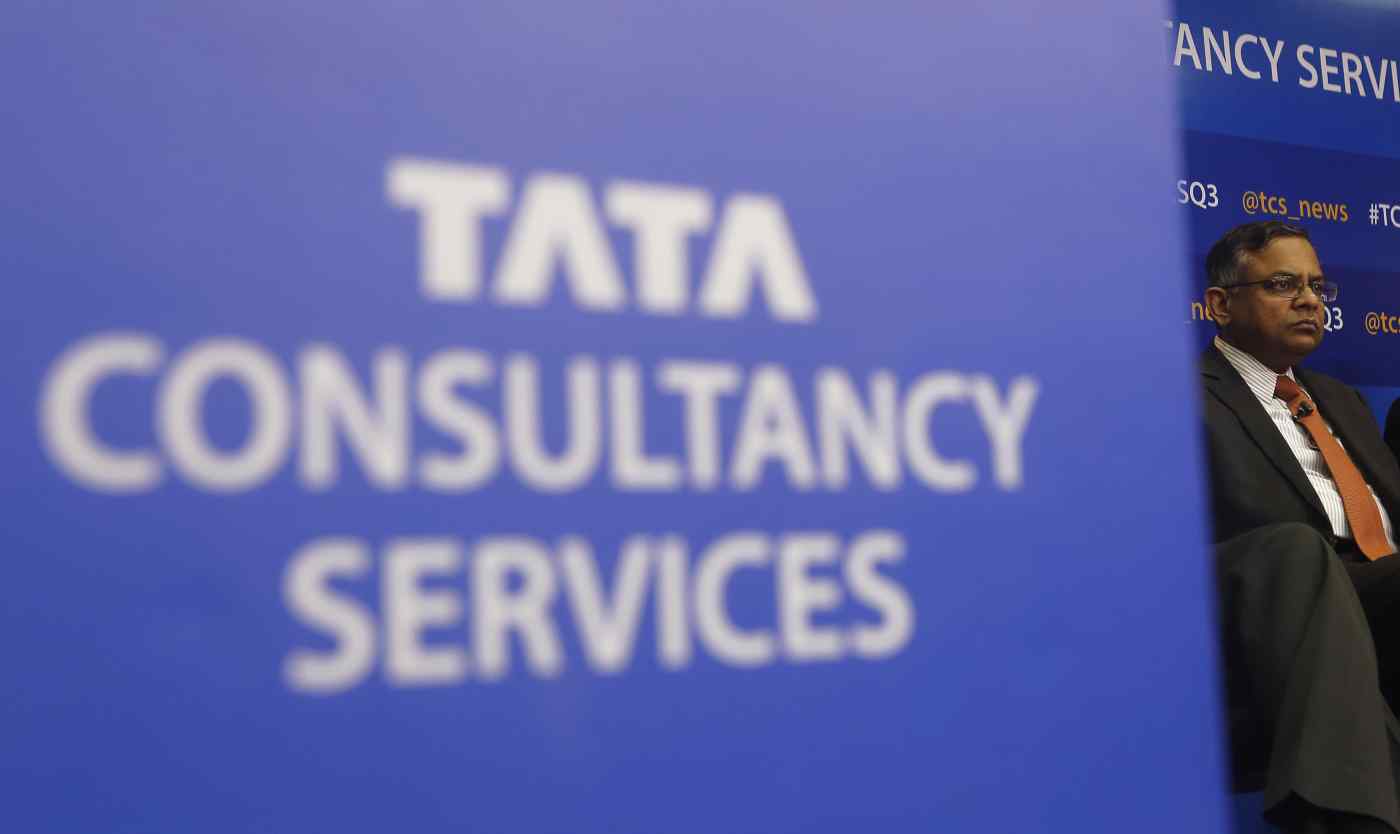 Most of the new deals at TCS marked a shift in the company's revenue to new consumer-facing technologies such as cloud computing and artificial intelligence.   © Reuters
January 10, 2019 21:59 JST | India
CopyCopied

The Tata Group flagship said consolidated net profit in the quarter ended in December increased more than 24% to 81.05 billion rupees ($1.2 billion) from a year-earlier period. Revenue grew about 21% to 373.38 billion rupees. The profit marginally missed analysts' expectation of 82.19 billion rupees compiled by Refinitiv.

The revenue growth is the quickest in 14 quarters, with continued acceleration in key verticals and across all geographies, TCS Chief Executive Rajesh Gopinathan said in a statement. It was a "fairly strong quarter in a seasonally weak period," Gopinathan told reporters at a news conference in Mumbai.

The company's order book expanded 20% sequentially to $5.9 billion in the quarter, he said. TCS has been bagging large contracts worth billions of dollars since the end of 2017 that helped the company consistently outperform market expectations through last year.

Digital revenue, which accounts for 30% of TCS's overall sales, grew 53% in the quarter. Revenue from banking and financial services that account for a third of its sales grew 8.6%, alongside strong growth in the U.K. and Europe.

Most of the new deals at TCS marked a shift in the company's revenue to new consumer-facing technologies such as cloud computing and artificial intelligence. Mumbai-based TCS is one of the few Indian software exporters to grab a substantial share of the clients' investments in these new areas.

Gopinathan reiterated TCS' outlook, saying the company will report double-digit revenue growth this fiscal year if the recovery in financial services continues at a sustained pace. In the past, the spending in the financial services sector had been sagging as most banks in the U.S. were wary of outsourcing, while regulatory changes that raised hopes of more outsourcing deals remained elusive.

TCS' performance comes in the backdrop of an ongoing trade row between the U.S. and China and lingering uncertainty about Britain exiting from the European Union without a trade deal, both of which have stirred fears of a global economic slowdown. Some analysts say that an economic slowdown may squeeze the technology spending of clients next fiscal year.

"We are seeing a strong deal momentum," Gopinathan said. "Macroeconomic trends are hard to predict. But right now, we are not seeing any impact into the medium term."

The company's operating margins in the quarter expanded 44 basis points to 25.6%, partly aided by the weak rupee, which fell 11% year-on-year on average against the dollar. The rupee has fallen 9.2% in 2018, its biggest annual drop in five years, helping boost the profitability of Indian IT companies who predominantly earn revenue in dollars.

Second-ranked Infosys is set to report its third-quarter earnings on Friday.

Ahead of the results, TCS shares remained little changed in Mumbai trading, while the benchmark S&P BSE Sensex closed 0.3% lower.