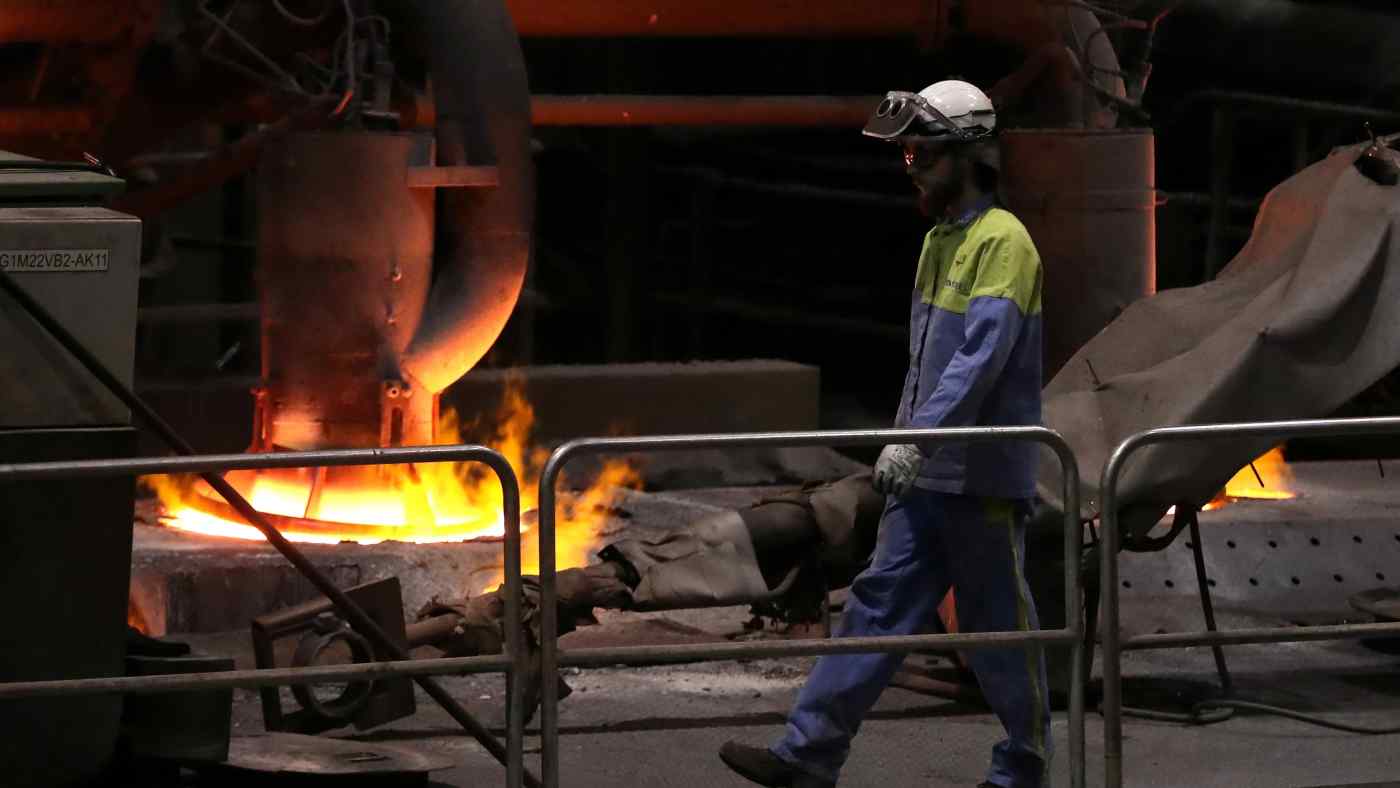 Factory-floor workers will be affected by up to one-third of the job cuts at Tata Steel Europe.   © Reuters
AKIRA HAYAKAWA, Nikkei staff writerNovember 20, 2019 01:14 JST | Europe
CopyCopied

MUMBAI -- India's Tata Steel will cut 3,000 jobs in Europe, more than 10% of the regional workforce, as the steelmaker looks to reduce costs amid the economic slowdown on the continent.

White-collar office staff will make up two-thirds of those affected, Tata Steel said on Nov. 18. The group has not revealed a time frame for the layoffs, nor any extraordinary losses that would result. The move follows a failed merger attempt with German peer ThyssenKrupp.

The Indian group employs 21,000 people at subsidiary Tata Steel Europe, which owns mills in several nations such as Great Britain, Germany and the Netherlands. But European demand for steel has been receding since the latter half of 2018.

In 2017, Tata Steel and ThyssenKrupp agreed to merge European steel assets to boost their competitive advantage. But the European Union signaled that it would block the deal on antitrust grounds, prompting the two steelmakers to cancel the merger this May.

Tata Steel's finances remain healthy overall, with consolidated net profit climbing 6% on the year to 33 billion rupees ($460 million) during the quarter ended in September. But earnings were driven by the Indian business, as Tata Steel Europe's EBITDA -- earnings before interest, tax, depreciation and amortization -- plummeted 85% during the period.