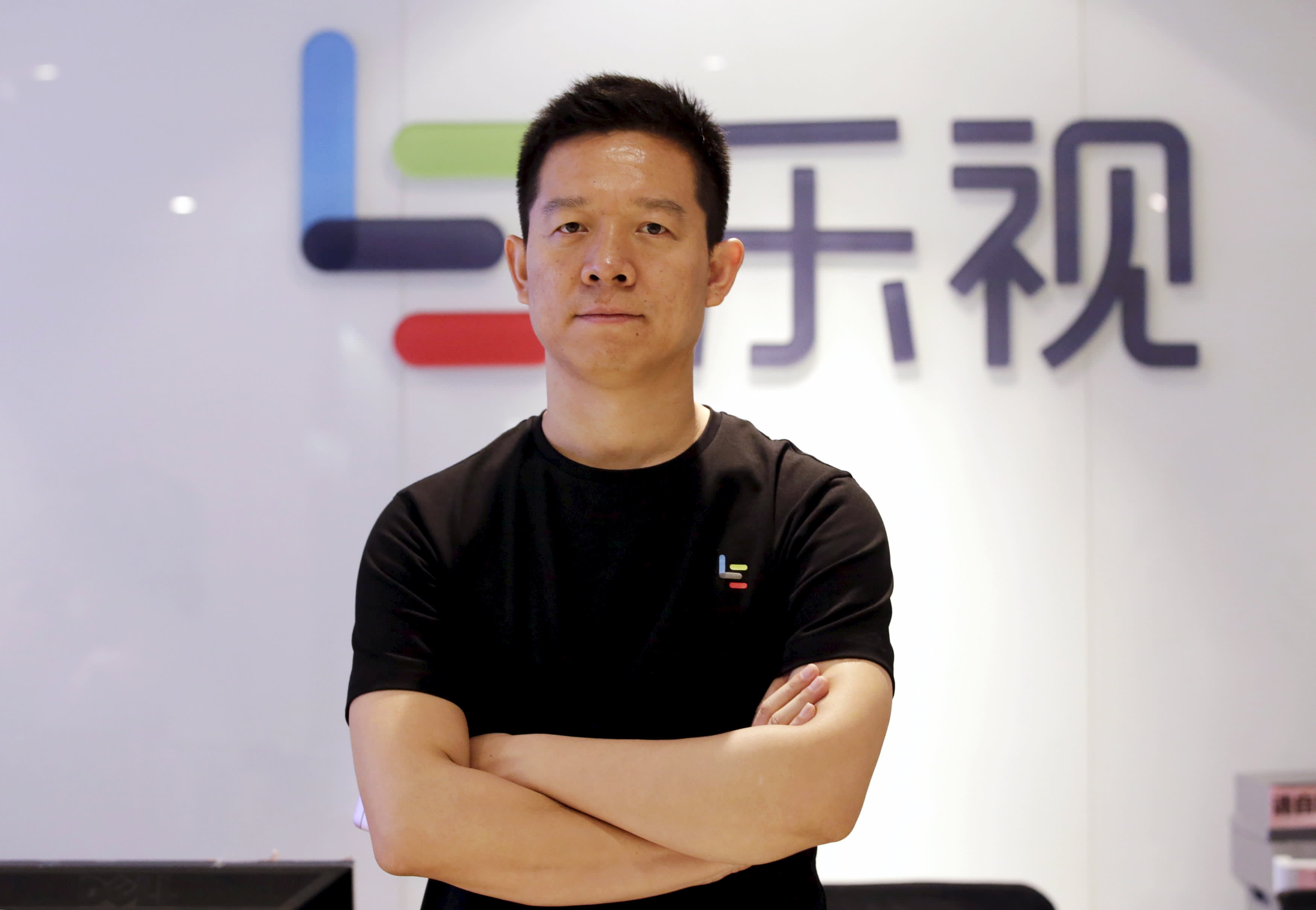 Jia Yueting poses in front of the LeEco logo.

BEIJING (Financial Times) -- Tencent and JD.com are part of a consortium of 10 private investors that have agreed to buy a $437m stake in a subsidiary of ailing tech conglomerate LeEco.

The ecommerce groups are joined by subsidiaries of property giant Evergrande, computer maker Lenovo as well as television manufacturer TCL in investing in LeEco's smart television unit, according to a stock filing from LeEco's Shenzhen-listed arm.

Separately, Faraday Future, a US electric vehicle startup run by LeEco founder and former chairman Jia Yueting, has received a $2bn investment from a Hong Kong-based businessman in return for a 45% stake, according to Chinese business publication Caixin.

The two deals signal something of a comeback for Mr Jia and the LeEco tech empire he built.

Mr Jia, who has been in California since last year, ignored a summons from the China Securities Regulatory Commission to return home. Instead he worked on reviving his ambitions to build a successful electric vehicle company.

Last year, he stepped down as head of the LeEco conglomerate he had built after its subsidiaries piled on debt. The companies had moved rapidly away from LeEco's core businesses in television making and video streaming, into electric vehicles and film production.

Sun Hongbin, chairman of property conglomerate Sunac, agreed in 2017 to invest in various LeEco subsidiaries to revive the company. But last month, Sun declared his white-knight investment had been a failure.

Sun's 33.5% stake in the LeEco television subsidiary, New LeShi Zhijia, will drop to 28.2% after the current investment round.

It is unclear what the consortium expects to achieve from its investments in the smart-TV factory. "There is very little discussion of what the firms hope to gain or what the strategy is, to either turn around the firm or gain a usable product," said Christopher Balding, professor at Peking University's HSBC business school.

"Any smart TV or streaming TV would seem to add no user base to Tencent," Mr Balding added. "Additionally, I fail to see what Sunac or JD.com get out of this deal."

Tencent and JD.com were also among the 10 private investors that took an $11.7bn equity stake in ailing state telecoms company China Unicom last August. The deal was largely seen as motivated more by politics than business because mixed-ownership reform plans - injecting private capital in state-owned enterprises - has had mixed results in China.