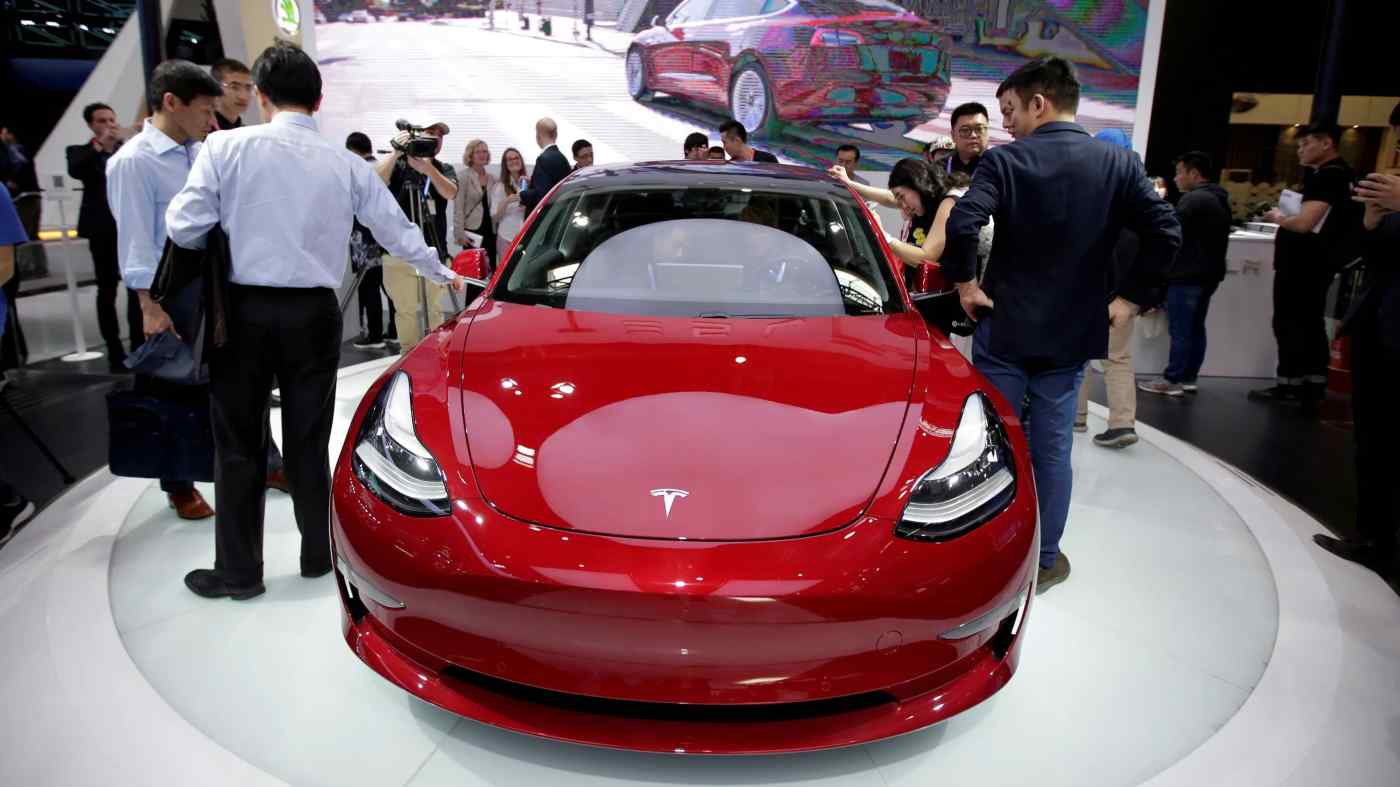 Tesla's goals of becoming a mass producer of electric vehicles, on the order of 1 million cars a year, will be pushed back for now.

The decision reflects the dilemma facing the EV industry. Bringing down production costs -- the key to attracting more buyers -- requires major investments in innovation. But that is difficult under the thin profits that EVs produce.

Panasonic will also suspend its planned investment in Tesla's integrated automotive battery and EV plant in Shanghai. Instead, it will provide technical support and a small number of batteries from the Gigafactory. Tesla is committed to buying batteries for the cars built at the Shanghai factory from a number of makers.

Tesla shares fell close to 4% in Thursday's trading on the Nasdaq, before closing 2.77% lower.

The Gigafactory, in the U.S. state of Nevada, has been making batteries for the Model 3, Tesla's new small sedan, since January 2017. Panasonic, one of the world's biggest producers of electric vehicle batteries, manufactures the cells, and Tesla combines them into battery packs before assembling the cars in their California plant.

The Gigafactory currently is said to have the capacity to supply more than 500,000 cars annually. The companies had intended to expand the capacity to the equivalent of 54 gigawatt-hours a year by 2020, up from 35 GWh at present.

Tesla sold 245,240 vehicles in 2018. This year it plans to sell 360,000 to 400,000 cars, but deliveries have been delayed due to production bottlenecks. Since last summer, Tesla executives have stopped specifying a target date for reaching 1 million cars annually. An aerial view of the Tesla Gigafactory near Sparks, Nevada. The plant is said to currently have the capacity to supply more than 500,000 cars annually.   © Reuters

Panasonic first signed a supply contract with Tesla in 2009, and deepened its engagement the following year by taking a $30 million stake in the American company.

Tesla and Panasonic have invested $4.5 billion in the plant to date. Six months ago, Panasonic President Kazuhiro Tsuga said the company would consider "further investment in North America, keeping in step with Tesla." It was reportedly considering putting an additional 100 billion yen to 150 billion yen ($900 million to $1.35 billion) into the Gigafactory.

But Panasonic's Tesla EV battery business had operating losses exceeding 20 billion yen in the financial year that ended in March, up from a year earlier. The losses were exacerbated by delays in the start of production of the Model 3.

Tesla's unit sales fell about 30% in the January-to-March period versus the previous quarter, hurt by slower growth in China, smaller tax breaks for electric vehicles and problems with logistics. This has made the companies more cautious about the future, although they plan to continue joint operation of the plant. In February, he tweeted that Tesla production will reach "around 500k" in 2019. He subsequently corrected the tweet after the SEC accused him of not following the settlement.

Wall Street analysts have recently raised concerns about weakening demand for the Model 3. In an April 4 report, Goldman Sachs analysts said, "Volume expectations for the company's products in 2019 are too high, with consumer demand likely lower as subsidies phase out in the U.S."

Tesla is scheduled to launch a small SUV, the Model Y, that is likely to use the same batteries as the Model 3. The two companies will reevaluate their expansion plans for the Gigafactory in 2020 or later, depending on how well the models sell.

"Both Tesla and Panasonic continue to invest substantial funds into Gigafactory," Tesla said in a statement Thursday. "That said, we do believe there is far more output to be gained from improving existing production equipment than was previously estimated. We are seeing significant gains from upgrading existing lines to increase output, which allows Tesla and Panasonic to achieve the same output with less spent on new equipment purchases."

Demand for cells continues to outpace supply, Tesla said. "It remains the fundamental constraint" on Tesla vehicle production, it said in the statement.

Prices for Tesla cars start at $35,000 for the Model 3, its lowest-priced model. Batteries make up about half the cost of an EV.

Given the relatively small profit margin on these cars, significantly cutting battery prices will be difficult without further technological advances. And lowering sticker prices is crucial to getting more EVs on the road.