Thai Airways barely in the black; sees tough going ahead 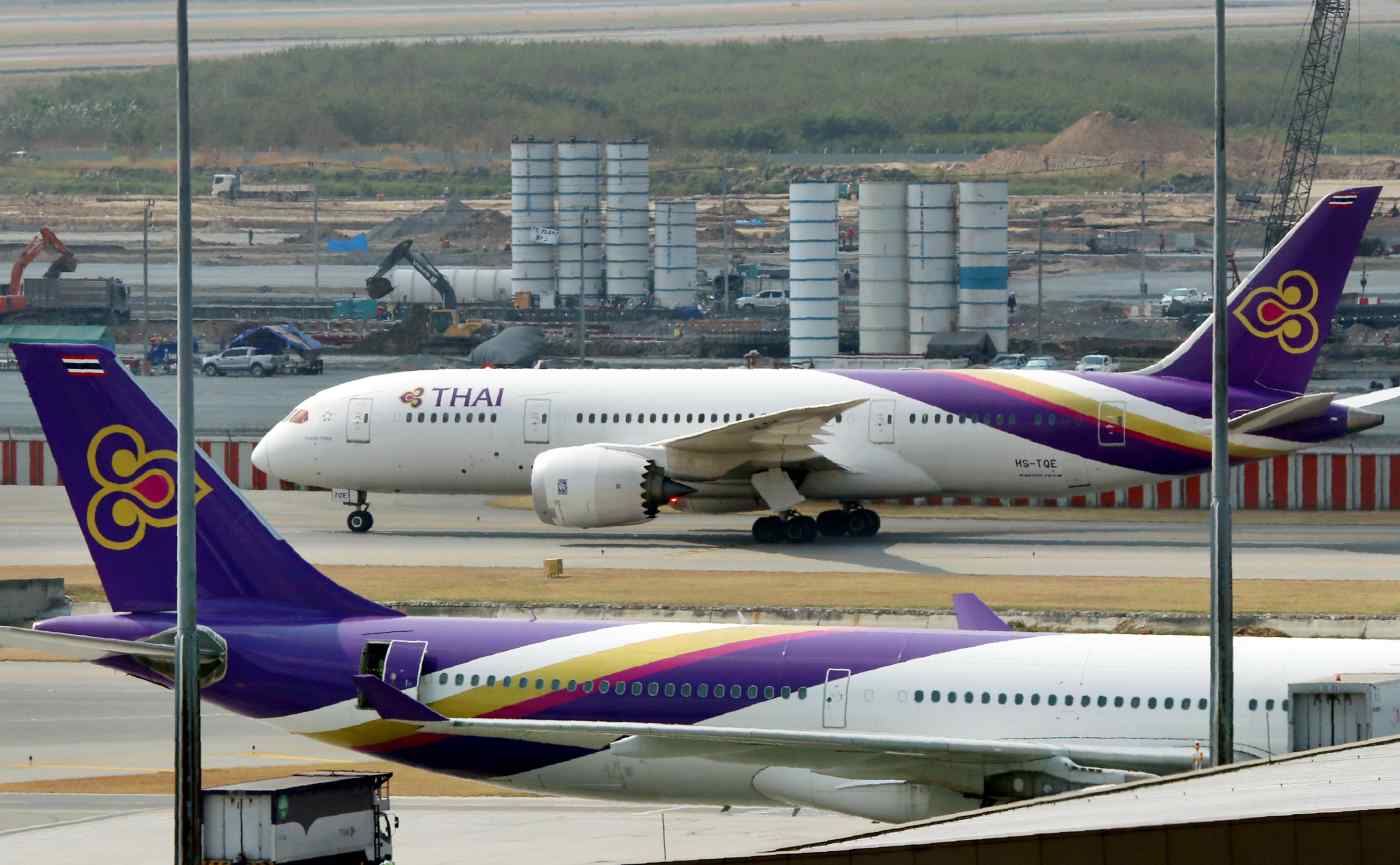 BANGKOK -- Things are looking up for Thai Airways International, which turned a profit in 2016 for the first time in four years. But the state-owned flag carrier may be in for some turbulence as competition heats up and costs rise.

The airline eked out a group net profit of 15.1 million baht ($437,000) last year, thanks mainly to cheaper oil, which resulted in a 28% decline in fuel costs. This minuscule figure, however, will not dispel doubts about the company's ability to generate money. An uptick in crude prices could easily push the company back into the red.

The airline expanded operations in the second half of 2016 as part of efforts to regain profitability, but the outlook remains hazy. Sales in 2016 dipped 2% to 178 billion baht, although the company managed to be profitable after losing 13 billion baht in 2015.

Also helping the company was the financial restructuring carried out in 2015. This led to a 70% plunge in asset impairment costs compared with the previous year.

The airline's recent profitability is unlikely to reassure investors, as quarterly earnings figures signal a bitter struggle to stay in the black. Already, the company posted a net loss of 1.46 billion baht on sales of 44.5 billion baht for the October-December quarter. This represents a 4% drop in sales from the same period in 2015, when the carrier notched a net profit of 5 billion baht.

The first three months of 2016 -- the peak season for Thai air traffic -- was the only quarter during which the airline operated in the black.

To lift its slumping bottom line, the company has started expanding its route network. Since October 2016, the airline added three routes: Bangkok-Tehran, Phuket-Frankfurt and Bangkok-Moscow. It has also increased flights to major destinations in Europe such as London and Brussels, and is considering restarting services to the U.S., which have been halted for about two years.

In January, Thai Airways integrated its short-haul "Thai Smile" flights to and from Bangkok into services based at Suvarnabhumi international airport. The move is aimed at expanding the group's customer base by increasing convenience for transit passengers.

Thai Airways is also trying to cut its fleet operation costs by introducing new fuel-efficient aircraft. It will take delivery of five Airbus A350-900 XWB long-range jetliners and two Boeing 787-9 Dreamliners in 2017. These planes will be used mainly for international flights.

But this drive to expand is no assurance of increased sales and profits.

A report published in January by CAPA, Centre for Aviation, a consultancy focused on the airline industry, warned that newfound profitability at restructured Thai Airways could be at risk as competition continues to intensify. The report also took a dim view of the airline's plans to launch nonstop services to the U.S., describing the idea as a risky proposition that could further impact the group's profitability.

The airline's stock has been languishing in the 17-baht range for some time, down from the near-term peak of 32 baht logged in September last year when investors were excited about the prospects for the company turnaround.

As crude oil prices begin to climb, the airline will have to deal with rising operating costs before it demonstrates that its bottom line is steadily moving up.

Investors are clearly unsure about the wisdom of betting on a further improvement in the airline's earnings performance.