Thai banks Thanachart and TMB in talks to merge 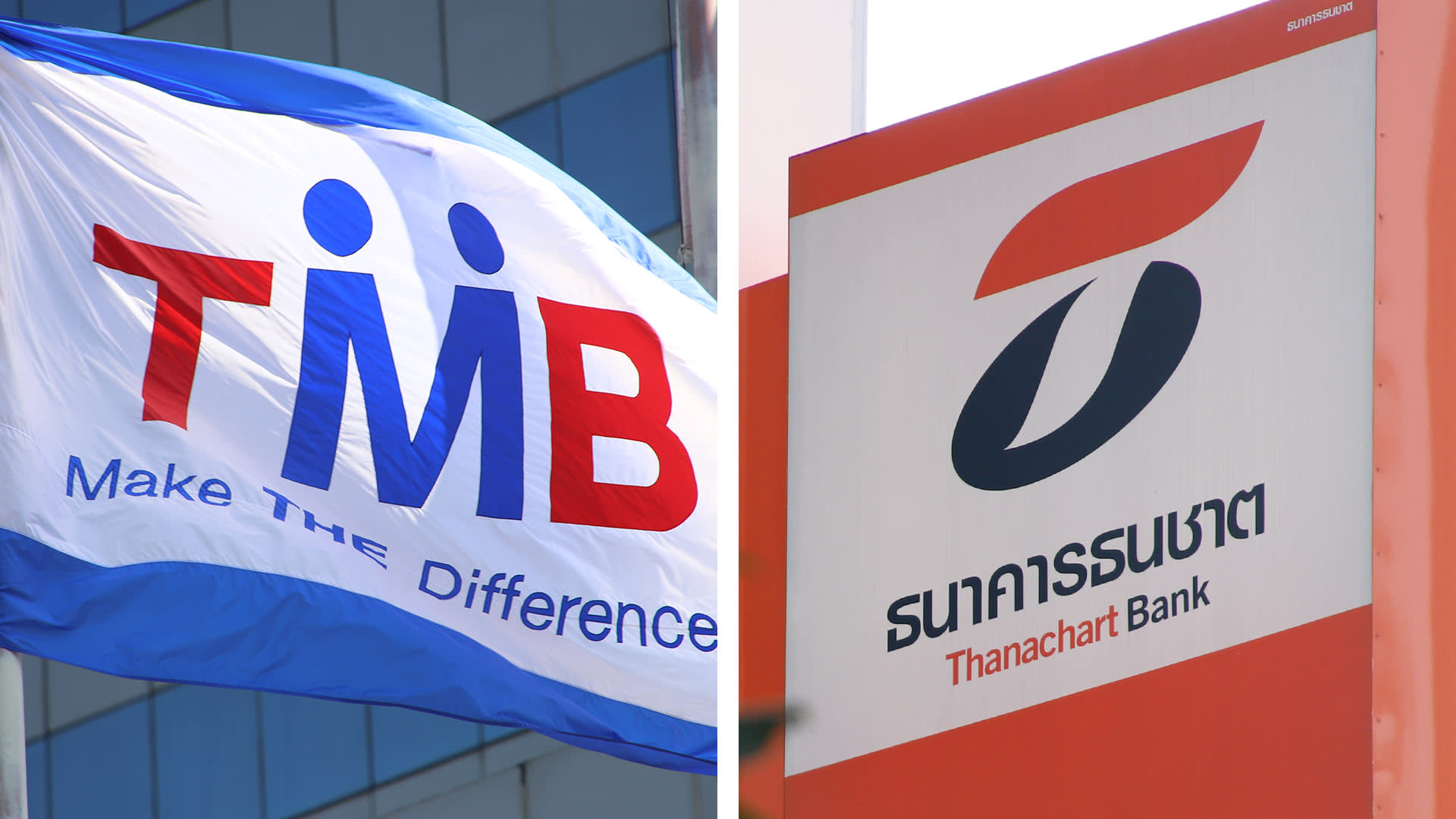 BANGKOK -- Thailand's Thanachart Bank and TMB Bank, the country's sixth- and seventh-largest lenders by assets, are considering a merger to become more competitive at home and across Southeast Asia.

Finance Minister Apisak Tantivorawong told reporters Wednesday that he had met separately with representatives from the two banks to discuss a possible merger.

Apisak stressed that the two sides had not reached a conclusion to their talks. "The two banks have not told us when the deal would be finalized," he said.

Should the merger materialize, it would produce a bank with combined assets of 1.8 trillion baht ($55 billion), according to central bank data as of October. This would make it slightly smaller than fifth-ranked Bank of Ayudhya, which has assets of 2 trillion baht.

A deal may take time as international companies are involved. Thanachart Bank's largest shareholder is Canada's Bank of Nova Scotia with a 24.98% stake. TMB, meanwhile, is 29.9% held by Netherlands-based ING Group. The Thai government also holds a stake in TMB, which was founded as a bank for military servicemen.

Apisak said a merger would not be guaranteed to receive quick approval from the Finance Ministry, which supervises the banking sector. He also mentioned that Krung Thai Bank, the country's third largest lender by assets, had shown interest in acquiring a stake in TMB. KTB has assets of 2.7 trillion baht as of October.

If a deal comes to pass, it could trigger a series of financial mergers and acquisitions as Southeast Asia's second-largest economy confronts an overpopulated banking sector.

Analysts say Thai banks need to consolidate to establish themselves as regional players. Bangkok Bank, with assets of 2.96 trillion baht ($90.6 billion), is the largest Thai bank by this measure, but ranks only sixth in the region. By comparison, Singapore's DBS Group Holdings, the largest financial institution in Southeast Asia, had $395 billion in assets at the end of September.

In April, the cabinet approved a corporate income tax deduction and a value-added-tax exemption for banks that merge. It was in line with the Bank of Thailand's plan to transform Thai banks into regional institutions.

Seeking greater scale is only one way Thai banks are trying to change. Kasikornbank and Siam Commercial Bank are moving in the direction of digital banking, while closing hundreds of physical branches. Bangkok Bank has strength in wholesale banking.

State-owned Krung Thai Bank, with branches in every province, provides stable service throughout its network. Bank of Ayudhya offers stronger international services as a member of Japan's biggest financial group.

With the rise of mobile payment services such as Alipay and Line Pay, banks must also compete with tech giants, not just each other.