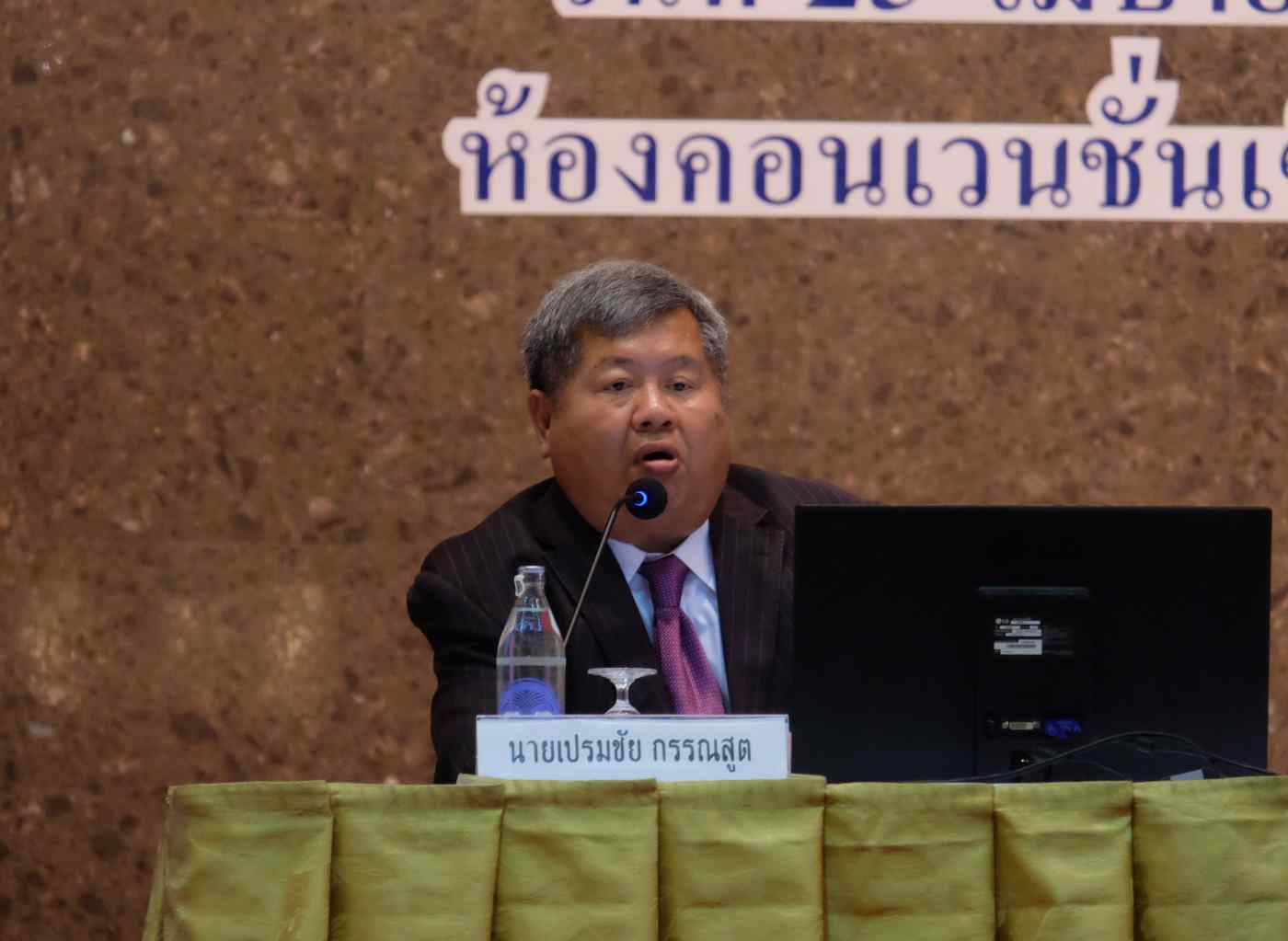 Premchai Karnasuta, president of Italian-Thai Development, denies allegations of poaching and tells shareholders he will stay in office unless he is thrown in jail. (Photo by Yukako Ono)
YUKAKO ONO, Nikkei staff writerApril 25, 2018 22:51 JST
CopyCopied

BANGKOK -- Premchai Karnasuta, president of Thailand's largest construction company Italian-Thai Development, who was arrested for poaching wild animals in a World Heritage sanctuary, said on Wednesday that he will stay in office while fighting the case in court.

The high-profile tycoon, who is now on bail, was talking to reporters on the sidelines of the company's shareholders' meeting in Bangkok. Asked if he intends to continue serving in his position, he said: "Of course, unless I am put in jail."

Prosecutors are pressing at least seven charges against Premchai including the unauthorized hunting of protected wildlife, concealing wildlife carcasses obtained illegally, and the illegal possession of firearms.

On Wednesday, Premchai denied those allegations. "I didn't do it," he said. "I arrived [at the sanctuary] on Saturday night, slept and the next day I was captured and detained for two days."

Early February, Premchai and three employees of Italian-Thai were arrested for allegedly hunting endangered wild animals and were found with a rare black leopard in a restricted site of a wildlife sanctuary in the western province of Kanchanaburi.

Since the president's arrest, shares in Italian-Thai have plunged. Although the construction sector had generally underperformed the overall Thai stock market due to delays in public infrastructure projects, the shares of Italian-Thai have fallen the most over the last seven weeks, by more than 20%.

During the general meeting, one shareholder asked how the company will recover investors' confidence. Premchai, who has been at the helm of the family business for 35 years, said that he understood shareholders' concerns but stressed that there had been "no impact" on the company.

"After the incident, I called various clients including those abroad and most of them understood -- they showed sympathy, encouraging me to keep on with my work," he said. "Business with banks and state officials are as normal too."

Premchai closed his remarks by vowing to "work hard for the company and shareholders wholeheartedly." The floor responded with a round of applause.

Krison Jittorntrumk, chairman of the board, admitted that the company had faced some consequences such as the resignation of independent director Mingsarn Kaosa-Ard, an academic in environmental studies.

But he reassured shareholders that the company would be fine in the "short and middle term" pointing out that a string of projects worth more than 300 billion baht ($9.5 billion), including mass transit constructions, are in the pipeline.