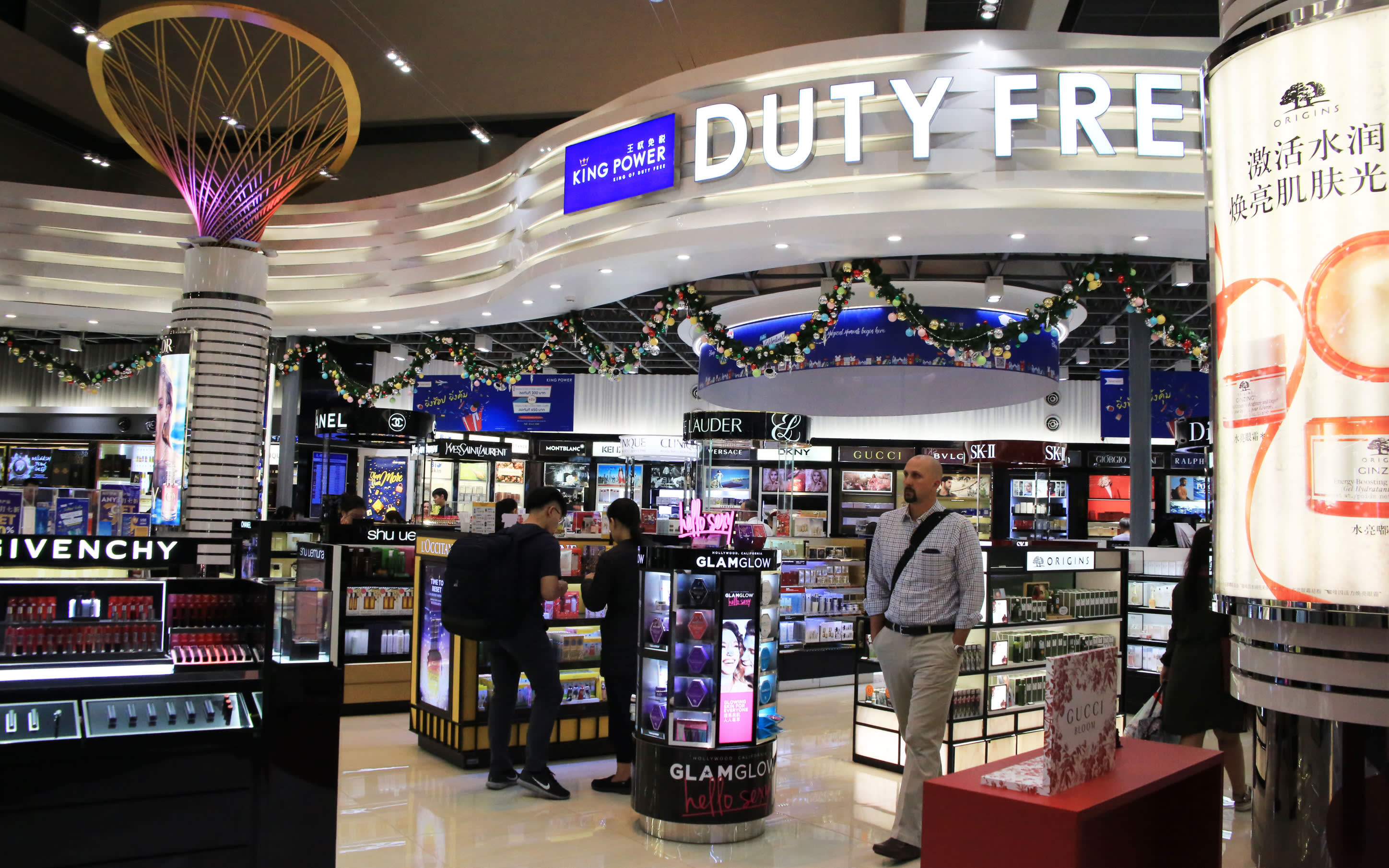 BANGKOK -- Thai retailer King Power faces a challenge to its grip on the country's duty-free sector as at least four contenders prepare to bid for the operating rights of airport shops.

The president of state-owned Airports of Thailand, Nitinai Sirismatthakarn, revealed the potential bidders for the operating rights of duty-free stores at Bangkok's main international Suvarnabhumi airport on April 18 in a Facebook post.

King Power, owner of the English Premier League's Leicester City Football Club, has had duty-free monopolies at Suvarnabhumi and three other airports since 2006.

The company has maintained a strong grip in the sector for over 30 years since being granted a license to operate duty-free concession at Don Mueang, Bangkok's former main airport, and at Chiang Mai and Phuket international airports. The upcoming auction could change the landscape of the sector.

The bidders must submit their applications by May 22. Airports of Thailand will decide the winning bidder on May 31.

The duty-free business is a major beneficiary of a tourism boom in Thailand, where arrivals exceeded 38 million people last year. The number is expected to continue growing as the junta government kept its stance to boost tourism, which accounts for 20-30% of the nation's gross domestic product. On April 17, the cabinet approved the construction of a third runway for Suvarnabhumi airport, which is to cost 21.8 billion baht ($685 million).

The auction winner was originally planned to be announced on May 10, but the date was pushed back about three weeks. The delay was caused by Airports of Thailand's late decision to split the rights to operate duty-free shops at Suvarnabhumi with three other airports -- Chiang Mai, Phuket, and Hat Yai.

The airport operator at first was strongly against splitting the bids, even though the public had raised concerns on King Power's monopoly. "It is too big to allow only one duty-free operator," Worawoot Ounjai, president of the Thai Retailers Association said.

But after Prime Minister Prayuth Chan-ocha sided with retailers, saying, "I want the related authorities to consider it carefully to prevent any monopoly," Airports of Thailand quickly changed its stance and split the bids.

The auction for Chiangmai, Phuket and Hat Yai airports will be held on June 10. However, the Suvarnabhumi contract is considered the crown jewel as Bangkok's main gateway is said to account for about 80% of the four airports' daily duty-free sales.

The list of Suvarnabhumi duty-free bidders did not contain names of regional duty-free groups such as Hong Kong's DFS Group and South Korea's Lotte Group. Worawoot, of the Thai Retailers Association, had told Nikkei Asian Review that Lotte was interested in joining the bidding.

But the door is still open for global or regional players. By forming a joint venture with the current potential bidders, they will still be able to race for the cash-cow project.

Airports of Thailand earned 16.7 billion baht from concessions for the year ending September 2018, 13.3% more than a year earlier.

King Power has held the concession at Don Mueang since 1989, and will hold the concession until 2022 after renewing it in 2012. It contracted then to pay 63 million baht per month, well above Central Group's offer of 40.6 million baht. The local duty-free giant held the Suvarnabhumi concession since the airport opened in 2004.

Fiercer competition may shoot up the settlement price of the concession.