Minor International got its start running restaurants and hotels, mostly in Thailand, like this one in Bangkok.
MARIMI KISHIMOTO, Nikkei staff writerJune 27, 2018 13:00 JST | Thailand
CopyCopied

NH Hotel Group has about twice as many properties as Minor. The acquisition, if completed, will be the Thai company's largest, and more than triple the size of its global hotel network.

"This is the largest M&A we’ve ever done. It’s certainly one of the largest Thailand has ever seen in the hospitality business," said Minor International Chairman William Heinecke at an event on June 19, adding, "You have to have size, scale to compete with the larger companies, so we are pleased with this step, which makes us, certainly, one of the largest players in the hotel industry."

Heinecke's remarks underscore the company's desire to take control of the Spanish hotel operator by acquiring 51% to 55% of its outstanding shares. Minor plans to buy a 25.2% stake in NH Hotel from China's HNA Group, the Spanish company's current top shareholder, by September.

Including a stake to be purchased from Oceanwood, NH Hotel's second-largest shareholder, in July, Minor plans to boost its stake to 38% from the current 9%. The Thai company will launch the tender offer after it is approved by shareholders at an extraordinary general meeting in August. Minor then hopes to complete the acquisition of NH Hotel, possibly by early 2019.

The acquisition of NH Hotel will be Minor's biggest yet, far exceeding the roughly 300 million euros it spent to buy Portugal's Tivoli Hotels & Resorts in 2016.

NH Hotel is Europe's sixth-biggest hotel chain. It is strong in the midprice segment and operates 382 hotels, mainly in the U.S. and Europe. NH Hotel has about twice as many properties as Minor. The acquisition will see Minor's global network expand by 240%. "Certainly in our industry, scale is very important," Heinecke said at the June 19 event.

Thailand is Minor's home turf, but it has steadily expanded its footprint in the Middle East and Africa as well as Asia. Minor has faced an uphill battle in the mature European and U.S. markets. As of June, the Thai company had only 13 hotels in Europe and a total of two in the U.S. and South America.

NH Hotel's properties are strategically located in European gateway cities, according to an executive with Minor. The company's move to acquire NH Hotel is a shortcut to gaining a presence in such locations. 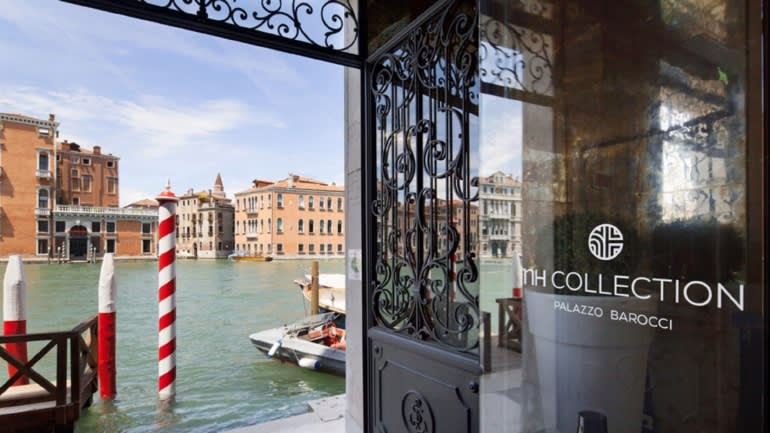 HNA Group's financial difficulties have helped Minor's bid to buy the Spanish hotel chain. The Chinese company made a splash with its aggressive acquisition strategy. It was also an equity investor in U.S. hotel chain Hilton Worldwide Holdings. But HNA Group has lately been dumping overseas assets in response to a Chinese government crackdown on foreign acquisitions.

Minor was founded in 1978, running hotels and restaurants, mainly in Thailand, until the 2000s. It started expanding overseas in earnest in the 2010s. Since then, the company has bought a number of foreign concerns. As a result, the company has seen its overseas revenue as a share of the total surge to nearly 50% in 2017, up from about 10% in 2008.

Minor has also gone on an acquisition spree in its restaurant business. In April, it spent $12 million to buy London-based Benihana Holdings, which operates a chain of Japanese-style teppanyaki restaurants in Europe and the Middle East.

The parent company takes its name from a teppanyaki restaurant opened in the U.S. by Rocky Aoki, a former professional wrestler. Benihana became well-known, thanks to the flashy performances of its chefs, who concoct meat and vegetable stir-fries on large iron griddles. Aoki was hailed as having achieved the American dream, thanks to the success of his restaurant business.

Benihana Holdings runs 19 restaurants in 12 countries, excluding Japan and the U.S. Minor brought Benihana under its control to speed up its openings of franchise restaurants in Asia, Europe, the Middle East and elsewhere.

Minor plans to increase the number of restaurants it operates by 70% to about 3,500 by 2022, versus 2017. To achieve that target, the company will quicken the pace of restaurant openings at home and abroad.

Thailand is a major destination for international tourists. According to the United Nations' World Tourism Organization, Thailand ranks ninth worldwide by international tourist arrivals. Minor is trying to become a global player by leveraging the hospitality expertise it has developed in its home market.