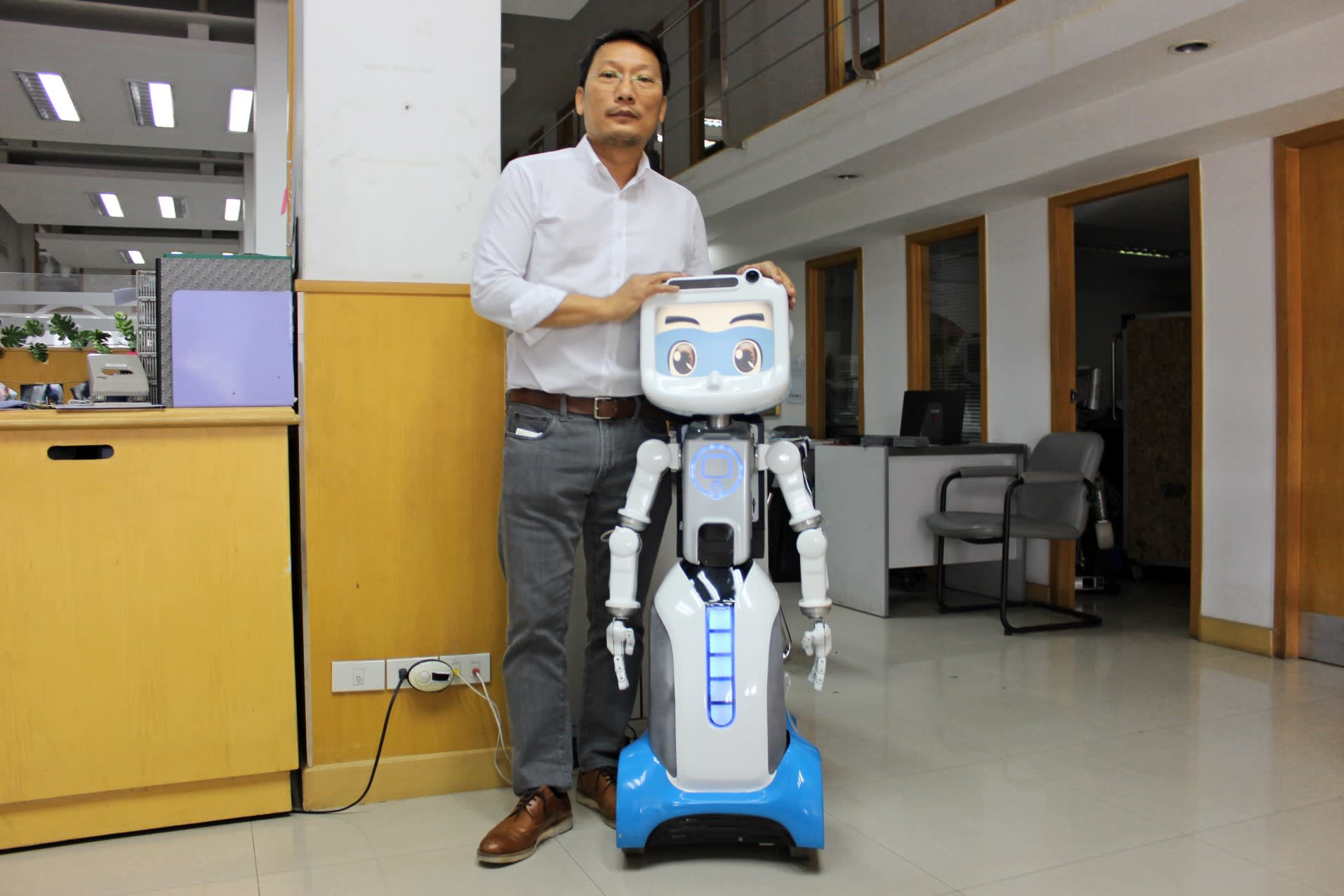 BANGKOK -- Thailand-based startup CT Asia Robotics will begin volume production of a robot designed to help care for elderly people in its own country and Japan, both of which are coping with rapid demographic changes.

Founded in 2009, CT Asia stands as one of the few robotics ventures in Southeast Asia. The company employs about 80 engineers, including graduates of Thailand's well-regarded Chulalongkorn University, and has won regional robotics competitions.

The robot slated for mass production, Dinsow, is priced at 85,000 baht ($2,500) and can converse with people, issue reminders to take medication and alert a caregiver if a patient has not moved in more than an hour. A few orders have already been filled, including for an elder-care facility in Japan.

CT Asia recently contracted with a Bangkok manufacturer to produce 1,000 units this year. The venture aims for 5,000 orders in 2018, CEO Chalermpon Punnotok says. It has secured enough capacity to make up to 10,000 robots a year.

Thailand is the first Southeast Asian country to experience the rapid graying already taking place in Japanese society. The United Nations projects that 19% of Thailand's population will be 65 or older in 2030, making for a twofold increase over 15 years.