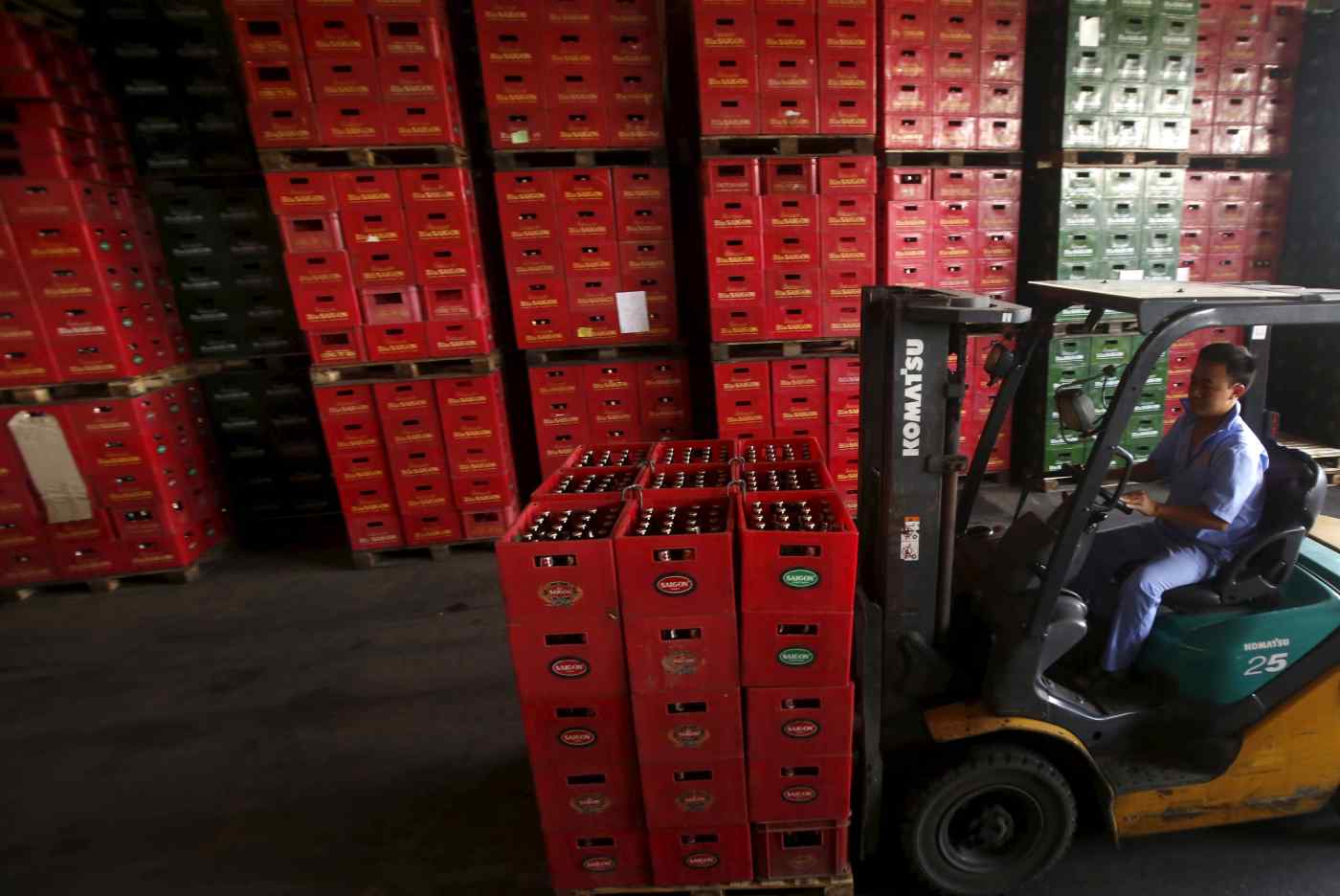 A man uses a forklift to transport crates of beer at a factory of Sabeco in Hanoi.   © Reuters
YUKAKO ONO, Nikkei staff writerDecember 18, 2017 21:06 JST | Vietnam
CopyCopied

BANGKOK -- A Thai Beverage affiliate won the right to buy around 54% stake in Vietnam's Saigon Beer Alcohol Beverage Corp. in what is to be the Vietnam government's biggest divestment of a state-owned enterprise.

The ThaiBev unit, Vietnam Beverage, won the right at an auction held on Monday afternoon in Ho Chi Minh City. 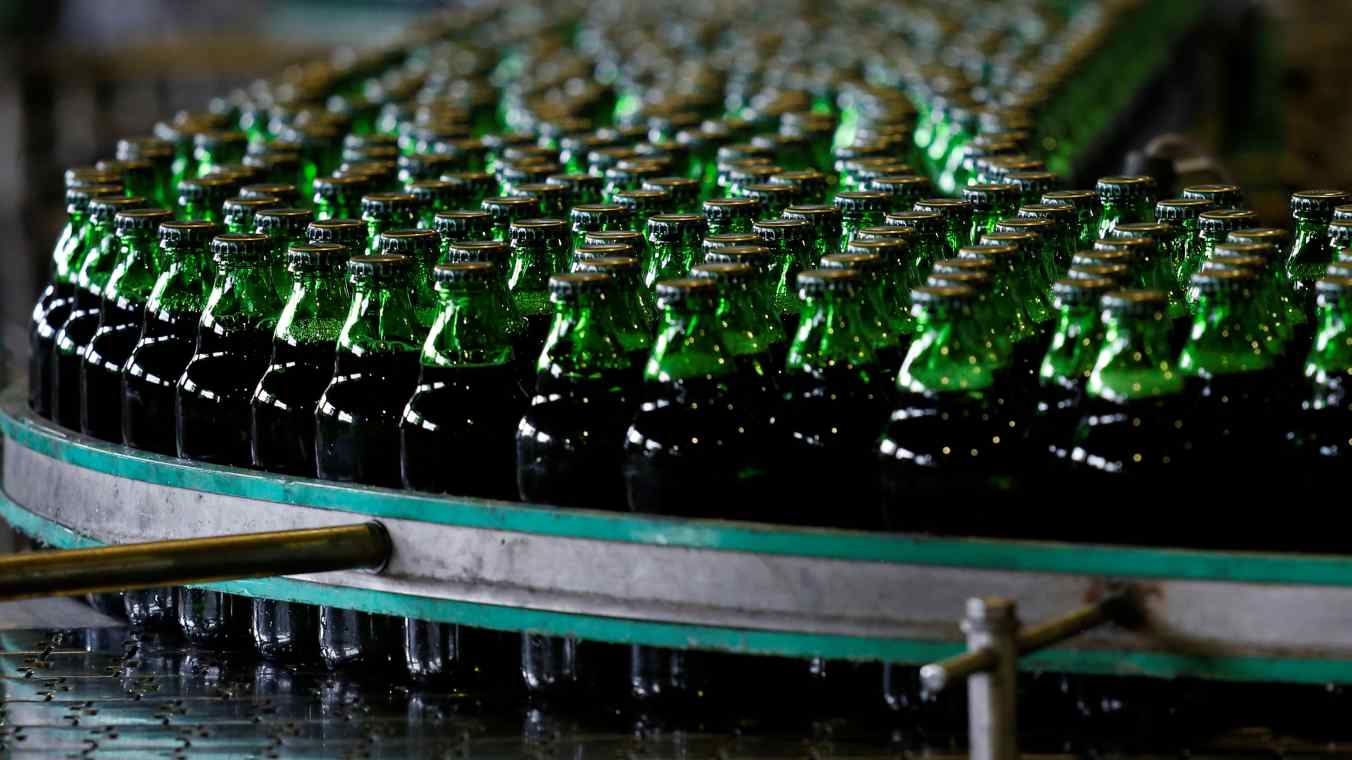 Vietnam Beverage was the only institutional bidder for the company better known as Sabeco. An individual investor who introduced himself as a fortune teller and spiritual dancer also participated in the auction, acquiring a negligible stake. 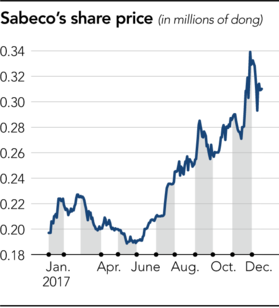 Thailand has a population of around 68 million, but ThaiBev desperately wants to help itself to more of the rising income of Southeast Asia's 600 million people.

The company has generated most of its overseas sales in Europe. In Scotland, it owns the Old Pulteney whiskey distiller. But CEO Thapana Sirivadhanabhakdi now sees growth potential in Southeast Asia, especially in Cambodia, Vietnam, Myanmar and Laos -- from where many of Thailand's migrant workers hail and where people have similar tastes to Thais.

Vietnam has the largest beer market among the 10 members of the Association of Southeast Asian Nations, with annual production of more than 4 million kiloliters, according to a Kirin Holdings research.

When word began to circulate around 2015 that the Vietnamese government was mulling a sale of Sabeco shares, ThaiBev showed an interest in acquiring them. In 2016, when the government offered to sell shares in Vietnam Dairy Products, Fraser and Neave, a Singapore-based beverage unit of TCC that is 28% owned by ThaiBev, purchased an additional 5.4% stake in Vietnam's largest dairy company, known as Vinamilk. That raised its stake to nearly 20%.

Thai Beverage's cash and cash equivalents were 9.9 billion baht ($297 million) as of Sep. 30. Soh Lin Sin, an analyst at Phillip Securities, estimates new loans of around 36 billion baht will be required to fund the company's recent shopping spree, including the Myanmar distilleries purchase.

Added another analysts: "Other potential bidders already had breweries outside their home markets, but Thai Beverage had nothing much. So it was an opportunity they had to jump to despite the hefty price." 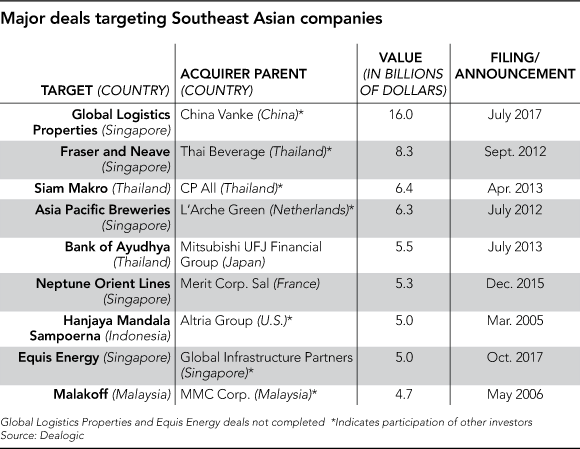