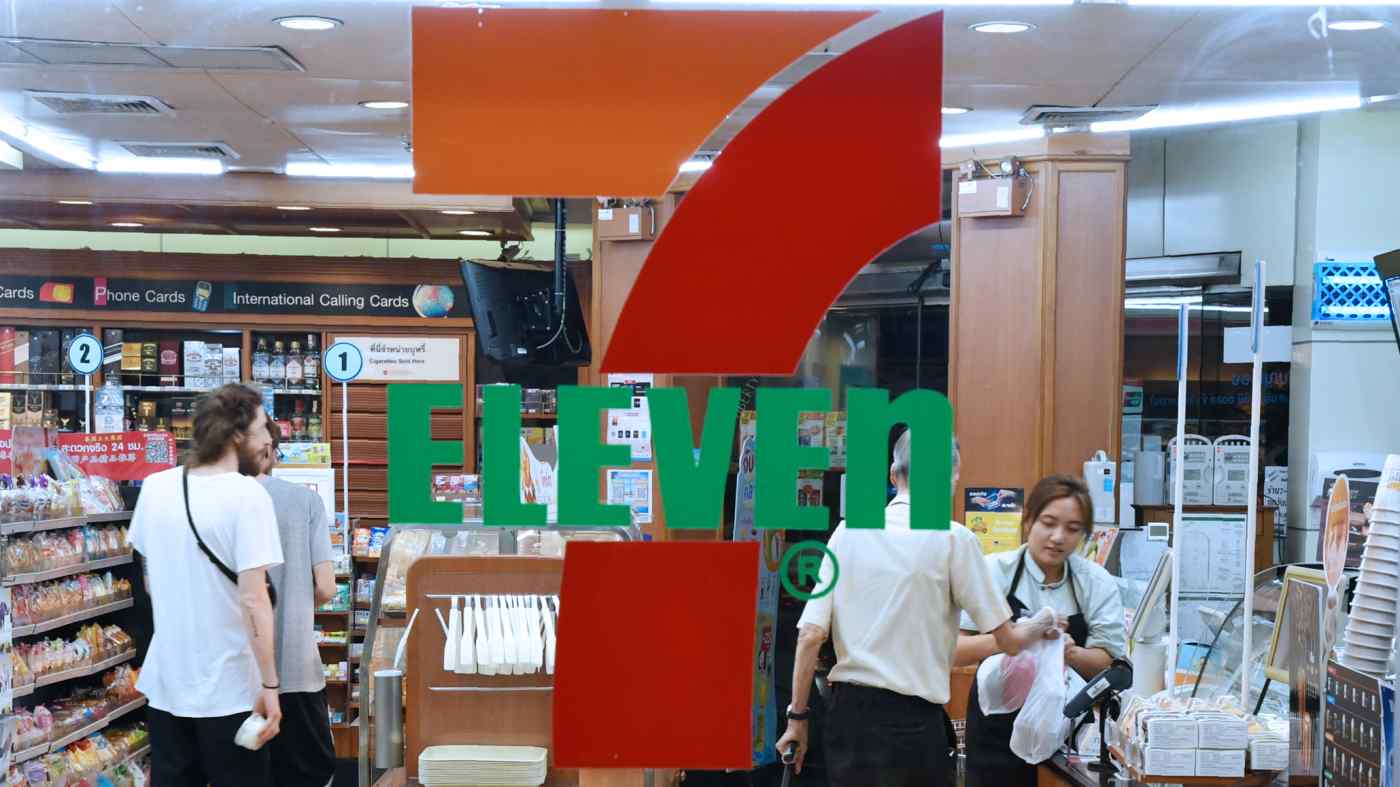 BANGKOK -- CP All, the operator of 7-Eleven convenience stores in Thailand, is set to provide services on behalf of commercial banks at its more than 10,000 locations, chief executive Tanin Buranamanit has revealed.

"We are [waiting for] the bank to license us to be an agent," Tanin told the Nikkei Asian Review, saying CP All is in the "process of providing new services to the community."

Following a central bank regulatory amendment in March, the company is seeking to become an agent for one or more commercial banks. Under the Bank of Thailand's revised guidelines, commercial banks can appoint any juristic person -- a legal term that includes corporations -- to act as their representative and handle transactions such as deposits, withdrawals and cash and check transfers.

Previously, only financial institutions and Thai Post could be appointed.

Still, the plan would expand the scope of 7-Eleven financial services that already include bill payments for utilities and cellphones. The payment collection service is conducted under CP All subsidiary Counter Service.

Consumers in rural areas, in particular, stand to enjoy easier financial access. With 10,268 stores as of the end of 2017, 7-Eleven is by far the largest convenience store chain in Thailand and attracts an average of 11.8 million customers each day. It is the second-largest 7-Eleven network in the world, after Japan.

CP All aims to expand further with a focus on locations outside the Bangkok metropolitan area, which currently accounts for 56% of all stores. The company intends to open more than 700 stores each year to reach 13,000 by 2021.

The number of commercial bank branches, meanwhile, came to 6,724 as of May, according to the Bank of Thailand. The count is expected to grow slowly, or even shrink, due to the rapid rise of mobile banking.

The country's third-largest lender, Siam Commercial Bank, for example, has announced it will slash the number of branches to one-third over the next three years.