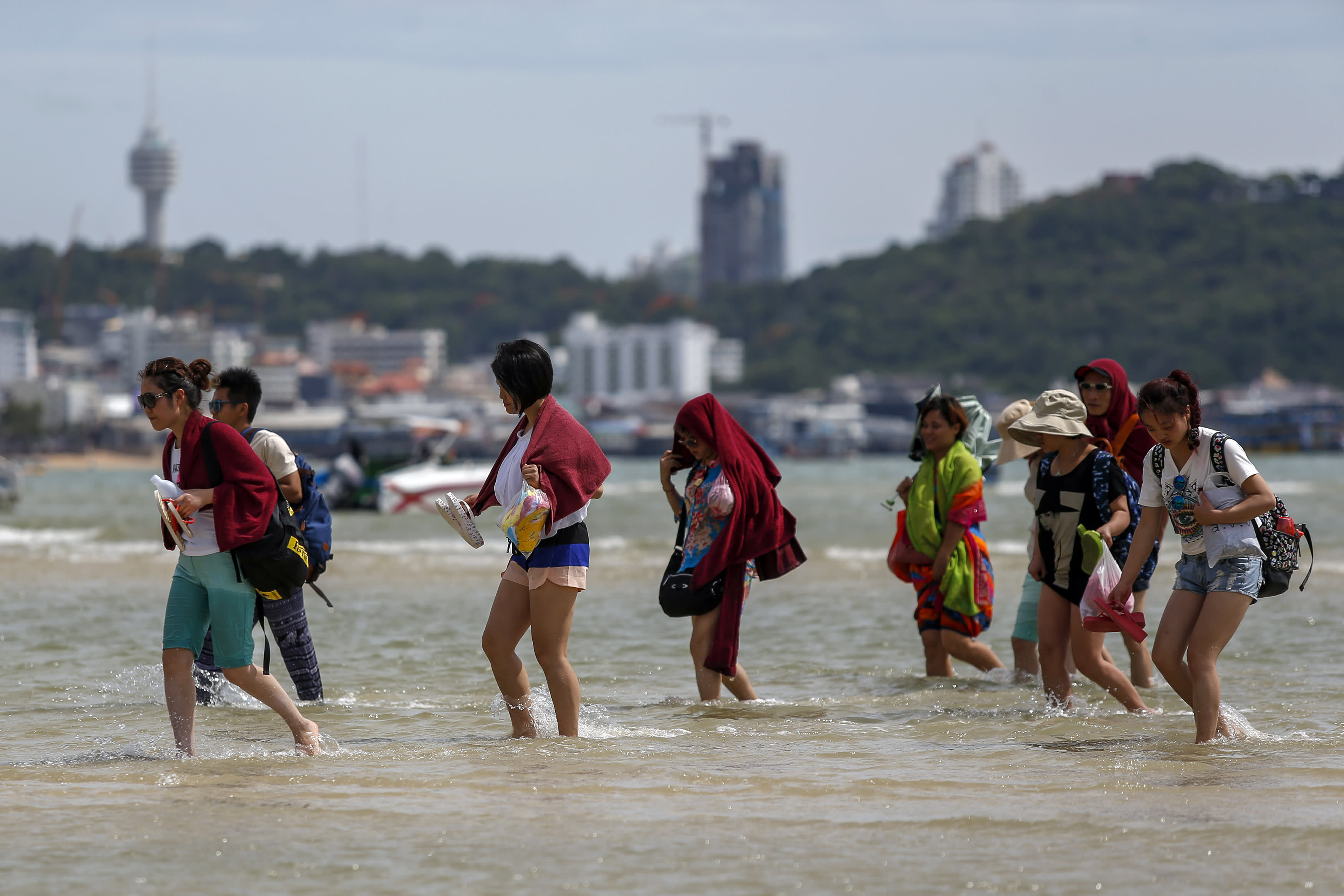 Tourists dip their toes into the ocean near Pattaya, which has transformed from a sleepy fishing village 60 years ago into a thriving vacation destination.   © Reuters
APORNRATH PHOONPHONGPHIPHAT, Nikkei staff writerJuly 4, 2019 16:05 JST | Thailand
CopyCopied

BANGKOK -- Thai conglomerate Charoen Pokphand Group plans to build a huge commercial and residential complex in the beach city of Pattaya, the Nikkei Asian Review has learned, a project expected to boost profitability of a $7.3 billion high-speed rail line that the company has been chosen to construct.

The complex, on a site larger than 480,000 sq. meters, will include a shopping mall, hotel, cinemas and a convention center. The investment budget will be at least 10 billion baht ($327 million), a Pattaya city source said.

Though CP lacks railroad experience, it has won a contract to connect three international airports, two near Bangkok and the other south of Pattaya. The railway is expected to start operation in 2024.

The planned mixed-use complex offers a way to boost the line's profitability. Tourists could take the train to the shopping and entertainment destination, while residents could commute to the airports or other parts of Thailand.

Pattaya, about 160 km southeast of the capital, serves as a gateway of sorts to Thailand's eastern seaboard, where automobile, consumer electronics and other manufacturing industries began concentrating in the 1990s.

CP, a $63 billion food and retail group, intends to reshape the flows of people and goods through the region. The rail and related projects are designed to attract business professionals, entrepreneurial talent and tourists to the area. CP decides the number of train stations, giving the group the power to determine which areas will be developed.

Magnolia Quality Development, a real estate unit, will come up with the investment money for the mixed-use complex. Magnolia Senior Vice President Wakin Thangkulawat called Pattaya, one of Thailand's most popular year-round beach destinations, an interesting place to visit.

"CP is definitely investing [in Pattaya]," said Mayor Sontaya Khunpluem, confirming that the group bought a large tract just south of the city. "The group has won the high-speed railway deal, which would bring in millions of tourists and businessmen with strong purchasing power." 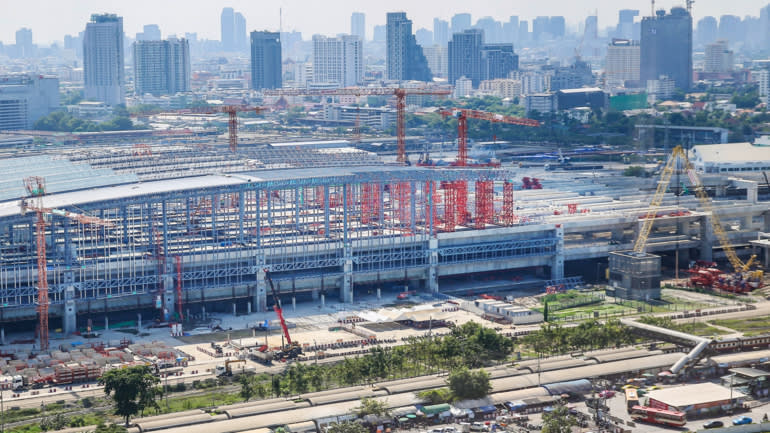 Pattaya was a fishing village before the Vietnam War. American soldiers began using it as a beach resort in the 1960s. The place was just north of an airport the U.S. Air Force had built for B-52 bombers.

Though word-of-mouth helped Pattaya grow into the travel destination it is today, replete with all-night bars and clubs, the airfield lost much of its usefulness once the Americans withdrew from Vietnam.

Now the city's U-Tapao airport is considered a linchpin in Thailand's plans to promote Pattaya as a new kind of resort for sustainable tourism. CP's high-speed rail will connect U-Tapao in Rayong Province with Suvarnabhumi and Don Mueang airports near Bangkok. The trains are expected to offer a 45-minute trip from Bangkok to U-Tapao.

CP formed a consortium with China Railway Construction to fill the gap in critical technology needed for the project. Other members include construction companies Italian-Thai Development and CH. Karnchang, as well as subway operator Bangkok Expressway and Metro.

The network, expected to cost 224.5 billion baht, has the potential to funnel millions of tourists from the three airports into Pattaya, CP said.

Pattaya's tourism industry is forecast to attract 19 million foreign visitors this year, a 5% increase. That figure represents nearly half of the 40 million foreign tourists expected to arrive in Thailand in 2019, according to the Pattaya Business and Tourism Association.

The Thai cabinet approved the train deal between CP and the State Railway of Thailand in June. The contract is due to be signed by both parties this month.