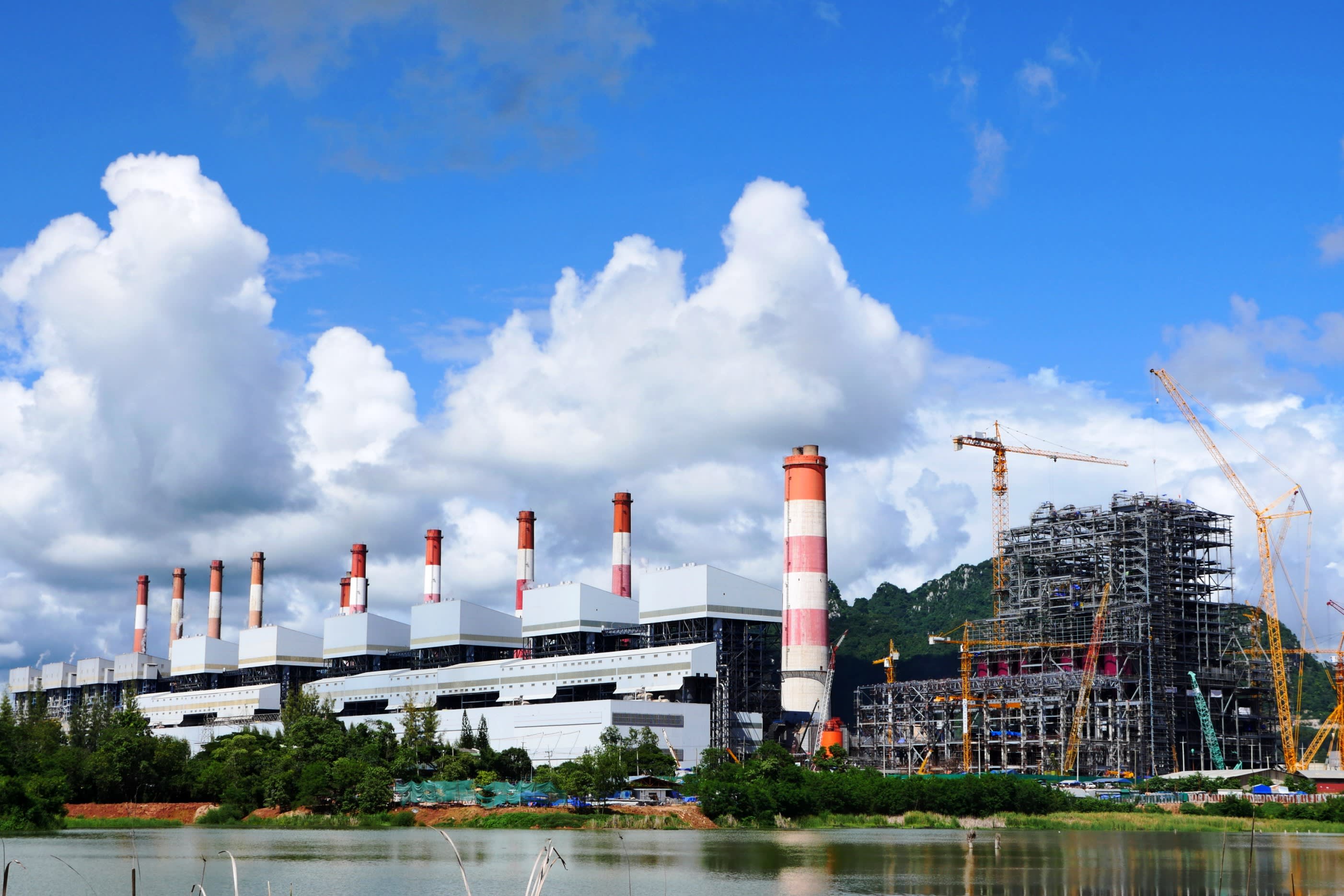 The government-owned power company will build new units to replace four of the 10 existing ones by the end of 2018, and two more around 2022.

The plant is generating electricity from lignite, also known as brown coal, mined from an adjacent open-pit field for supply mainly to the northern part of the country. The existing 10 units produce a total of 2.4 million kilowatts of electricity, making the plant the largest coal-burning power station in Thailand.

As the mine is forecast to run dry in the middle of the 2030s, the replacement project will be the last large-scale investment by a plant using domestic coal.

EGAT awarded the replacement order to a consortium of Alstom, a leading French maker of heavy electric machinery, and major Japanese trading house Marubeni, which has already begun construction of new units. Adopting technology that enables highly efficient and environmentally friendly power generation, two new units with a capacity of 300,000kW each will replace the existing four. The order is valued at around 120 billion yen.

The 300,000kW Units 8 and 9, which began operating around 1990, will be replaced by one unit with an output capacity of 450,000kW partly because the production of lignite in the local mine is likely to decrease. An "integrated gasification combined cycle," or IGCC, system is expected to be adopted for the work, said an official at the power plant.

The possible adoption of the system may create business opportunities for Japanese companies that have cutting-edge IGCC technology.

EGAT began operating the Mae Moh power plant in the late 1970s in compliance with the Thai government's policy of using locally discovered lignite. The mine is expected to keep producing until around 2035, according to the plant. EGAT therefore decided to make the large investment in order to continue operating the facility.

The Mae Moh plant drew public attention in the 1980s and 1990s for causing air pollution. EGAT has since introduced desulfurization and other pollution control devices.

In Thailand, natural gas, especially domestically produced gas, is mainly used for power generation. The continuation of operations at the Mae Moh plant is indispensable for the government's policy of reducing the country's reliance on natural gas, which now accounts for more than 60% of electricity generation. In 2015, the Ministry of Energy adopted a power development plan through 2036, featuring a cut in the ratio of gas-burning power generation to less than 40%. The plan also calls for active use of renewable energy sources such as solar and wind power. In addition, Thailand will increase imports of hydroelectric power from its neighbor Laos.

Thailand needs to work out a proper power mix that will factor in its expected economic growth and enable the country to play a leading role in the Association of Southeast Asian Nations.