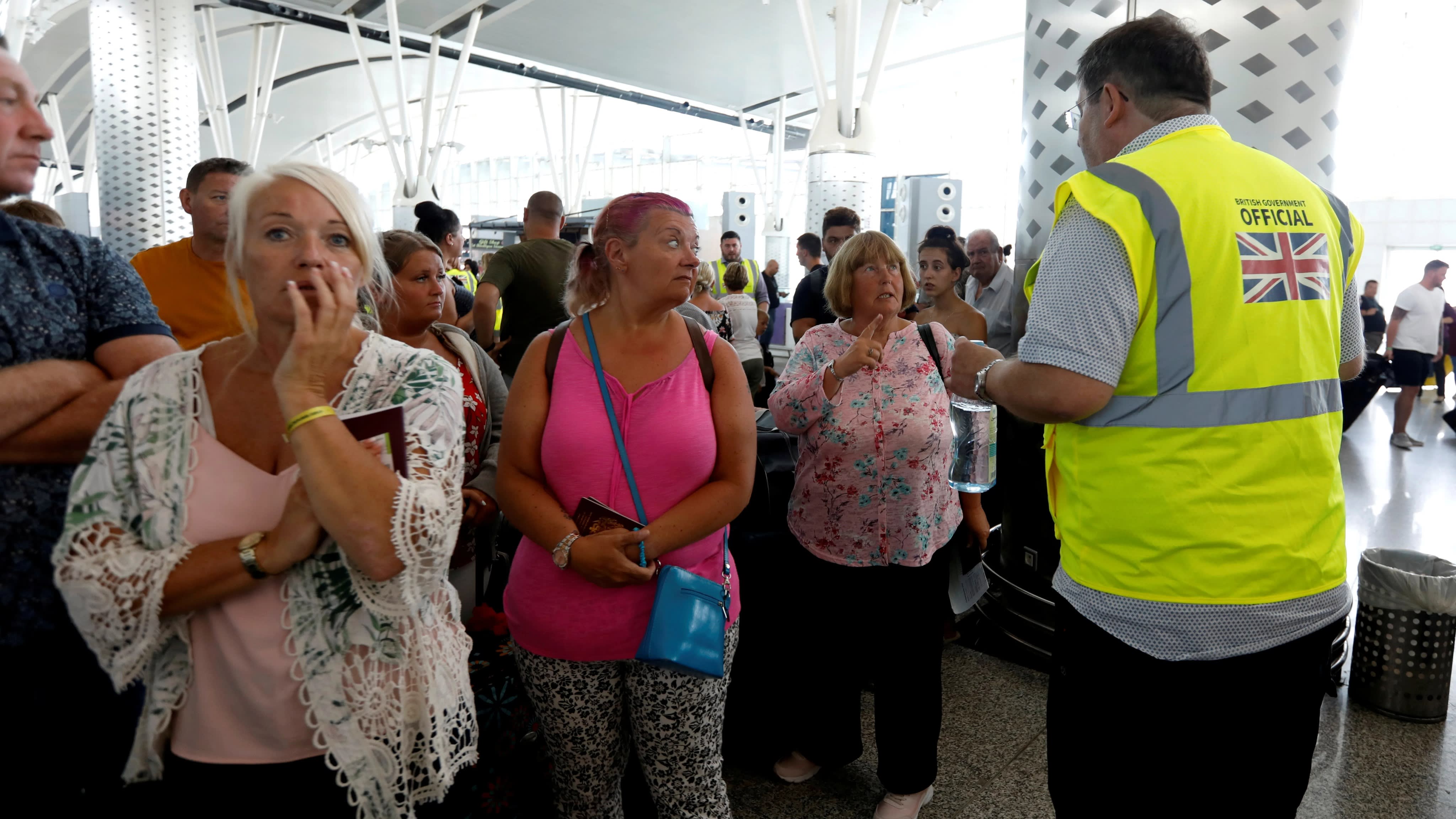 LONDON -- The demise of British travel agency Thomas Cook Group has disrupted the plans of about 600,000 travelers around the world.

Thomas Cook was serving 150,000 British citizens and 450,000 other customers when its compulsory liquidation was announced Monday. Most of its U.K. clientele is expected to return home within two weeks, thanks to protections under state-run travel insurance. The British government ordered 45 chartered planes to pick up travelers marooned abroad.

The Civil Aviation Authority said repatriation flights will be operated from countries such as the U.S., Spain, Italy, Turkey, Greece and Egypt. None are scheduled for Asian airports. "From a small number of locations, passengers will have to book their own return flights," the CAA said.

Whether travelers will be compensated for extended hotel stays and other special expenses remains unclear.

Former Asian units still bearing Thomas Cook's name quickly distanced themselves from the British company and reassured customers of business as usual. Thomas Cook China, now majority-owned by Fosun International via a unit, said it "has a strong financial position and is unaffected by today's events."

While noting "with regret" the U.K. company's placement into insolvency, Thomas Cook China said all its products and services are provided independently from Thomas Cook Group. "Your holiday will not be in any way affected," the Chinese company said.

Thomas Cook India, which boasts of operating in 29 countries and being one of the biggest travel companies in the Asia-Pacific region, said it has been "a completely different entity" from the U.K. company since 2012, when Canada's Fairfax Financial Holdings acquired a 77% stake.

Founded in 1841, Thomas Cook is the world's oldest travel agency and pioneered the concept of vacation packages.

But its finances worsened with the rise of online travel bookers and Airbnb. Debt had climbed to 1.7 billion pounds ($2.2 billion) of late.

The previously announced 900 million pounds in rescue funds, much from top shareholder Fosun, were not enough to stave off creditors and avert disaster.

Thomas Cook has said that in the U.K., "the political uncertainty related to Brexit over recent months has led to softer demand for summer holidays across the industry" and made vacationers more hesitant to book. The company's basic business model of bulk-buying package vacations months in advance is made "inherently risky" by such factors as terrorist attacks and currency fluctuations, BBC business editor Simon Jack blogged.