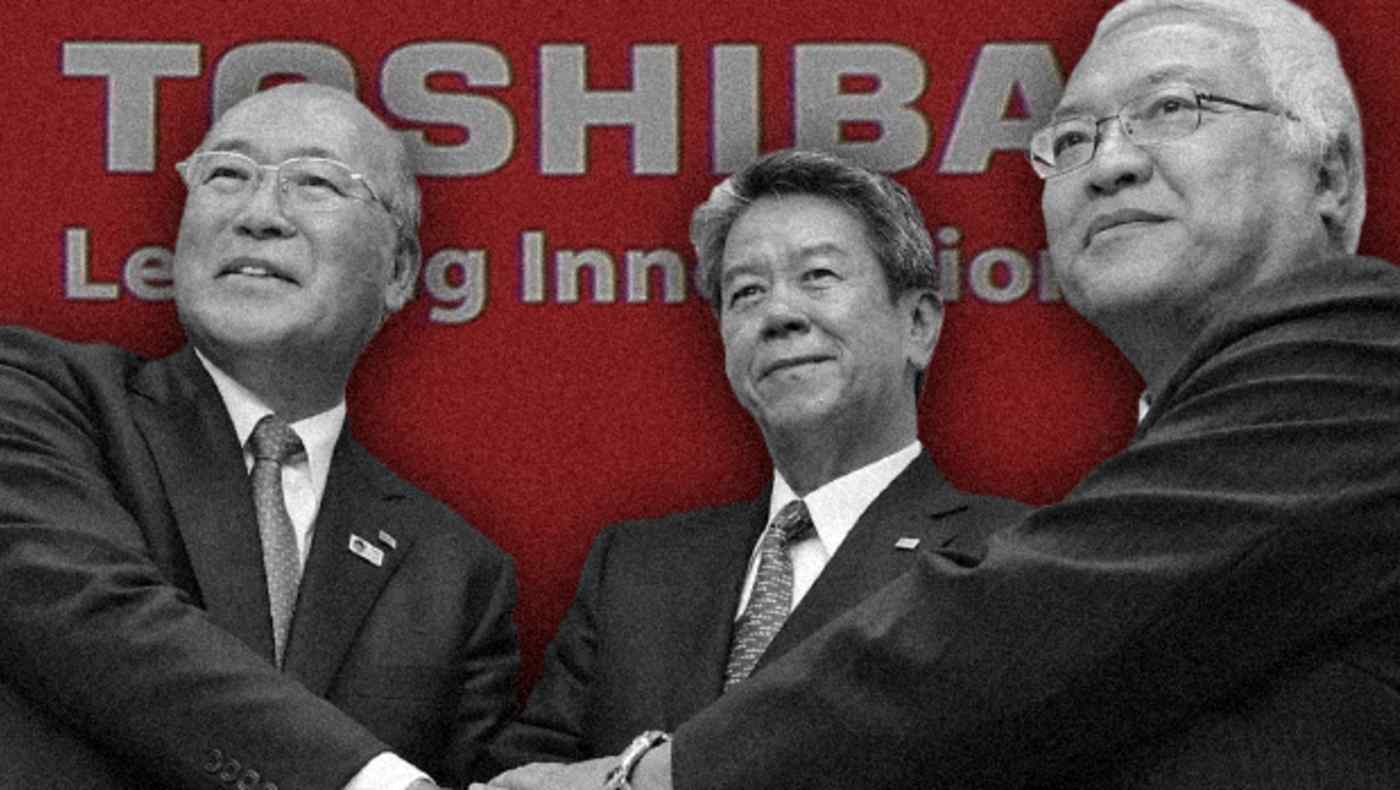 TOKYO -- Toshiba on April 1 handed its reins to an outsider for the first time in over half a century. Nobuaki Kurumatani, a former banker, has his hands full cleaning up messes that reduced the electronics conglomerate to a shadow of its former self. But how, exactly, did the company careen so far off track in the first place?