Expansion to be biggest investment since park opening 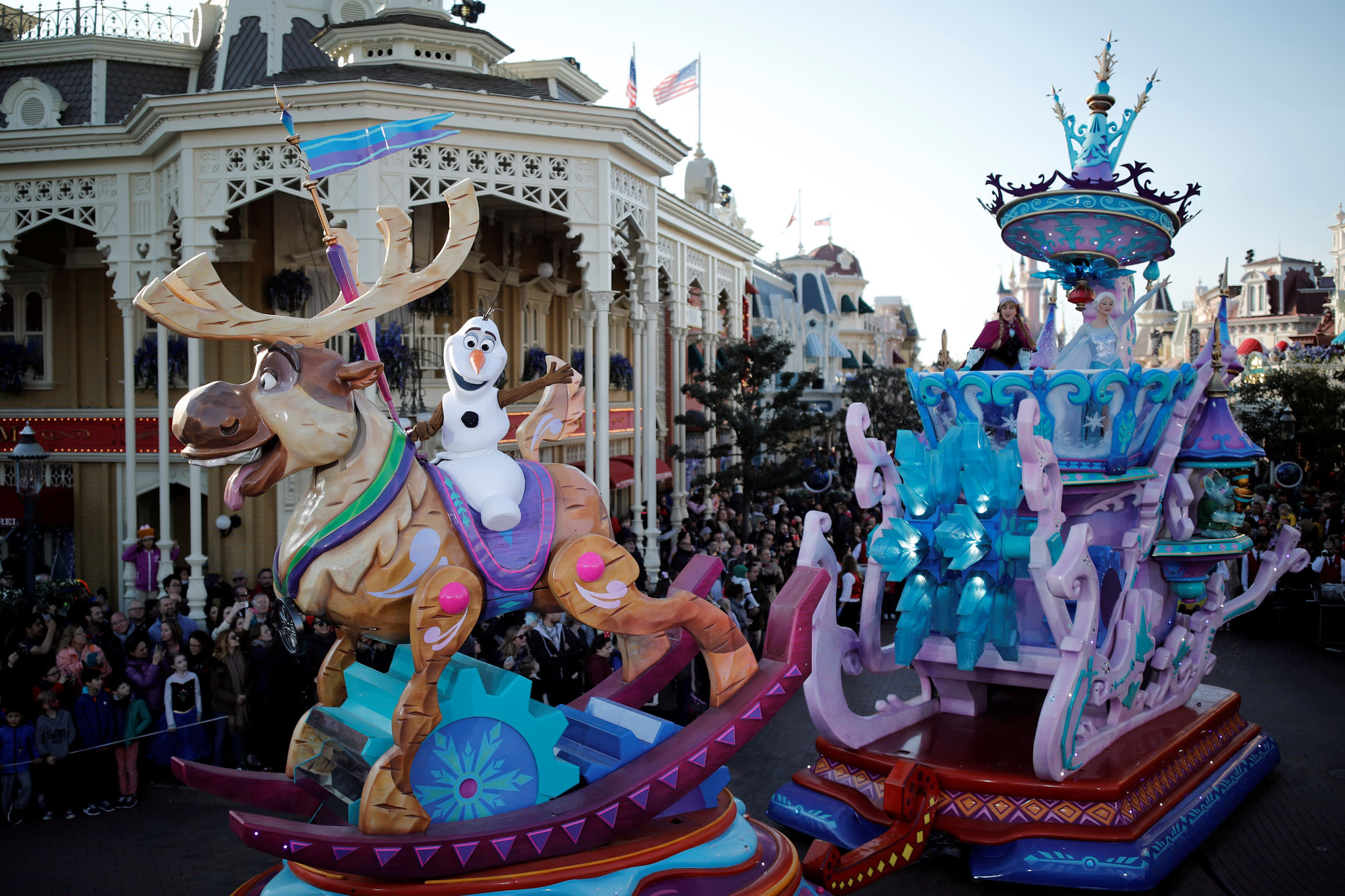 Disneyland Paris already features an attraction based on "Frozen," as do other Disney parks, which leaves Tokyo DisneySea playing catch-up.   © Reuters

TOKYO -- Tokyo Disney Resort is adding an area to its Tokyo DisneySea park with a much-anticipated attraction inspired by the blockbuster "Frozen." But the test will be whether the Japanese resort can offer an experience distinctive enough to lure visitors from other Disney parks that already have rides based on the snow queen.

The resort will open an eighth area, or "port," in Tokyo DisneySea in fiscal 2022 with an investment of some 250 billion yen ($2.26 billion), operator Oriental Land said Thursday.

The "Frozen" attraction is a long time coming. In 2015, Oriental Land announced plans to open the ride inspired by the 2013 animation feature as soon as fiscal 2017. But the project ran aground due to a lack of space and protracted negotiations with U.S. licensor Walt Disney Co. In the meantime, Hong Kong Disneyland and Disneyland Paris got the green light for "Frozen" attractions ahead of Tokyo.

This has raised the stakes for Tokyo Disney Resort, whose Tokyo Disneyland and Tokyo DisneySea are the only Disney theme parks in the world not directly run by Walt Disney Co. Oriental Land owns and operates the twin parks under a license.

Tokyo DisneySea is also the only water-themed Disney park, and that unique status alone is a major draw for international tourists to come to Japan. The expansion project is certain to be keenly awaited both within Japan and abroad.

"Tokyo Disney Resort is entering a new stage," Oriental Land Chairman and CEO Toshio Kagami told a news conference Thursday. "We're building a special park that can be found nowhere else in the world."

The expansion will mark Tokyo Disney's largest since it opened Tokyo DisneySea in 2001 at a cost of around 340 billion yen. Besides "Frozen," the new port will be home to sections dedicated to popular animations "Tangled" and "Peter Pan." It will also house three restaurants, a gift shop and a luxury hotel catering to international visitors. The project will enlarge the park's area by 20%.

The twin Tokyo parks draw some 30 million visitors a year. But guests have been complaining about overcrowding, and the resort ranked a disappointing 36th in a fiscal 2017 customer satisfaction survey by the nonprofit Japan Productivity Center -- a stunning plunge from the top spot just five years earlier.

Kagami acknowledged that customer satisfaction "has declined," blaming the trend on visitors "gradually getting bored" with diversions that have been around for awhile.

Still, a new attraction based on such a huge hit as "Frozen" is no guarantee to excite guests. If the ride disappoints, Disney fans may skip Japan and go somewhere else, particularly Paris or Hong Kong.

The Tokyo resort is also feeling increasing pressure from other theme parks in Asia. The Disneyland that opened in Shanghai in 2016 is already kicking off a series of expansions. Universal Studios Japan, located in Osaka, is also ramping up investments in new attractions.

Whether guests young and old will feel the magic again at Tokyo DisneySea will depend on the creativity and execution of the resort team.