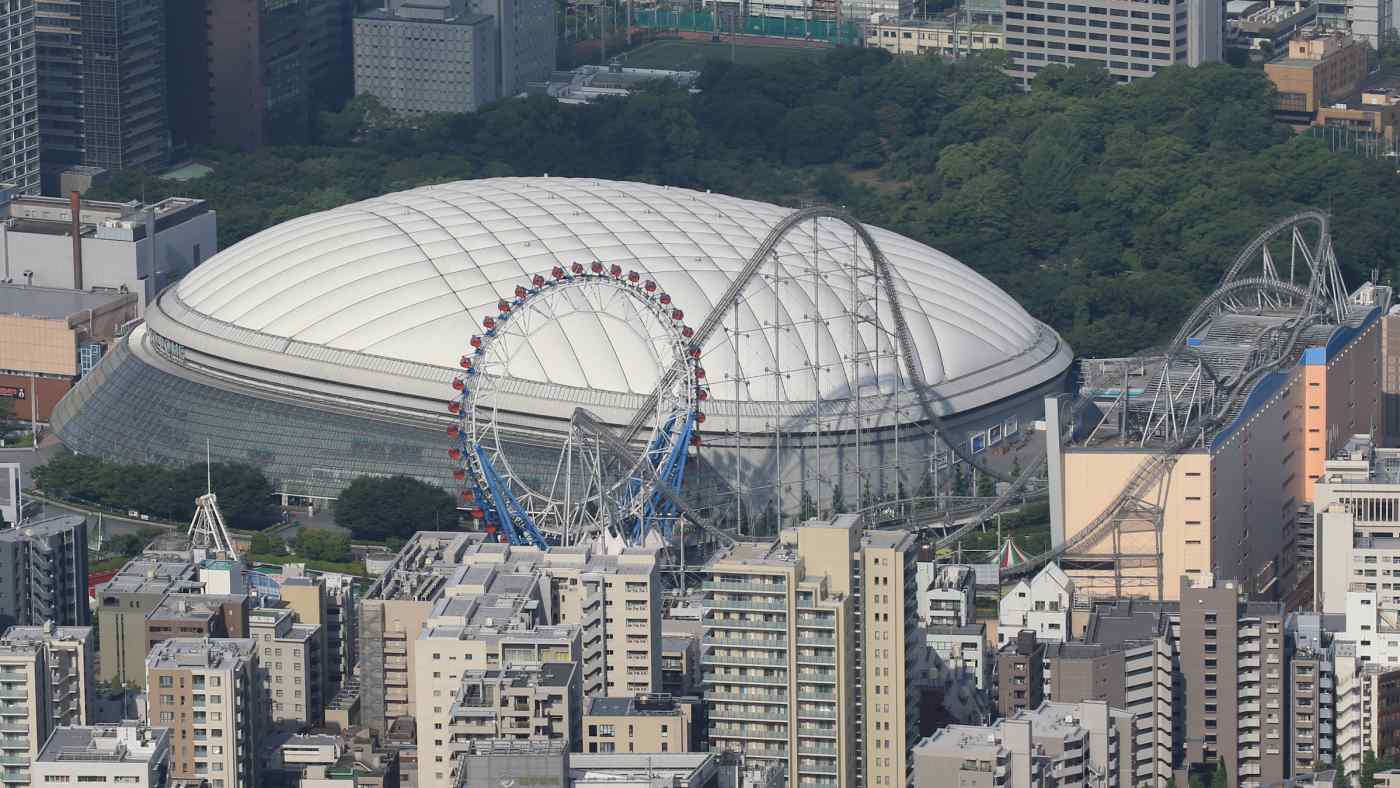 The Tokyo Dome, located in the center of the capital, is the home of the Yomiuri Giants baseball team and a venue for concerts. (Photo by Akira Kodaka)
YUKI MASUDA, Nikkei staff writerDecember 7, 2019 06:37 JST | Japan
CopyCopied

TOKYO -- The operator of the Tokyo Dome stadium will likely report a group operating profit above 10 billion yen ($91.9 million) for the nine months through October -- a roughly 10% jump from a year earlier -- thanks to postseason baseball and Arashi's farewell tour.

This will mark the first time in three years that Tokyo Dome Corp.'s operating profit has topped the 10 billion yen threshold for the February-October period. The company is also expected to post a 7% increase in sales to about 68 billion yen.