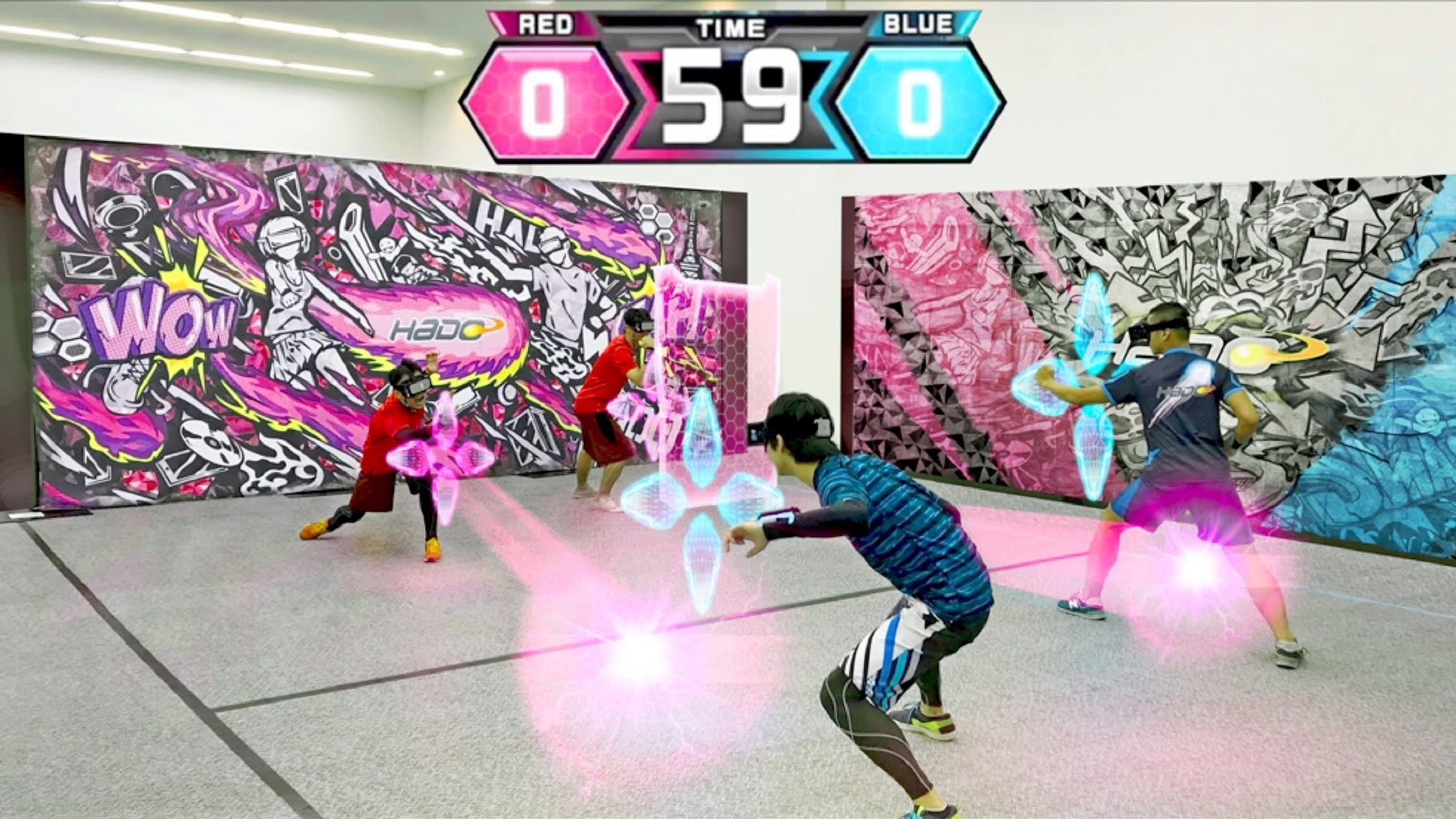 With handsets and sensors, Hado players can throw a virtual reality ball at people on the other side of the court. (Courtesy of Meleap)
AKIO OKAMORI, Nikkei staff writerApril 10, 2018 12:35 JST | South Korea
CopyCopied

Through the tie-up, the South Korean telecom operator will be licensed to sell the game, "Hado," in its home market. KT is keen to capitalize on the growing popularity of esports in South Korea. In March, it opened its first virtual reality theme park in Seoul, called Vright, partnering with supermarket and convenience store operator GS Retail.

"Hado," a three-on-three, augmented-reality dodgeball game, is one of 50 or so augmented and virtual reality titles available at Vright. Players wearing headsets and sensors throw virtual reality balls at one another, ducking and dodging to avoid being hit.

KT plans to open about 200 experience-based gaming venues by 2020. Meleap wants to make the most of the collaboration to promote "Hado" in the South Korean market.