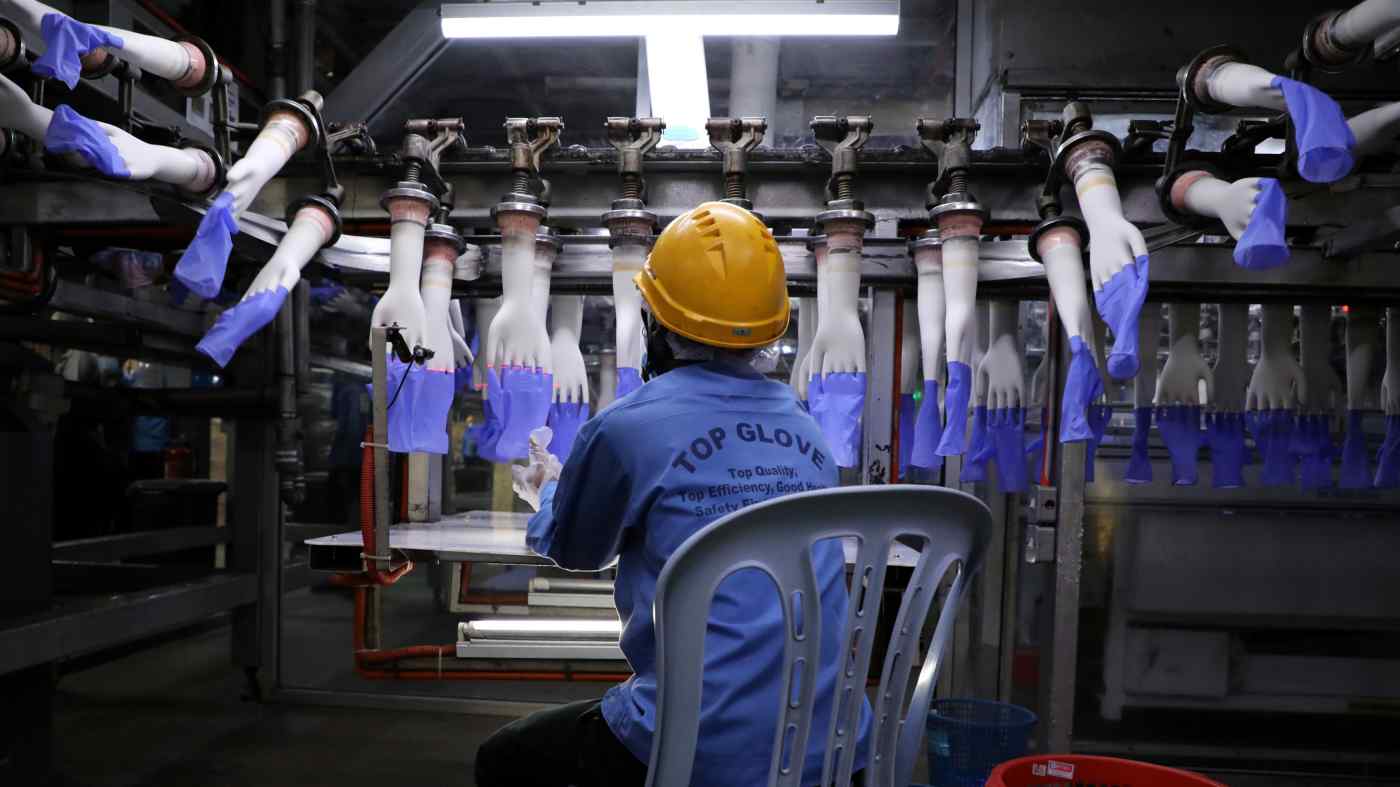 The largest maker of rubber gloves worldwide benefited from a surge in demand sparked by the coronavirus. For the six months through February, net profit soared 22 times on the year to 5.22 billion ringgit ($1.27 billion) while sales rose 315% to 10.12 billion ringgit. But as vaccinations reduce infections in some countries, the company is grappling with the challenge of satisfying stakeholders in a post-pandemic world.

Top Glove declared 2021 as the "year of ESG" in its earnings release for the March-May quarter. It set a series of detailed goals, from reducing water consumption 12% by fiscal 2024 to capping independent directors at a nine-year tenure and linking executive compensation to ESG deliverables.

"We aspire to be the glove manufacturer of choice for customers, driven by the integration of sustainability into every aspect of our business," a Top Glove executive said.

Companies worldwide increasingly see ESG factors as a priority, and many have embraced detailed targets to improve on these issues. But Top Glove's plans are driven largely by global criticism over alleged labor abuses.

U.S. Customs and Border Protection issued a detention order blocking certain imports from Top Glove in July, citing the suspected use of forced labor -- a concern nongovernmental organizations had also raised in the past.

The company at the time said most of its labor issues had been resolved, and predicted the U.S. order would last for about two weeks.

But Top Glove made headlines again in November, this time after its Malaysian factories became a hotbed for the coronavirus. Over 5,000 employees, or one-quarter of its workforce, tested positive.

Investors have urged the company to make improvements. BlackRock said its board "failed in a key aspect of its oversight responsibility given that it did not identify and set policies to manage risks including the health and safety of workers living in its dormitories." The U.S. asset manager voted against the reappointment of six Top Glove independent directors at a January shareholders meeting. Workers wait in line to leave Top Glove's Klang factory after a shift. Over 5,000 of the company's employees tested positive for COVID-19 late last year.   © Reuters

Still, Top Glove's woes have worsened. In March, Customs and Border Protection expanded its detention order to all gloves produced by the company in Malaysia.

These setbacks have dealt a blow to earnings. Top Glove's sales in North America, its biggest market, fell 68% by volume on the year in the March-May period.

On Monday, Bursa Malaysia said it will remove Top Glove and three other companies from an ESG-focused stock index. The change likely will deter investments from institutional players who track this index.

It remains unclear how quickly Top Glove can meet its new ESG goals.

"We used to live 28 people to a room," one Nepalese worker at Top Glove's Klang plant, near Kuala Lumpur, told Nikkei. "Now, after the various investigations, 22 people share one dorm room. It is still very crowded."

"Working conditions on the production line are very humid and very uncomfortable," he said, especially during long shifts.

Adrian Pereira, executive director at the human rights-focused nonprofit North-South Initiative, said Top Glove has yet to address many questions regarding its ESG initiative.

"Listing in Hong Kong is for the long term, but the [U.S. customs] delay is only temporary," he said.

Lim founded the company in 1991 and turned it into the world's largest rubber glove maker in a single generation. But he must now tackle governance reforms if the company intends to leave its labor issues behind for good.

"The governance of migrant workers in Malaysia is absolutely terrible," said Andy Hall, an expert on migrant worker rights. "It's some of the worst that I've ever seen in the world."