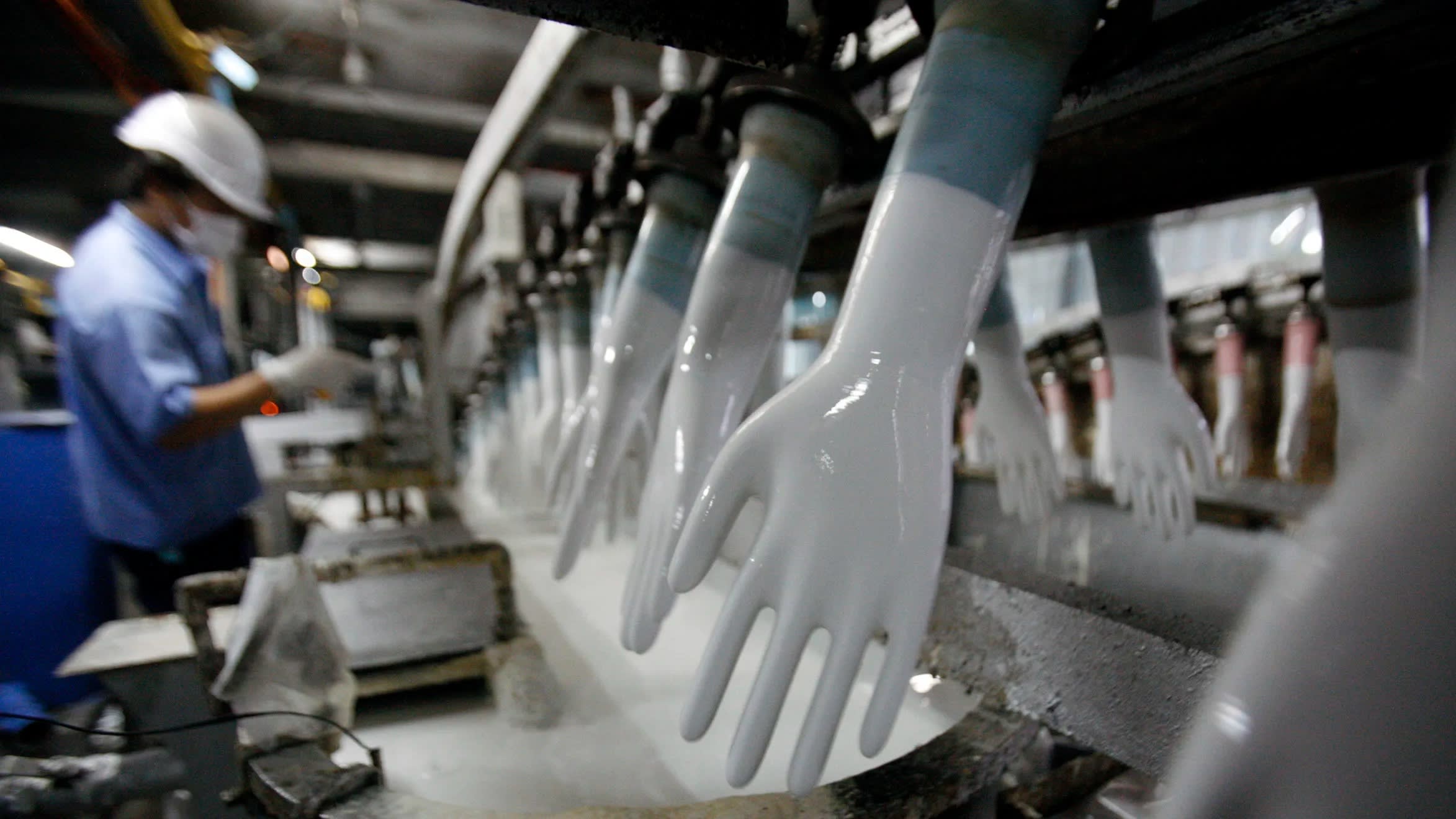 KUALA LUMPUR (Nikkei Markets) -- Shares of Malaysia's Top Glove Corp. rebounded Wednesday as investors bet the worst may be over for the world's biggest glove maker after its fiscal third quarter earnings fell short of estimates amid higher input cost.

Top Glove gained 0.6% in a relatively buoyant market where the benchmark index FTSE Bursa Malaysia KLCI closed 0.8% higher. The stock had shed 2.6% yesterday after the company announced a 37% year-on-year decline in the three months ended May 31 as costs rose faster than product prices.

Analysts said Top Glove stands to reap higher profit and better margins in the final financial quarter as the company had raised selling prices of its products.

"We believe that Top Glove will be able to revive its margins to the 16% level" at its natural rubber gloves segment in the fourth quarter, said AmInvestment Bank analyst Nafisah Azmi. However, selling prices of synthetic gloves could come under pressure due to excess supply, she said.

Rubber prices have spiked due to the wintering season and a pact to cut production in Malaysia, Indonesia and Thailand which make up the so-called International Tripartite Rubber Council.

For its part, Top Glove has raised average selling prices to soften the increase in raw material costs, although the impact will only be reflected in the June-August quarter due to a typical two-month delay.

"As our product is closely linked with a commodity, short-term volatility is to be expected, which may affect our margins during certain financial quarters," Top Glove Chairman Lim Wee Chai said. "We expect to perform better in the following quarter and over the longer term."

Still the latest earnings data prompted several analysts, including Nafisah, to cut their earnings forecasts. Affin Hwang Capital's Ng Chi Hoong downgraded the stock to hold from buy and lowered his target price by about 4%.

Top Glove has also delayed its expansion pace, although it added 24 production lines to cater to a strengthening demand that it projects to grow 10% annually. Top Glove now expects to churn out as many as 83.3 billion pieces of gloves from 872 lines by December 2020.

"Overall its plans are still within our expectations," said Affin Hwang's Ng. "Most manufacturers start the year with aggressive expansion targets but tend to revise them lower in subsequent months."