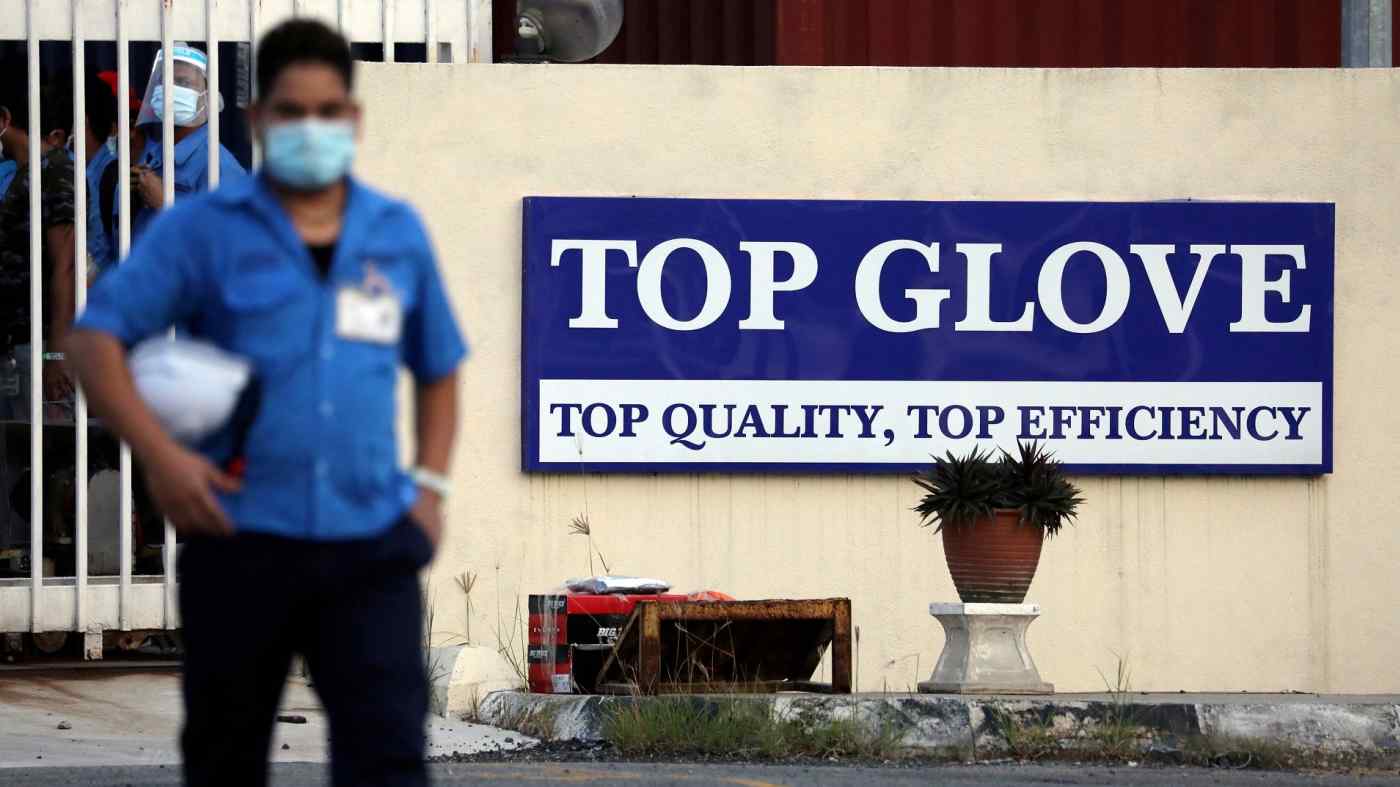 Top Glove, which benefited from soaring demand for gloves during the COVID-19 pandemic, had warned of a more challenging business environment.   © Reuters
March 9, 2022 22:51 JST | Malaysia
CopyCopied

KUALA LUMPUR (Reuters) -- Top Glove, which exports to Russia and Ukraine, has seen little business impact from the war in Ukraine but was being "very careful" about payments given the developments in the banking industry there, its executives said on Wednesday.

The Malaysia-based glove manufacturer said at a results briefing that the hit to its sales volume from the war in Ukraine was less than 5% and mitigation measures were in place.

"We are very careful, especially on the payment side, in view of the developments in the banking industry," Managing Director Lee Kim Meow told the briefing.

"We have kept in touch closely with our customers to find out what is the best way to handle the situation," Lee added, without elaborating.

The manufacturer posted a 96.9% drop in its second-quarter profit from a year ago, hurt by lower average selling prices of medical gloves as the coronavirus pandemic eases.

Shares of the world's largest medical glove maker, which have declined more than 35% this year, fell as much as 11.8% after the earnings report.

Executive Chairman Lim Wee Chai said selling prices were expected to be close to bottoming out, and the industry could see prices improve in the next few quarters.

Top Glove, which benefited from soaring demand for gloves during the COVID-19 pandemic, had warned in December of a more challenging business environment with weaker demand and stiffer competition.

The firm also said it had recovered more than 80% of sales to the United States, after a year-long import ban was lifted by the U.S. Customs.

Top Glove products was banned on alleged forced labour concerns until September. The company said it had resolved all signs of forced labour in its operations.

The company said on Tuesday it had decided to defer its plan to raise $347 million in a Hong Kong listing given the uncertainties and volatility in equity markets following Russia's invasion of Ukraine.