Top Glove to raise selling price of products in February 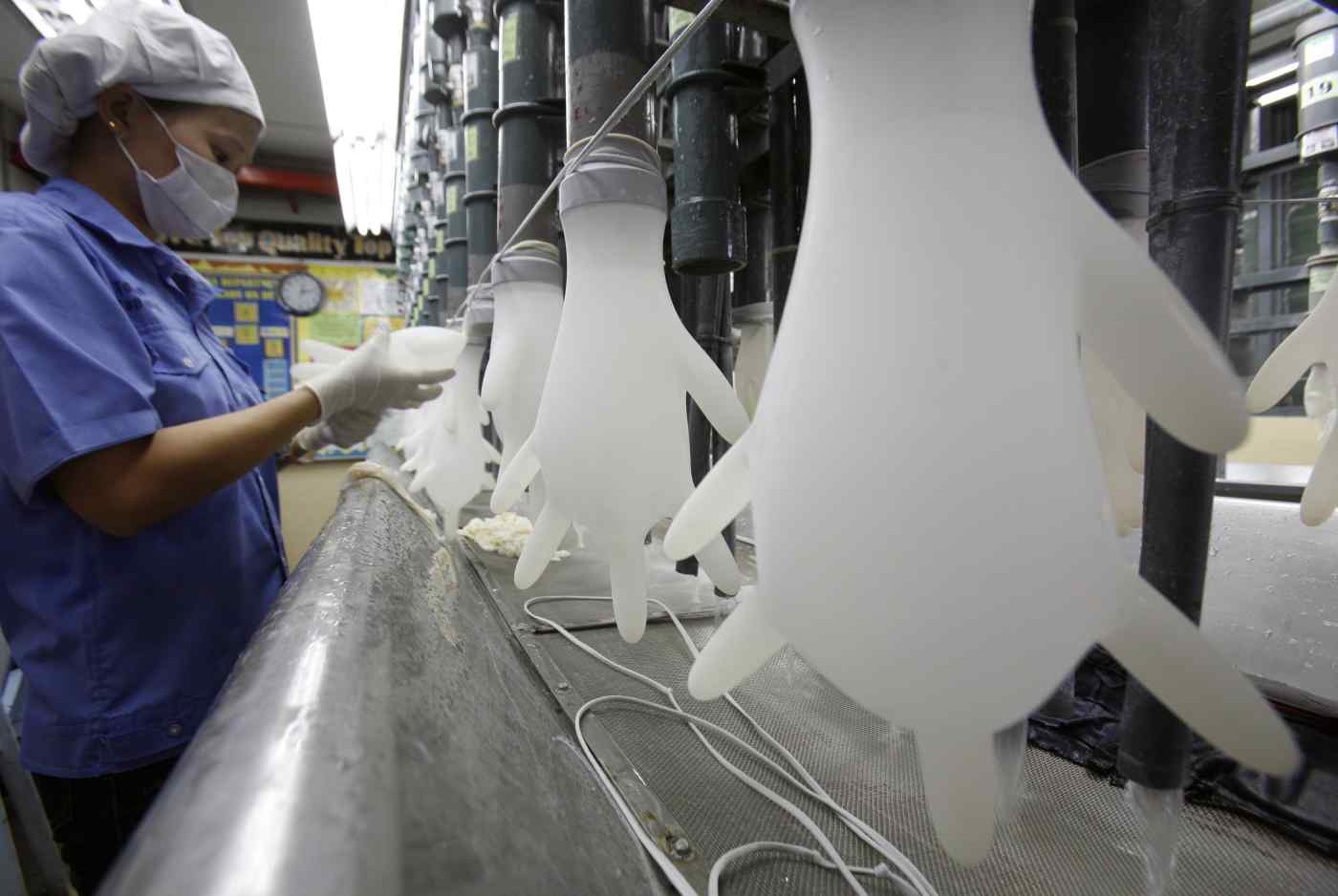 "Top Glove has adjusted the price until February but if the ringgit continues to climb against U.S. dollar, then we can increase by another 2% in the following months," Lim Wee Chai told Nikkei Markets on the side lines of the company's shareholders' meeting.

A stronger ringgit erodes profitability of Malaysian exporters such as Top Glove which sell their products in U.S. dollars while the bulk of their cost is in ringgit.

The increase in gas prices and labour charges have driven up operating costs, said Lim, noting that the recent price adjustment is sufficient to cover the incremental cost. However, the company has benefitted from declining rubber prices, he said.

Bulk latex was trading at 4.66 ringgit per kilogram as compared to last month's average price of 4.73 ringgit per kilogram, according to Malaysian Rubber Board. Year-to-date, the ringgit has climbed 1.3% against the U.S. dollar, extending its 9.5% gain through 2017.

"We can increase prices by about 2%-to-2.5% for every 5% increase in the exchange rate of ringgit against the U.S. dollar," said Lim.

"The strong demand for gloves has allowed it to pass on the higher cost with a shorter time lag, which historically may take a month or longer," said Affin Hwang Capital's analyst Ng Chi Hoong.

A stronger ringgit remains the biggest risk for glove makers this year as it would take time to reprice products, he said. "Customers might not be willing to accept a sharp price hike in short period of time."

Meanwhile, Top Glove will sign the final sales and purchase agreement this week ahead of the Monday deadline for acquiring medical glove manufacturer Aspion, Lim said.

In November, Top Glove had announced its plan to purchase surgical glove maker Aspion as part of a wider move to expand business through acquisitions. Top Glove expects the purchase cost for Aspion at between 1.3 billion ringgit and 1.4 billion ringgit, a company director had said in November.