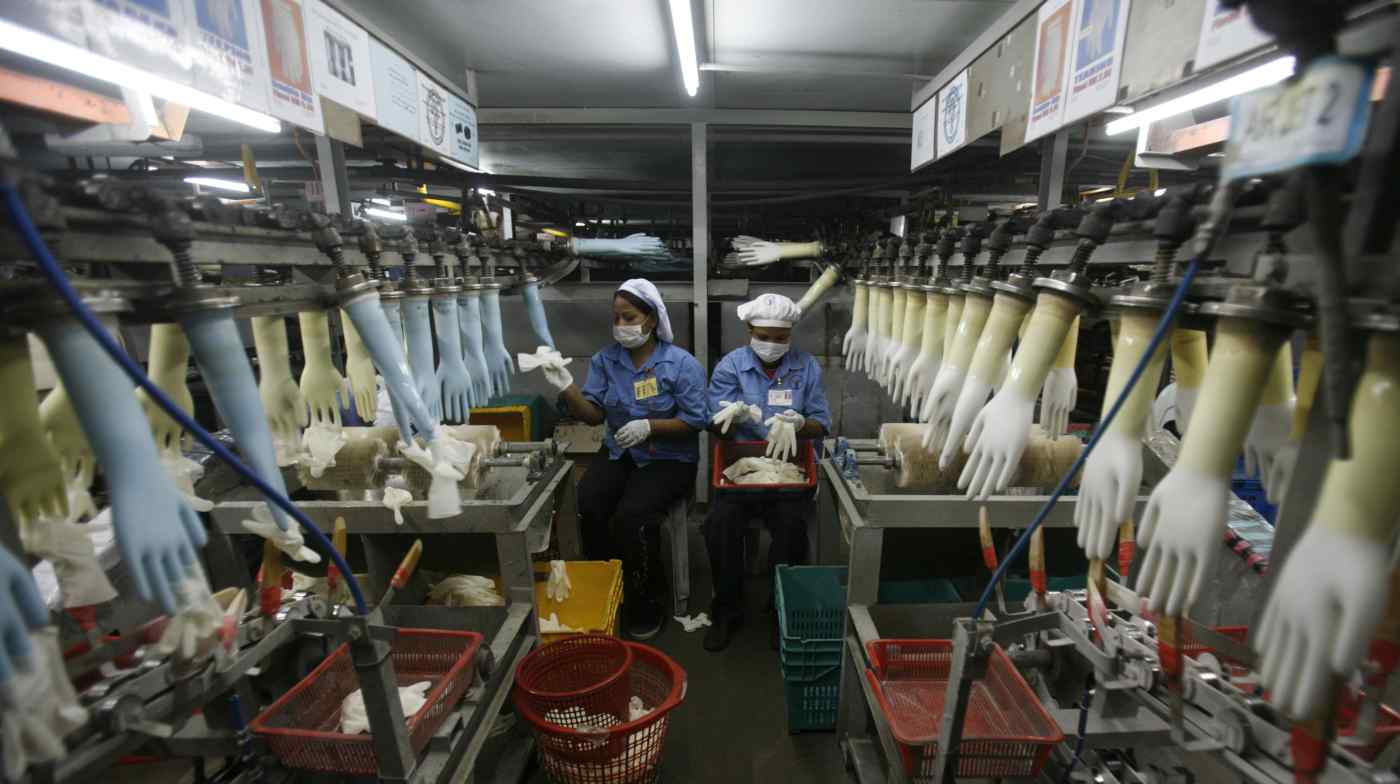 "Production cost in China is not cheap anymore," Lim Wee Chai said at a news conference. "The cost of gas is 30% higher than Malaysia."

The company is looking at 20 acres in Vietnam to build the new plant, which will have 10 production lines that will mostly crank out vinyl gloves, Lim said.

Top Glove, which currently manufactures about 52 billion pieces annually in plants located in Malaysia, Thailand and China, is building new factories and acquiring other companies in an ambitious bid to capture 30% of global market share. By 2019, it aims to have 40 factories producing more than 64 billion gloves every year.

Meanwhile, it is gradually converting its boilers in China plant to be gas-fired from coal to meet pollution curbing rules. The cost of converting the boilers average at about 2 million ringgit each, Lim said.

"I think it is good to move away from China to Vietnam because the cost of running business in China is much more expensive now," said UOB Kay Hian's analyst Chan Jit Hoong. "In the next one-to-two years, (the move) would be good for the company as its intention is to move vinyl production there."

The company also plans to launch its own condom brand 'Top Feel' by end of this year, Lim said. The condom factory is expected to begin production in the second half of the year.

The bulk of condom production will be as original equipment manufacturing for other brands, while Top Glove's own brand will account for only up to 20% of total output, Lim said.

The company is expected to target existing customers who are also involved in condom business, UOB's Chan said. "It will be an OEM player and the business is still relatively small at this juncture," he added.

"Moving forward, we expect Top Glove to record sequentially-stronger quarters ahead," Walter AW, CIMB Investment Bank's analyst wrote in a note to clients, after the company Thursday reported a 31.3% jump in fiscal second quarter net profit to 109.01 million ringgit on the back of record-high sales volume. He expects Aspion's contributions to start reflecting on Top Glove's earnings from the fiscal third quarter, and kept Add call with a target price of 10.80 ringgit as the company is likely to benefit from strong global demand for rubber gloves, higher capacity and potential margin expansion from economies of scale.