Toshiba Memory sale another sign of a Japan past its prime 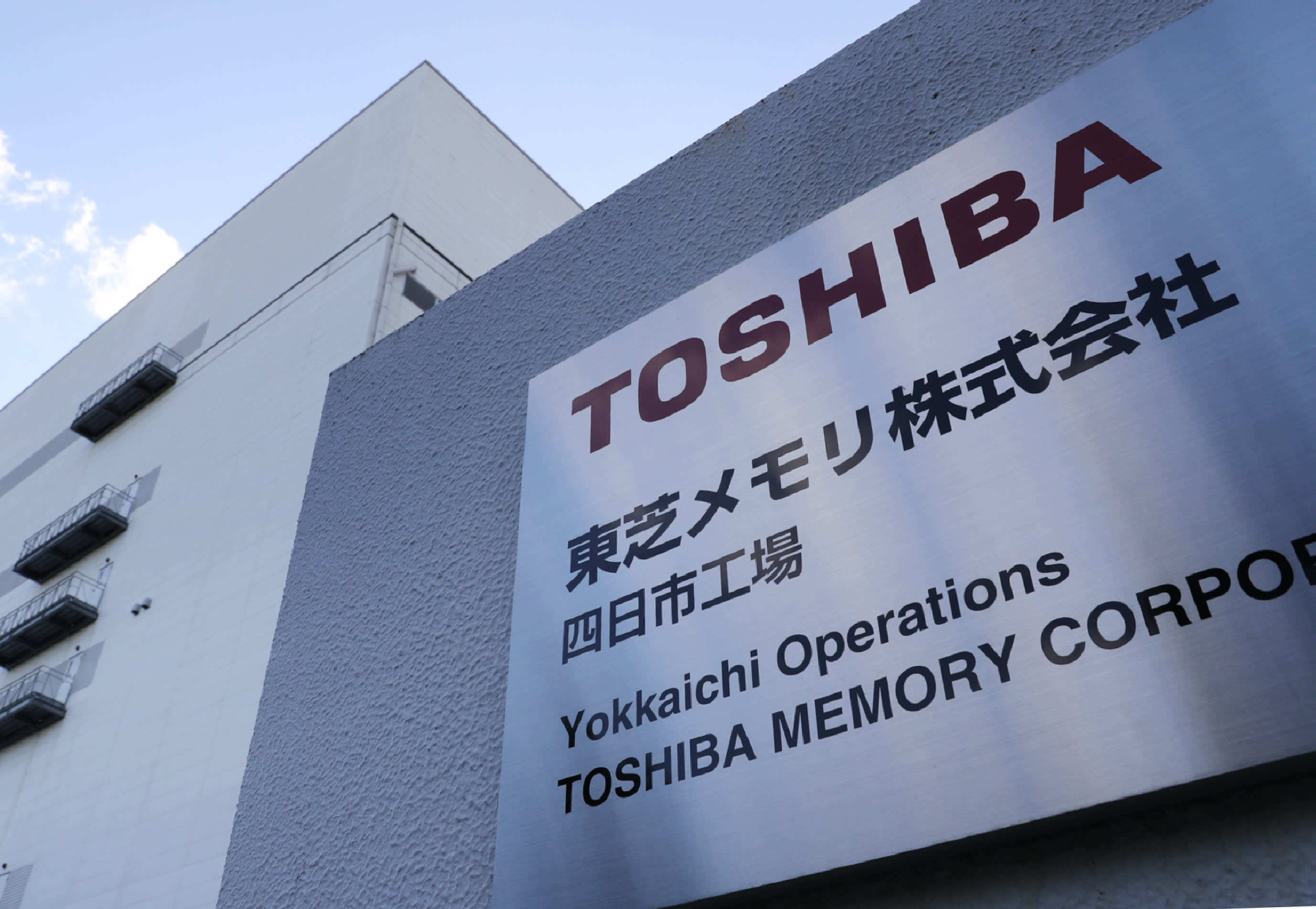 Toshiba, once the world's No. 2 chipmaker, fell to eighth place last year.

TOKYO -- The completion of the sale of Toshiba Memory to a Bain Capital-led consortium on Friday comes as a blow to a domestic tech industry already suffering from outflows of home-grown technologies and Japanese engineers.

Thinking through how a once-high-flying electronics industry fell to earth, partial blame must be placed on Japanese corporations' outdated and rigid career ladder.

Nikkei surveyed about a dozen former employees of renowned Japanese tech companies -- Toshiba, Hitachi, NEC, Fujitsu and Sony. Engineers in the semiconductor, liquid crystal display and other fields who have moved to Chinese, Taiwanese, South Korean and other foreign-owned companies answered questions.

"A change came around the late 1990s," one respondent said. "Those in senior positions no longer wanted to dream big. They tried to stay away from risks and undervalued those who wanted to take on challenges."

"Engineers typically feel a sense of accomplishment when they bring about things as they had expected," said Hiroaki Kitahara, a former engineer at IBM's Japan unit who now works as an independent technology consultant. Kitahara has a rich network of Japanese engineers working in South Korea, Taiwan and China.

"Most Japanese engineers seeking jobs overseas look for an environment where they can do what they want to do," Kitahara said

But compensation is another major motivating factor. Japan's lifetime employment system, which has been in place for decades, dictates the salaries of new hires right out of college, then determines the raises these employees get each year.

In the electronics sector, salaries don't even vary from one Japanese company to another.

The small rewards that are doled out for big contributions act as discouragements. Employees who invent promising technologies and win patents for their employers are rewarded with bonuses of several hundreds of dollars, according to a former Toshiba engineer.

This can lead to frustration when Japanese engineers go to international conferences and meet their much-better-compensated peers from the U.S., South Korea and elsewhere.

Japan's "general electric appliance" companies have sprawling operations. Toshiba, for example, makes everything from kitchen gadgets to personal computers to data systems to nuclear reactors. Semiconductors and display panels have been relatively recent additions to the business portfolios of these diversified corporate empires.

Getting into either field requires huge upfront expenditures and promises uncertain dividends. Earnings fluctuate wildly. Japanese tech corporations have tagged these sectors as "emerging." Those who run the divisions for their companies are rarely promoted into the highest executive ranks.

In the power plant and other infrastructure businesses, operations run on 10-year plans. In the consumer electronics and PC businesses, strategies are driven by assumptions of what will happen two or three years down the road.

Since it is difficult to look this far ahead in the semiconductor and display panel businesses, a different set of managerial skills is required. But many of the engineers interviewed by Nikkei complained that Japanese executives do not understand what the semiconductor business is all about. These engineers think this lack of aptitude led to poor and slow decision-making when it came to research and development projects as well as capital spending plans.

Chubu University professor Junichi Miyamoto, who worked for Toshiba as a senior engineer in memory technology, thinks the situation left Japanese companies in a state of near paralysis as Samsung Electronics and other global competitors veered into the fast lane.

Miyamoto later served as an adviser to Samsung Electronics.

A flag bearing the logo of Samsung Electronics is pictured at its headquarters in Seoul.   © Reuters

"At Samsung," Miyamoto said, "the senior management makes a decision and the entire company immediately starts to act upon it. This is not something Japanese companies can copy because they try to maintain a tacit balance between things like staff promotions, spending and inter-division coordination." The result is a kind of flat-footedness, Miyamoto said.

Based on the stories that the engineers told Nikkei and back-of-the-napkin calculations, at least 500 semiconductor and display panel engineers have likely fled Japanese employers for overseas competitors since the late 1990s.

There are also individuals who have left large Japanese electronics companies for domestic makers of manufacturing equipment and components. This has resulted in an indirect and ongoing technology drain to South Korea, Taiwan and China, where the equipment and parts end up.

Japan's Ministry of Economy, Trade and Industry, meanwhile, is in crisis mode, trying to prevent homegrown technologies from ending up at foreign companies.

The Toshiba Memory sale is a case in point. Some politicians called for Japanese companies to retain a majority voting stake in the chip unit. This had the ministry scrambling to create an acquisition scheme that would involve a government-backed fund and a Japanese bank.

It was stereotypical of Japan's top-down bureaucracy in which civil servants worry about future job performance reviews: The directive from politicians carried absolute authority.

Negotiations over Toshiba Memory were fraught with twists and turns. In the end, the unit maintained the appearance that it is a Japanese company, with Toshiba and Hoya together controlling a 50.1% voting stake.

But Toshiba Memory stands to pay a high price for preserving this facade. The foreign parties in the Japan-U.S.-South Korea consortium demanded high dividends and expect interest payments.

These payouts will suck a few tens of billions of yen out of Toshiba Memory revenues every year, a consortium representative said.

It is unclear whether the company will be left with enough to invest in its future.

Japan's chip and display industries have other disadvantages compared to their rivals in South Korea, Taiwan and China. For one thing, the Japanese government is not as generous when it comes to subsidies and tax breaks for new factories.

For another, electric bills and real estate costs are more expensive in Japan.

Chinese corporations, on the other hand, seem not to have to worry about money. They can count on a sovereign wealth fund to make their capital investments and even subsidize the cost of training engineers.

Japan Inc. is playing with myriad handicaps that will likely cross over into the automotive, machinery, materials and other globally competitive fields if adjustments are not made. There are a number of lessons to be learned from Toshiba Memory, not the least of which is listening to and rewarding highly skilled engineers.