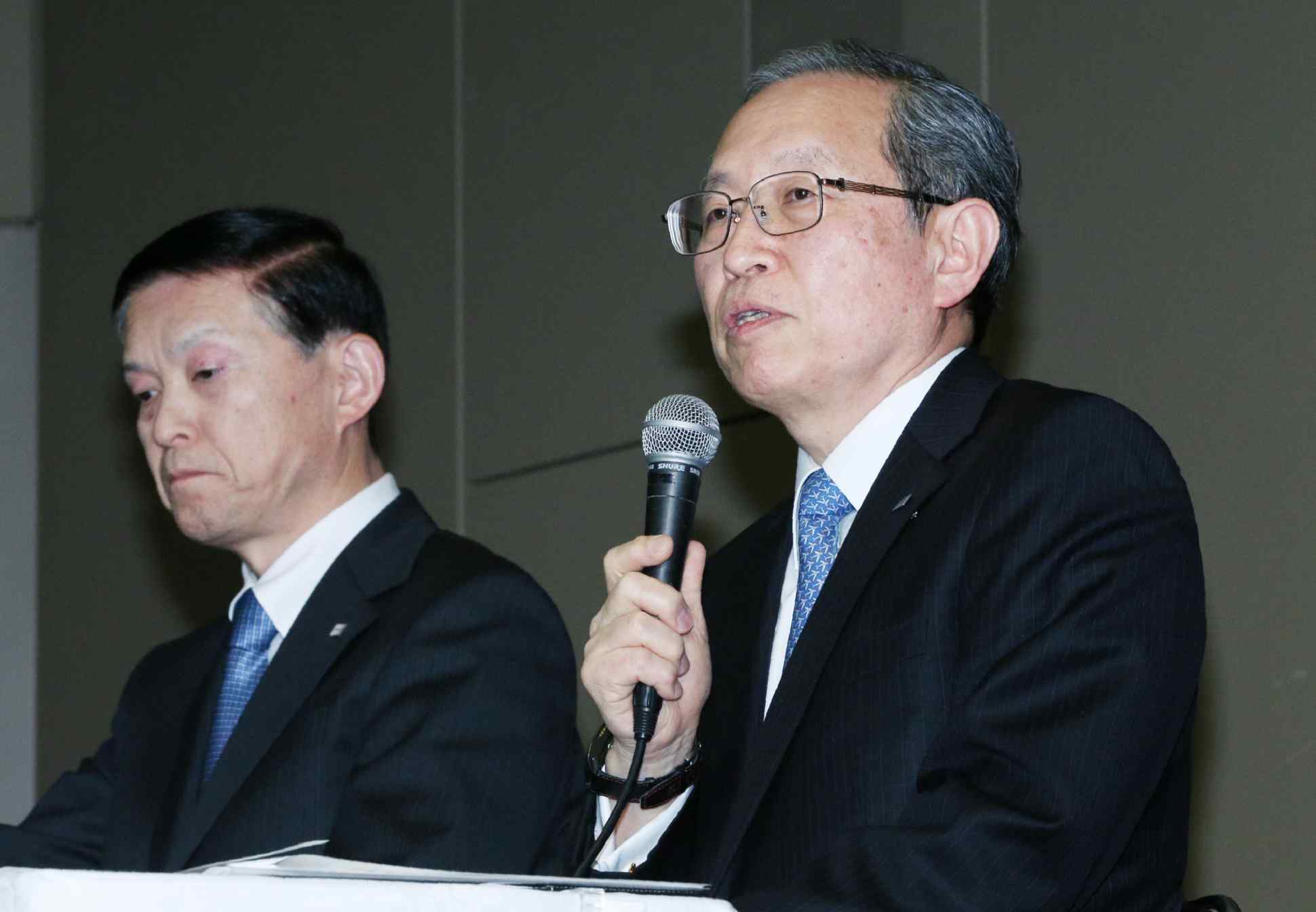 TOKYO -- Toshiba will spin off its core memory chip business at the end of March, a move seen as a big gamble for the Japanese conglomerate given the 300 billion yen ($2.61 billion) a year the unit spends on research and development, and capital investment.

Kiyoshi Kobayashi, 61, Toshiba's former senior executive vice president, stepped down in June last year. Kobayashi is credited with the company's surge in the market for NAND flash memory chips used in smartphones. Kobayashi resigned to take responsibility for an accounting scandal that broke in July 2015, but remained on as an "adviser" in charge of the company's semiconductor business. He eventually quit after the adviser system was abolished. Toshiba grew its memory business under Kobayashi's leadership. His charisma is the stuff of legend. In one episode from about eight years ago, the company was locked in negotiations with Apple over the U.S. technology company's purchase of parts for its MacBook Air, a notebook computer released in 2010.

At the time, Kobayashi was head of Toshiba's memory business. He visited Apple headquarters to negotiate the sale of flash memory-based solid state drives for the MacBook Air in place of heavier, bulkier hard disk drives. "If you don't understand an attractive proposal of this kind, I will bring it to another company," Kobayashi was quoted as telling Apple's buyer during the meeting.

Apple is known for driving hard bargains with suppliers, but it is also a highly desirable customer because where it leads other manufacturers tend to follow when it comes to adopting components.

Kobayashi's negotiating skills, combined with the superiority of Toshiba's flash memory technology over that of South Korea's Samsung Electronics, won the Japanese company favorable terms from Apple. The Cupertino, California gadget maker also selected Toshiba's flash memory for its iPhone smartphone, whose shipments began to increase sharply at that time. Toshiba maintains a solid relationship with Apple. It remains the biggest supplier of memory devices for the iPhone series. Samsung is said to respect Kobayashi for having succeeded in getting Toshiba's flash memory technology widely adopted industrywide. Although Kobayashi made many enemies during his career, an executive at a rival company praised him, saying, "He could foresee what was coming 10 years down the road."

Clash of the titans

The semiconductor business conjures up visions of brainy engineers battling to create cutting-edge technologies, but top executives are engaged in a more basic struggle. In their close-knit community, they must shake hands with their right hand and trade blows with their left to survive.

The late Andy Grove, founder of world No. 1 semiconductor maker Intel, famously said, "Only the paranoid survive." The top players in the industry --  Intel, Samsung and Taiwan Semiconductor Manufacturing Co. -- have thrived under the leadership of charismatic chief executives.

Toshiba, on the other hand, has fallen on hard times. Shaken by a huge loss at its U.S. nuclear reactor business, the company announced drastic reforms on Friday, including the spinoff of its memory business.

Managers at the newly semiconductor maker will have greater freedom, which should lead to quicker decision-making. But finding a leader who can go toe to toe with its global rivals will not be easy. It will need to keep up with Samsung, the world's largest manufacturer of memory chips, and continue looking 10 years ahead.

The market is favorable at present and the share prices of manufacturers are rising. Toshiba's new chip unit will have "a business value of at least 1.5 trillion yen," according to one securities company analyst. Around 10 companies have showed interest purchasing a stake that Toshiba plans to sell. But the value of the new company is likely to fall if the market takes a bad turn.

Toshiba is spinning off its chip business to plug the hole in it books caused by the loss at its U.S. nuclear reactor operation. Although the chip unit is the world's second-largest manufacturer of flash memory, its position is hardly rock-solid.

At a time when earnings from its chip business are strong, Toshiba will need to keep its eyes focused on the future. A big part of that will be choosing an effective leader for the chip unit -- from inside or outside the Toshiba family.