Toshiba expects 16% drop in FY2020 operating profit due to virus 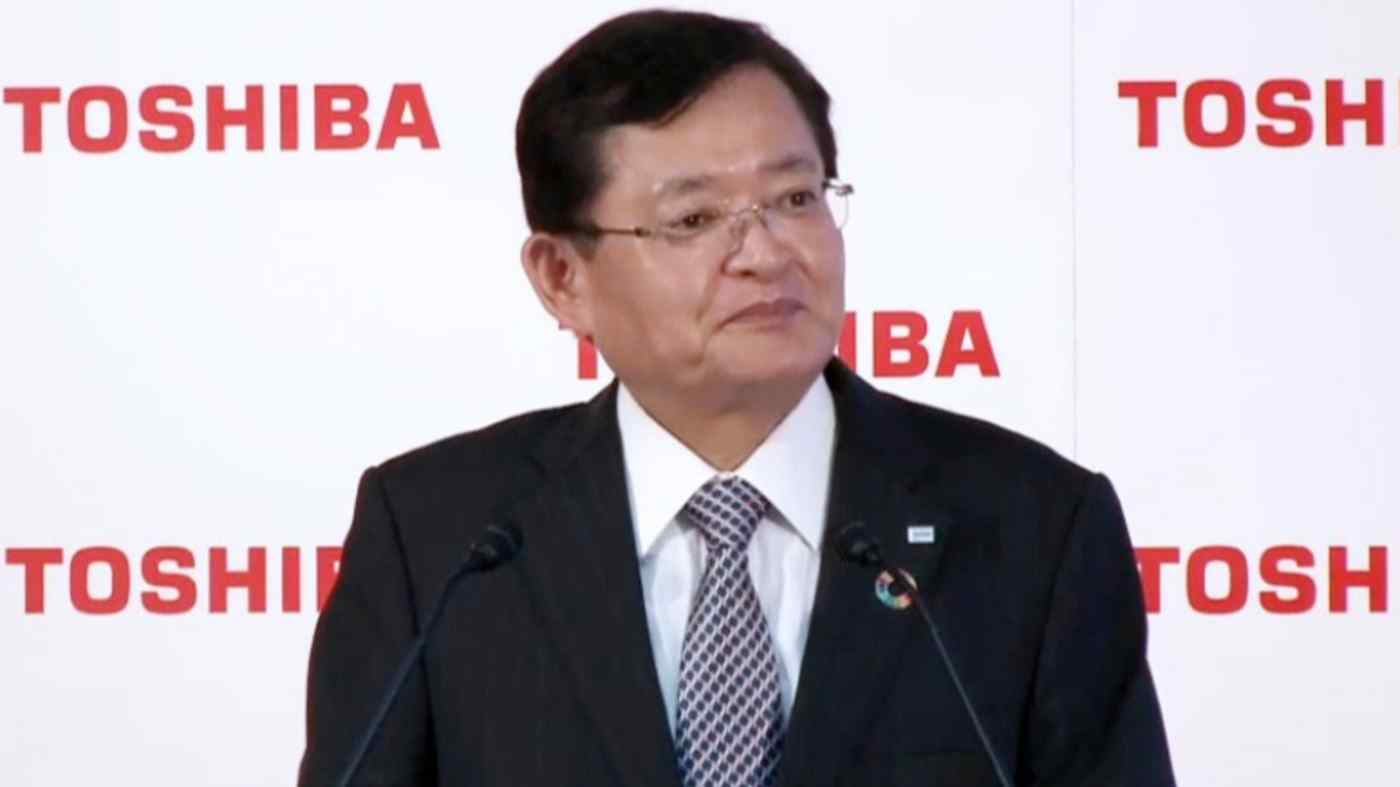 TOKYO (Kyodo) -- Toshiba Corp. said Friday it expects a 15.7 percent drop in operating profit for fiscal 2020 to 110 billion yen ($1 billion) as the coronavirus pandemic will hit demand for its industrial products and delay the recovery to full production.

The industrial conglomerate also projects its sales to fall 6.2 percent to 3.18 trillion yen. For the current business year through March next year, it estimates the pandemic to reduce operating profit by 90 billion yen, including 46 billion yen in the April-June quarter.

"I expect the impact of the coronavirus to concentrate in the first half of the fiscal year," Toshiba CEO Nobuaki Kurumatani told an online press conference, forecasting production to have recovered in China in April but only to do so around June to July in Europe, elsewhere in Asia and the United States.

For the year ended this March, Toshiba saw operating profit jump to 130.46 billion yen from 35.45 billion yen as rigorous cost-cutting measures offset an 8.2 percent fall in sales to 3.39 trillion yen.

The coronavirus cut 50 billion yen in sales and 20 billion yen in operating profit in fiscal 2019, affecting production and demand particularly in the device and storage businesses, Toshiba said.

Toshiba is in the midst of restructuring efforts, exiting from unprofitable TV, personal computer and U.S. nuclear power businesses and slashing procurement costs, while also reducing its workforce.

Despite the pandemic, the FY 2019 earnings outcome came in line with the targets of 3.4 trillion yen in sales and 140 billion yen in operating profit set in its five-year medium term strategy through fiscal 2023.

In the five-year plan, Toshiba aims to achieve sales of 3.7 trillion yen and 240 billion yen in operating profit in fiscal 2021.

For fiscal 2019, it reported a net loss of 114.63 billion yen compared to a profit of 1.01 trillion yen the year before, reflecting a one-off loss stemming from the sale of its U.S. liquefied natural gas operation booked in the first quarter.

In a bid to raise capital for future investments, Toshiba applied for a return to the Tokyo Stock Exchange's First Section in April, nearly three years after its demotion to the Second Section following massive losses at its bankrupt U.S. nuclear unit.