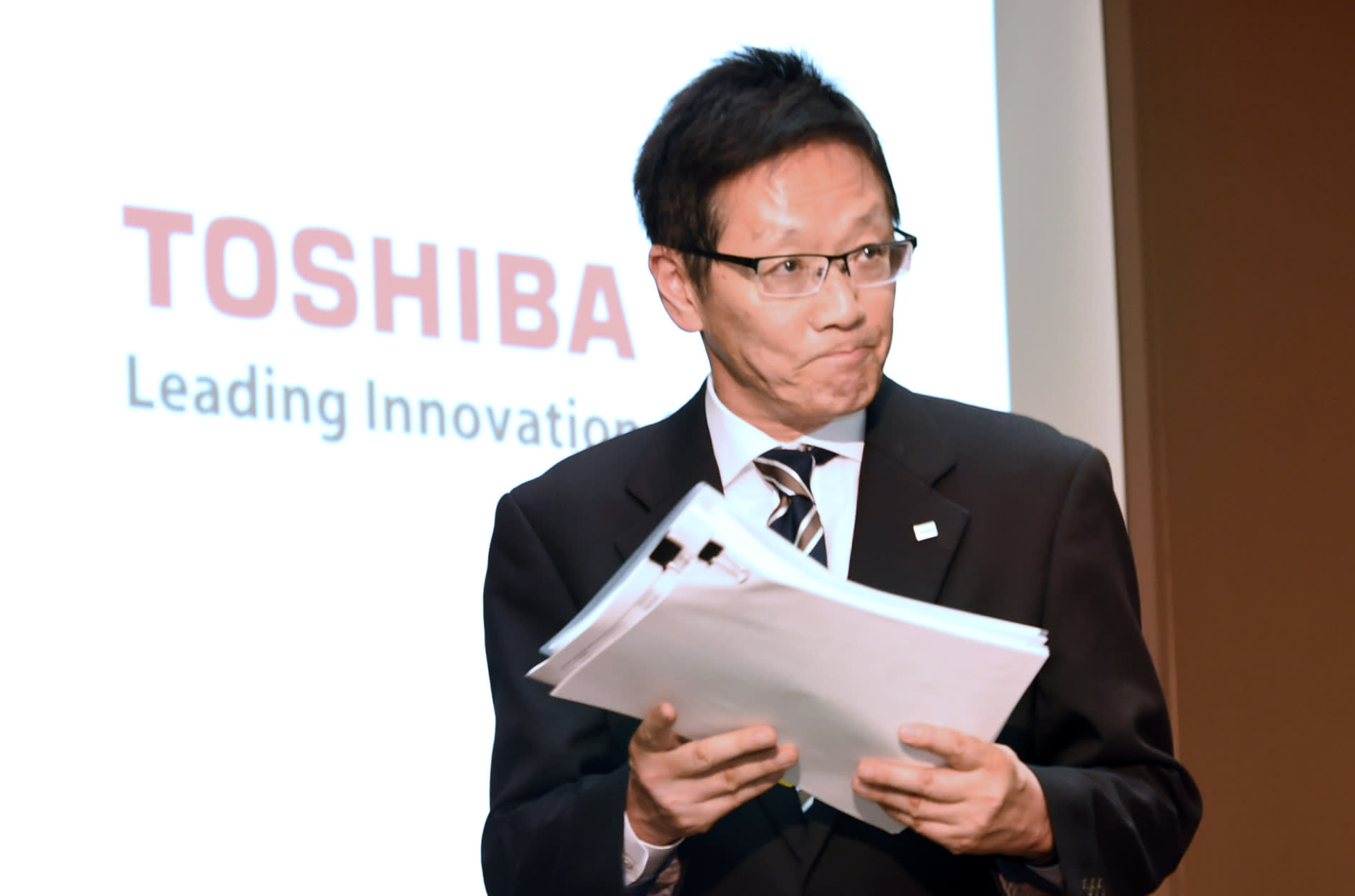 TOKYO -- Toshiba announced on Wednesday that its net income hit a record high in the first quarter, reaching 1.016 trillion yen ($9 billion), up from 50 billion yen in the same period the previous year. However, the company's performance in other aspects of its operations lagged markedly.

Proceeds from the sale of its semiconductor unit Toshiba Memory contributed about 970 billion yen. Toshiba sold the stake in June to an international consortium led by Bain Capital.

Revenues from April to June were 842.2 billion yen, down by 7% from the previous year. Operating profit fell dramatically, by 94%, to 730 million yen. There was a jump in expenses as emergency cost-cutting measures the previous year, such as reducing bonuses, were ended. These figures were calculated after removing Toshiba Memory's performance the previous year, indicating that other businesses such as the energy unit were not able to generate sufficient profit.

The outlook for the financial year to March 2019 has not changed. Toshiba expects revenue will reach 3.6 trillion yen, down 9% from the previous year, and net income to hit 1.07 trillion yen, a 33% jump.

Toshiba also announced that it will release provisional financial statements at the end of September for a stock buyback of 700 billion yen. The company said it will reveal a midterm management plan in November. Chief Financial Officer Masayoshi Hirata said at a press conference that the company "wants to establish a highly profitable structure by measures such as promoting recurring services in the industrial solutions business."

Toshiba has shut down some unprofitable operations abroad and will continue to decrease its fixed costs, Hirata said. The company will reduce costs in all areas including payroll. Toshiba has numerous unstable business units, including the LNG business, where profit depends on market conditions, and the thermal power generation business, which is affected by the movement to reduce carbon emissions.

The company's main challenge will be to cultivate new profit sources, while at the same time conducting structural reforms.