Toshiba's $9bn payout on Kioxia at risk from volatility outbreak

Eyes on whether Bain and other holders call for delaying IPO 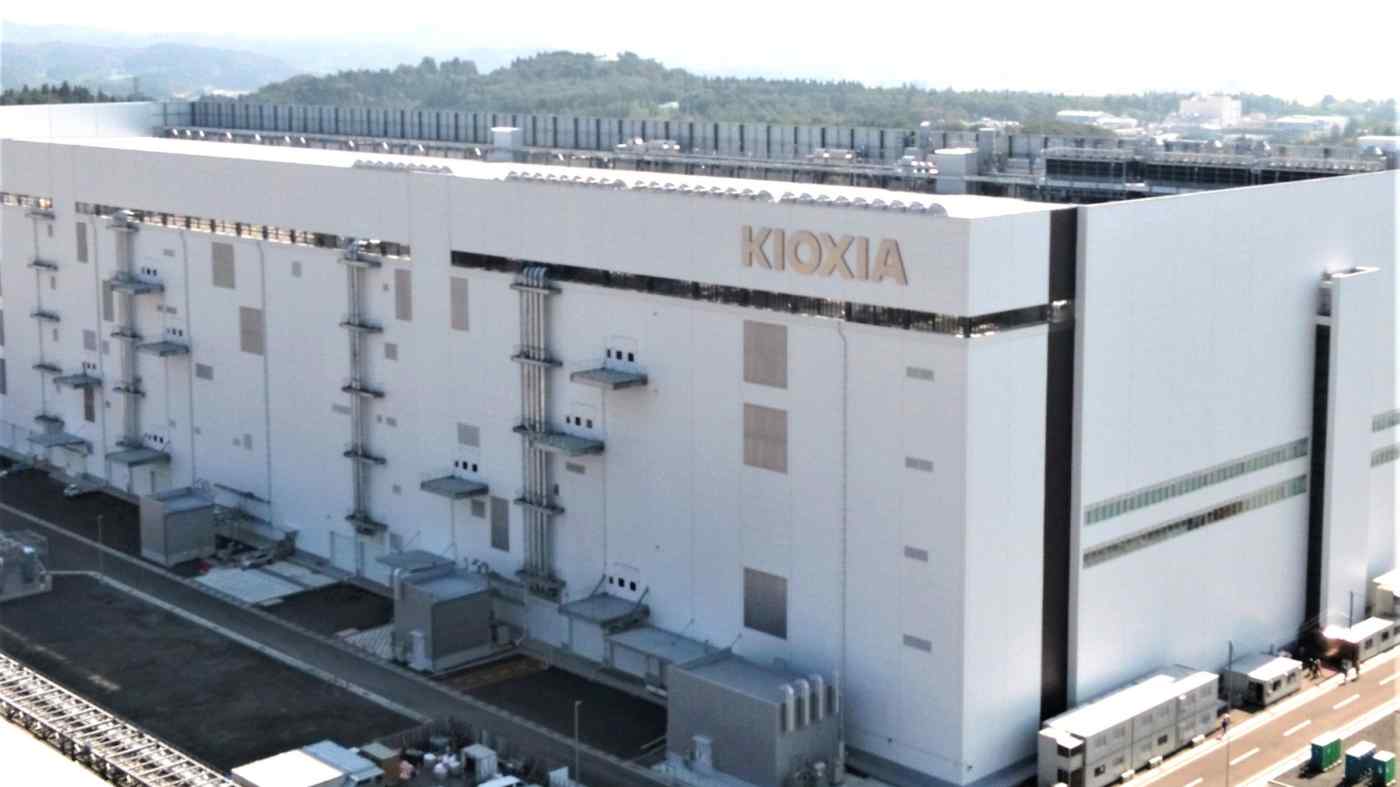 TOKYO -- Clouds are gathering over flash memory maker Kioxia Holdings' plans for what is expected to be Japan's largest initial public offering this year as the coronavirus pandemic roils stock markets around the world.

A delay could prove particularly disruptive to Toshiba, which stands to make more than 1 trillion yen ($9.08 billion) in unrealized gains from the October IPO of its former chipmaking arm. A successful offering could boost Toshiba's own share price and help it recover from a spate of crises in recent years.

Kioxia, formerly Toshiba Memory Holdings, is the world's second-largest producer of NAND flash memory after South Korea's Samsung Electronics. Demand for memory chips is only expected to grow, and the planned IPO is seen valuing Kioxia at 3.5 trillion yen. Toshiba has a 40% stake in the Tokyo-based company at a book value of 350.5 billion yen.

Meanwhile, Tokyo-listed Toshiba's stock price has plunged since mid-February, and its market cap slipped under 1 trillion yen to 921 billion yen as of Wednesday's close. The market has priced in little if any unrealized gains on Kioxia, so its IPO looks likely to lift Toshiba's value as well.

"Even if Kioxia's market cap ends up in the 2 trillion yen range, it will be a plus for Toshiba shares," said an analyst at a Japanese brokerage.

But with no end in sight to the coronavirus-induced stock sell-off across the world, other stakeholders like Bain Capital could move to postpone the IPO. Bain has a 49.9% voting stake in Kioxia. Another much anticipated IPO this year, budget Japanese carrier Skymark Airlines' relisting this spring, has already been delayed.

Even if Kioxia goes public as planned, Toshiba still faces a big decision on whether to hold or sell its stake.

The memory chip market is prone to large fluctuations in supply and demand. Kioxia logged a 456.8 billion yen operating profit for the fiscal year ended March 2018, only to suffer a 185.2 billion yen loss for the following nine months. Many analysts say Toshiba should sell, arguing that Kioxia has little business synergies with what remains of the Japanese industrial group and that the stake's value is too volatile.

What Toshiba would use the proceeds for is unclear. The company was forced to cut back on capital investment following an accounting scandal in 2015 and a major loss at U.S. nuclear power business Westinghouse in 2016. Toshiba's capital spending equaled 2.6% of revenue over the past three fiscal years, compared with 4.2% at domestic rivals Hitachi and Mitsubishi Electric.

"Toshiba has been neglecting investments, and if it does not pick up the pace there will be uncertainty hanging over its future earnings growth," an analyst said.

Some think acquisitions could be the answer. Toshiba Chairman and CEO Nobuaki Kurumatani has said the company has no plans for big mergers and acquisitions. But a major overseas Toshiba shareholder said the current stock market downturn is a great opportunity to buy technology services companies and boost what should be Toshiba's strength.

Toshiba bought back roughly 700 billion yen of its own shares in 2018 and 2019. It has not conducted further buybacks, saying an appropriate level of capital for the company would be just over 1 trillion yen.

Unloading its entire Kioxia stake could crystallize more than 1 trillion yen in gains -- and trigger shareholder demands for better returns.