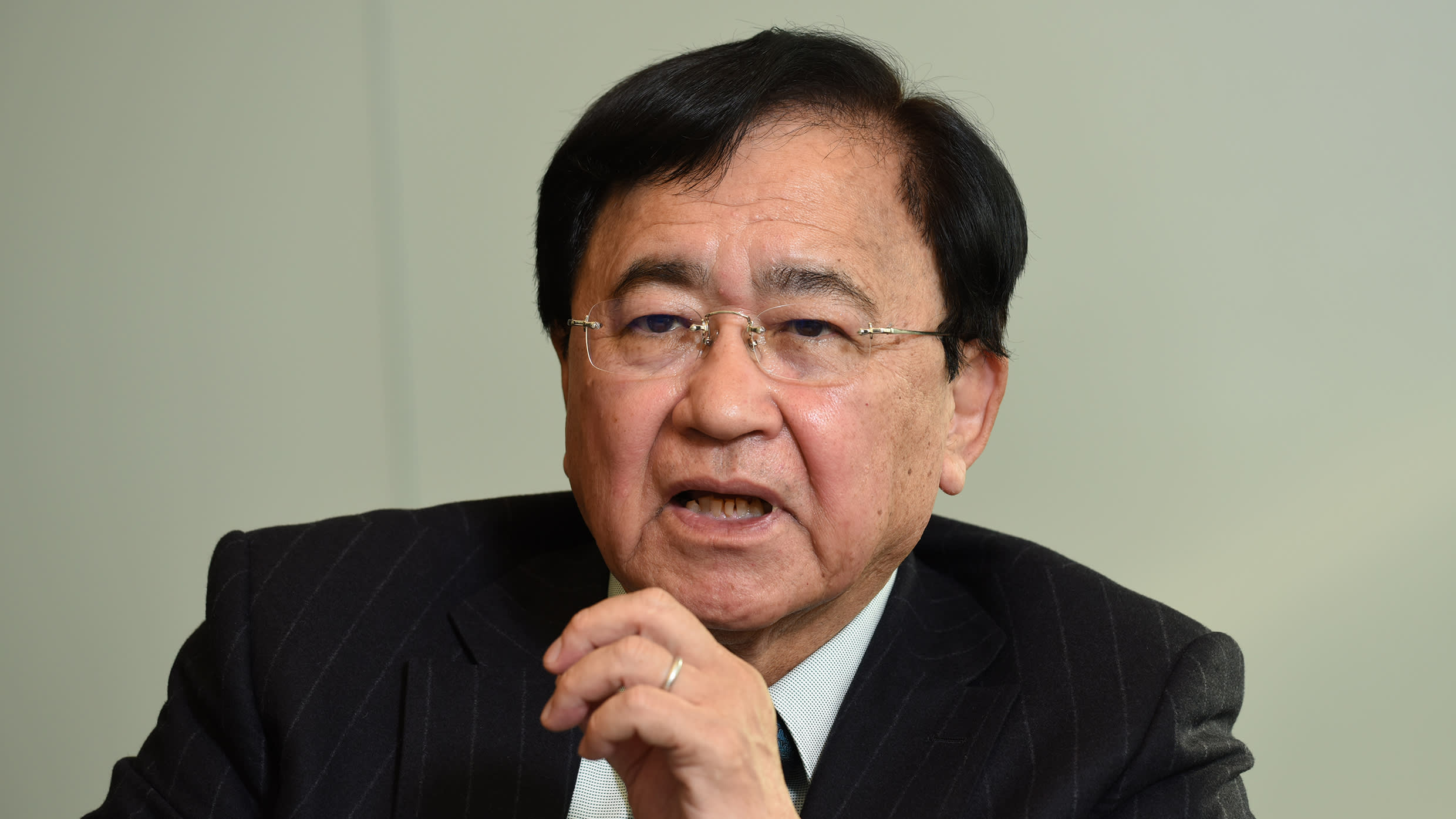 TOKYO -- Japanese electrical and electronic equipment maker Toshiba announced on Friday that Yoshimitsu Kobayashi, its chairman of the board, intends to resign from the post, a move seen as an indication the company has returned to a firm footing after the veteran executive was brought in to oversee its recovery from a wrenching scandal.

Kobayashi joined Toshiba as an outside director in September 2015 following the exposure of accounting fraud that dragged the company into a financial crisis. He was brought in as the company embarked on a deep-rooted management reconstruction.

Toshiba, for years a leading global name in consumer and industrial electronics, stood on the brink of delisting during the worst of the turmoil, but in the years since has succeeded in stabilizing earnings. And while that is viewed as perhaps a good time for Kobayashi to step down, numerous difficulties lie ahead for the company.

"Toshiba's rehabilitation has almost come into sight," Kobayashi was quoted as telling people close to him.

Earnings have clearly improved. In fiscal 2019 ended in March, for example, the company chalked up a consolidated operating profit of 130 billion yen ($1.21 billion), an increase of 3.7 times from the previous year.

"As our rehabilitation is moving into orbit, he may be feeling at ease," a Toshiba executive said of Kobayashi's mindset.

The veteran business leader's involvement in Toshiba started when he joined as an observer on a management reform panel the company set up in July 2015 to prevent a recurrence of the accounting fraud after the scandal burst into the open in April of that year.

After he took a board seat as an outside director, huge losses incurred by Toshiba's U.S. nuclear power subsidiary were exposed. As a result, the company fell into negative net worth and was demoted to the Tokyo Stock Exchange's second section from the first. In October 2017, Kobayashi became chairman of the board.

He contributed to the appointment of Nobuaki Kurumatani as president and CEO, Toshiba's first leader from outside the company in 53 years. Kobayashi, chairman of Mitsubishi Chemical Holdings and former chairman of the Japan Association of Corporate Executives, or Keizai Doyukai, made use of his status as a business leader to successfully recruit Kurumatani, a former banker, to Toshiba, according to people familiar with the matter.

But an estimated 70% of Toshiba shareholders are foreign investors as a result of new share issues and other fundraising measures implemented by the company in the process of its financial rehabilitation. As they include many activist shareholders, Toshiba's management is growing nervous about possible shareholder proposals before its annual meeting this month.