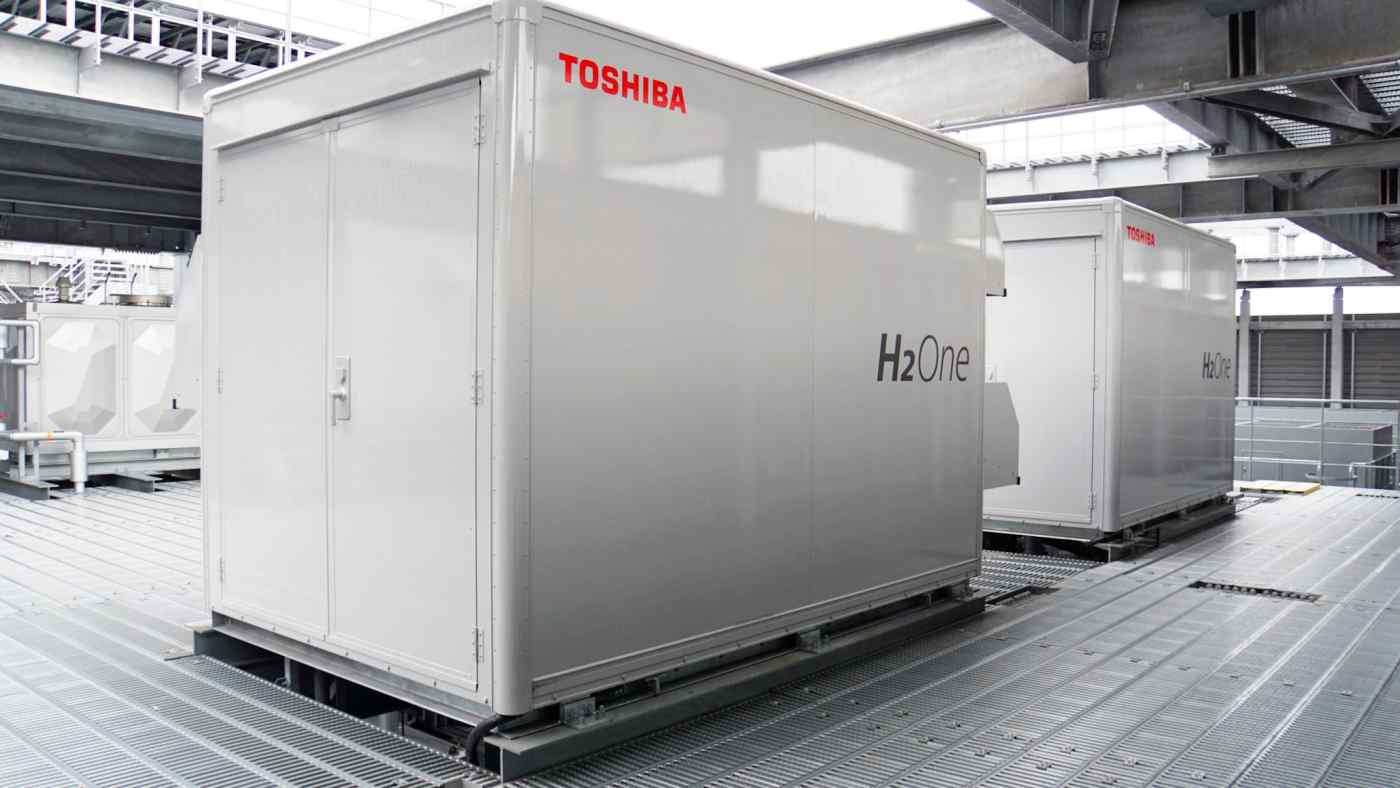 TOKYO -- Toshiba is set to roll out a hydrogen-powered fuel cell system capable of generating enough electricity to power 1,000 homes, or an entire factory or hospital in a boost to a government push of the zero-emission energy source.

Toshiba Energy Systems & Solutions has developed a 1 megawatt system consisting of at least 10 of its existing 100kW hydrogen fuel cells and will start selling it as early as this fiscal year. A megawatt equals 1,000kW.