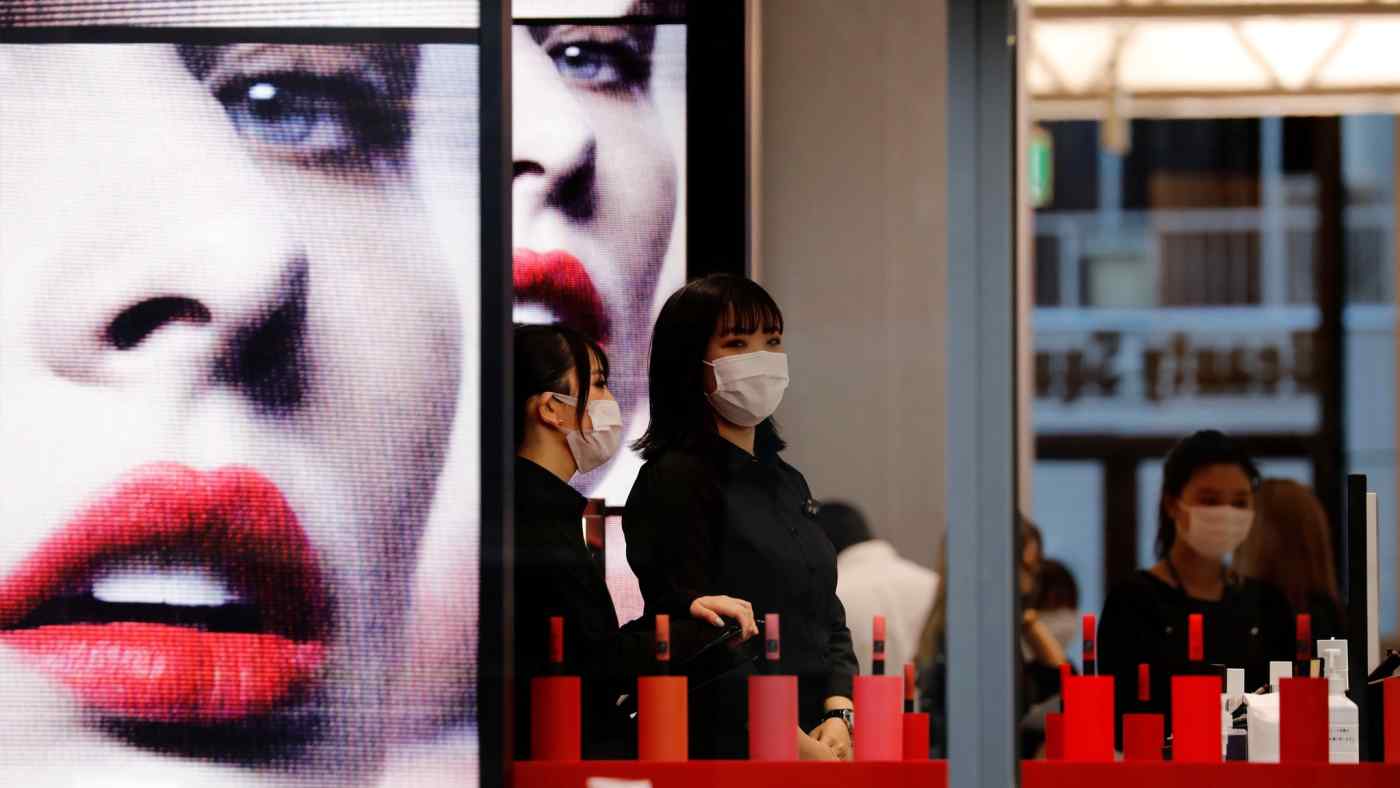 TOKYO -- Japanese cosmetics company Kao has joined the growing ranks of foreign peers that have removed such words as "whitening" and "lightening" from their products as the world grapples with racial inequality following Black Lives Matter protests.

Kao is the first Japanese cosmetics maker to drop the word bihaku, or "beautiful white," in describing a whitening effect.

With Twany brand products that debuted in mid-March, Kao started using the word "brightening" instead to explain properties that help prevent dark spots or freckles. The aim is to remove the word from all of its merchandise in several years.

Kao's relabeling follows similar changes made at such global giants as Unilever and L'Oreal. The protests against racial injustice in the U.S. last summer have spurred criticism that promoting light skin perpetuates the idea that fair skin is better than dark skin.

"We made this decision after discussing our commitment to diversity," said Yoshihiro Murakami, a managing executive officer. "We didn't want our use of the term bihaku to send a message that lighter skin is better."

"With the public focus on diversity on the rise, the terms like 'bihaku' and 'normal' are no longer compatible with the global values," said Saeko Kawano, an Osaka Shoin Women's University professor and cosmetics culture researcher. Japanese demand remains solid for "whitening" products, which reduce production of the melanin behind freckles and dark spots. The market is forecast to shrink to 241 billion yen ($2.2 billion) in fiscal 2020, according to the Yano Research Institute, amid the coronavirus pandemic. But it had posted growth for fiscal 2015 through fiscal 2018, fueled in part by an inflow of tourist shoppers from China and elsewhere.

Kao also plans to broaden the range of shades for a new foundation product hitting the market this autumn. It is expected to come in 23 hues, roughly double the selection of existing foundations.

Kao's inclusivity push goes beyond race, adding responses of "don't know" and "neither" to a smartphone makeup simulator's question on the user's gender.

Unilever says it is "tackling harmful norms" with recently announced plans to stop using the word "normal" in the packaging and advertising for all its beauty and personal care brands.

Kao is also reassessing its use of such terms as "normal" and "standard" when indicating popular shades of foundation.