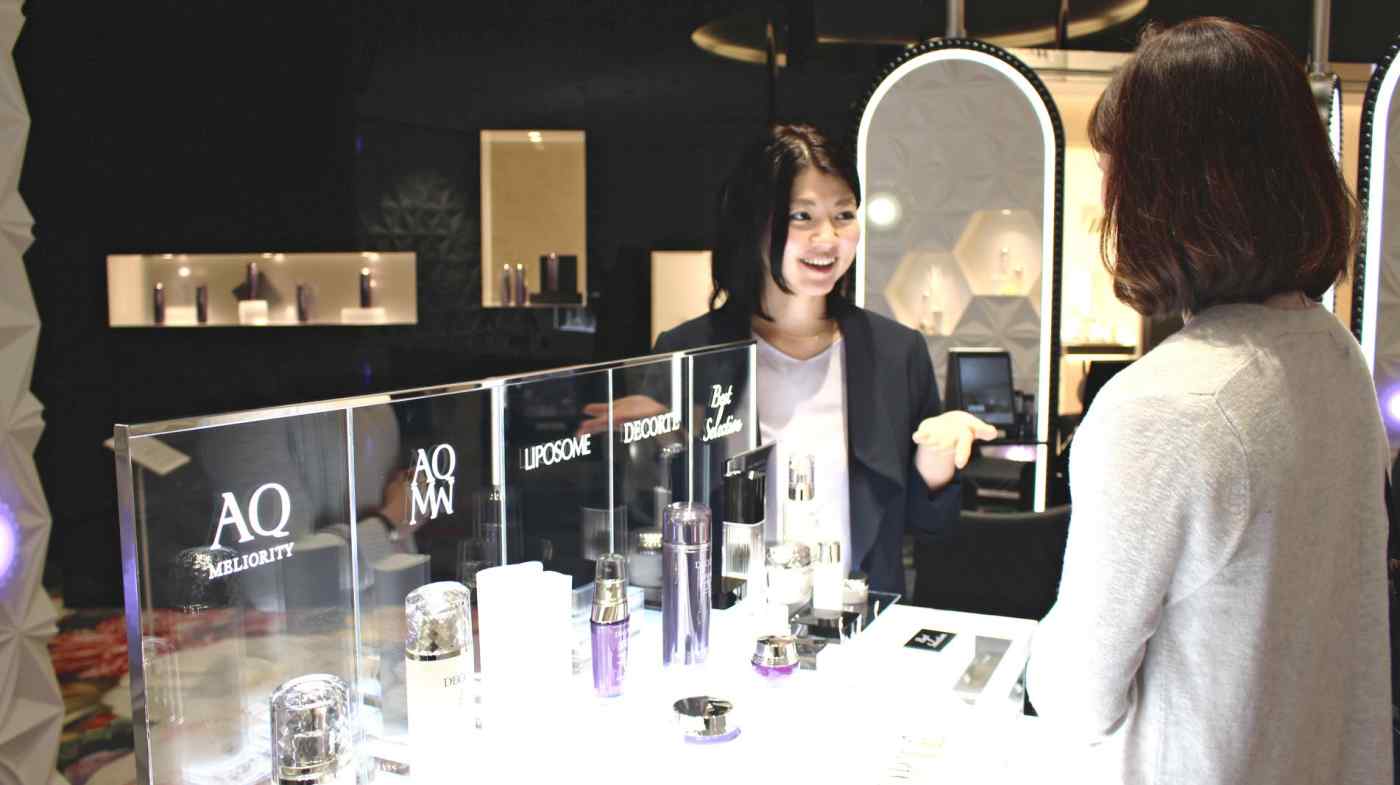 Kose's cosmetics have been so popular with foreign visitors to Japan that it has had to limit sales on some items. (Photo by Motokazu Matsui)
TAKAYUKI KIKUCHI, Nikkei staff writerApril 7, 2018 07:20 JST
CopyCopied

TOKYO -- Japanese beauty products maker Kose lifted its group operating profit 23% to around 48 billion yen ($449 million) for the year ended March, according to a Nikkei estimate, topping a previous forecast of 46 billion yen and marking a fourth year of record profits.

Sales rose an estimated 13% to just above 300 billion yen, meeting a projection. Foreign tourists in Japan flocked to upscale brands like Cosme Decorte, causing Kose to restrict sales of some items. Sales to foreign visitors in the last quarter remained as strong as in the April-December period, when the figure jumped more than 30% year on year. But the company apparently is starting to see some slowdowns for certain brands and products.

Demand grew in Japan for such products as nail polishes, for which Kose offers a broad range of hues.

In overseas markets, American cosmetics unit Tarte, known for its natural ingredients, enjoyed sustained growth. Kose's Japanese-made products also sold well in China and South Korea. With Asian markets booming, Kose probably generated nearly a quarter of its sales outside of Japan, up from 20.7% in fiscal 2016. The company continued to ramp up spending on sales promotion and other expenses, but this was more than offset by higher sales.

Kose has been facing thin inventories since January in Japan. A new facility was brought online at a Gunma Prefecture plant in March 2017, but the company apparently struggles to find enough workers. Kose is also fighting with rivals for production service contractors.

Still, with the robust demand among international tourists, Kose is expected to forecast a fifth year of record operating profit for the year that began this month when it releases fiscal 2017 results April 27.