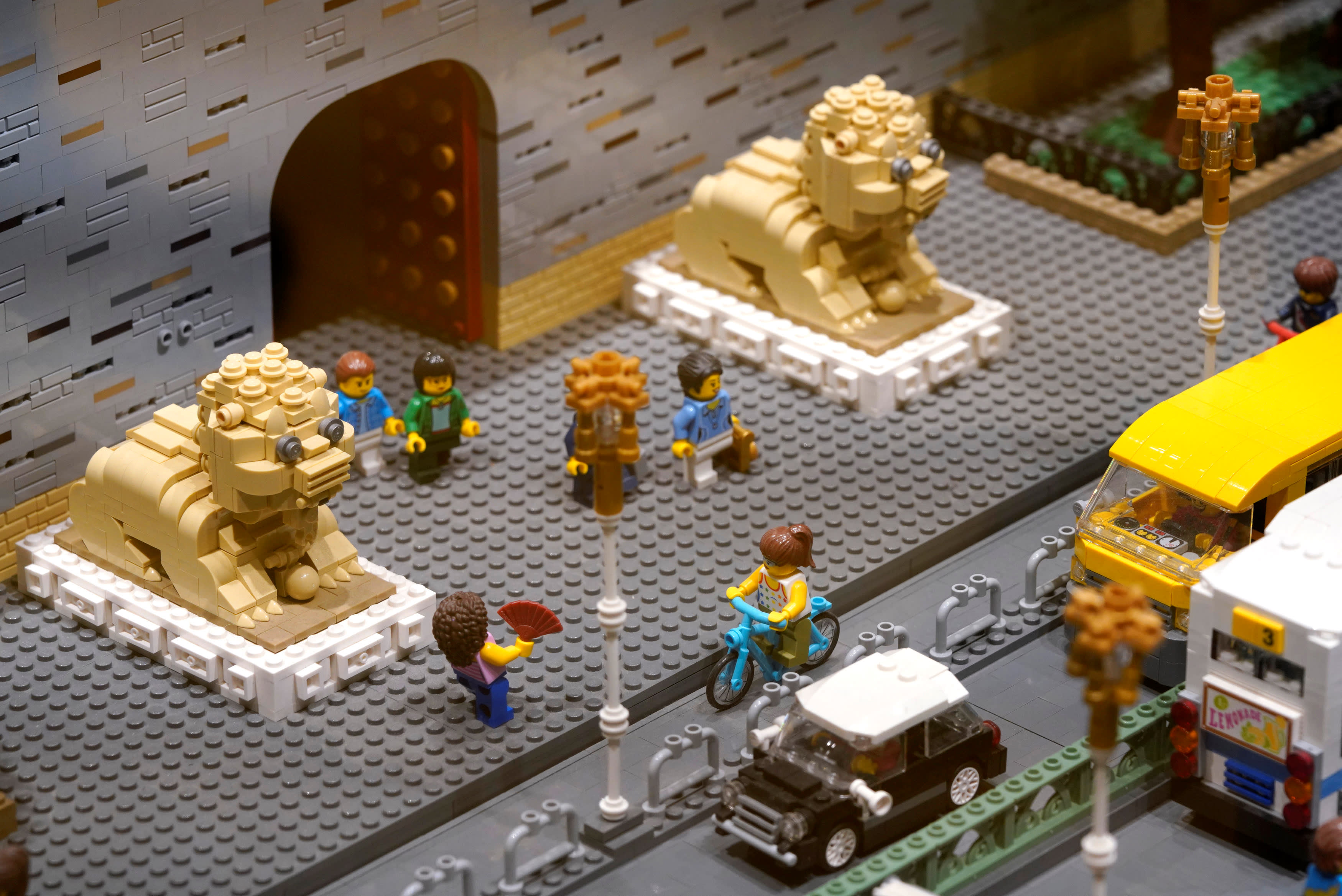 Details of Zhengyang Gate Tower of Forbidden City made with Lego bricks are pictured at a Lego store in Beijing on Jan.13.   © Reuters
November 6, 2018 09:53 JST | China
CopyCopied

COPENHAGEN (Reuters) -- Lego has won another case against imitators in China where copies of its colourful plastic toy bricks and figures have been a recurrent problem, the Danish toymaker said on Monday.

In a landmark case last year Lego for the first time succeeded in a copyright competition case in China, where it seeks a bigger slice of a $31 billion toys and games market.

"We believe these decisions are well-founded in the facts and the law, and clearly demonstrate the continued efforts of Chinese authorities to protect intellectual property," Lego Chief Executive Niels B. Christiansen said in a statement.

The court ordered that the companies immediately ceased "producing, selling, exhibiting or in any way promoting the infringing products," it said.

Last year, the Beijing Higher Court passed a ruling that recognised the Lego logo and name in Chinese as 'well-known' trademarks in China, putting the toymaker in a better position to act against infringement of its trademarks.

China is important to Lego, which has seen slow or declining growth in its mature Western European and U.S. markets although China still accounts for less than 10 percent of group sales.

Lego, an abbreviation of the Danish "leg godt" meaning "play well", plans to open two flagship stores in Shanghai and Beijing and continue its partnership with Chinese internet giant Tencent .

It is also working with local education departments, state schools and private education providers in China to encourage children to play with Lego as a way to boost their motor skills, creativity and attention spans.

Competitors in China include Barbie maker Mattel Inc and Hasbro, the firm behind My Little Pony.