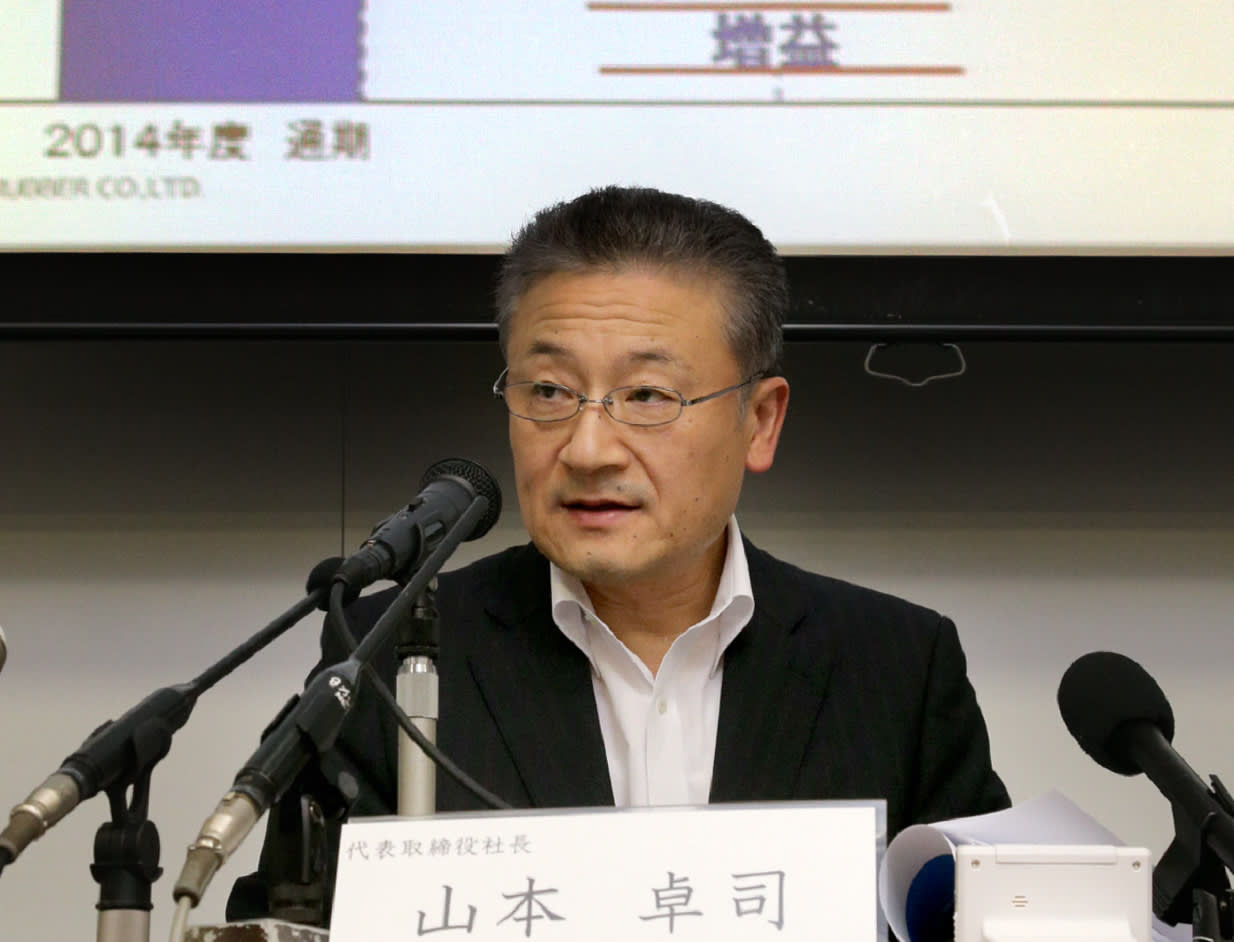 OSAKA -- Toyo Tire & Rubber reported strong earnings despite a scandal over data falsification involving its earthquake shock absorbers, but the company still faces a rough road ahead in rebuilding trust as its efforts to appoint a new board stall.

Toyo Tire's operating profit jumped 35% to 29.1 billion yen ($232 million) for the January-June period, the company said Monday. Sales rose 4% to 194.4 billion yen. But on a net basis, it bled 4.1 billion yen due to an extraordinary loss of around 30.4 billion yen linked to the scandal.

"The performance was better than the previous year in the key North American market," President Takuji Yamamoto said at the earnings release. North American tire sales account for some 60% of the operating profit, with the company strong in tires for pickup trucks and sport utility vehicles. Though Toyo Tire's overall sales were the lowest among the four top Japanese rubber companies, its operating profit was the highest.

"There is little news outside Japan about the quake shock absorber scandal," a staffer at a major Japanese tire company said.

But the positive earnings and rising stock do not mean the company's rebuilding efforts are progressing, and regaining trust will be a major challenge after it lied about product performance -- the fundamental of manufacturing.

Toyo Tire did not halt shipments of questionable products for a year and a half after inadequate performance was first reported. Management knew data falsification was a possibility but did not act. Though the quake shock absorbers account for just 700 million yen of the company's revenue, external investigators warned in June that Toyo Tire has no future if it fails to conduct management reforms.

Yamamoto and Chairman Akira Nobuki announced their resignations based on the report. Nobuki stepped down in July, while Yamamoto had said he would leave when a new management team is ready, by the end of the year at the latest.

But he refrained from giving a timeline Monday, stressing that repairs and recurrence prevention are the priorities. The company wants to replace Yamamoto as president with someone from within and appoint an outsider as chairman or special adviser. Finding the latter is not easy, a source close to the matter said.

"We have no idea what the new leadership will look like," said an official from Bridgestone, a major Toyo Tire shareholder. The new team will need to restore trust and end the company's dependence on North America. Stagnation in new leadership appointments add risks surrounding the company.