Toyota chairman wants to tap the brakes on electrics 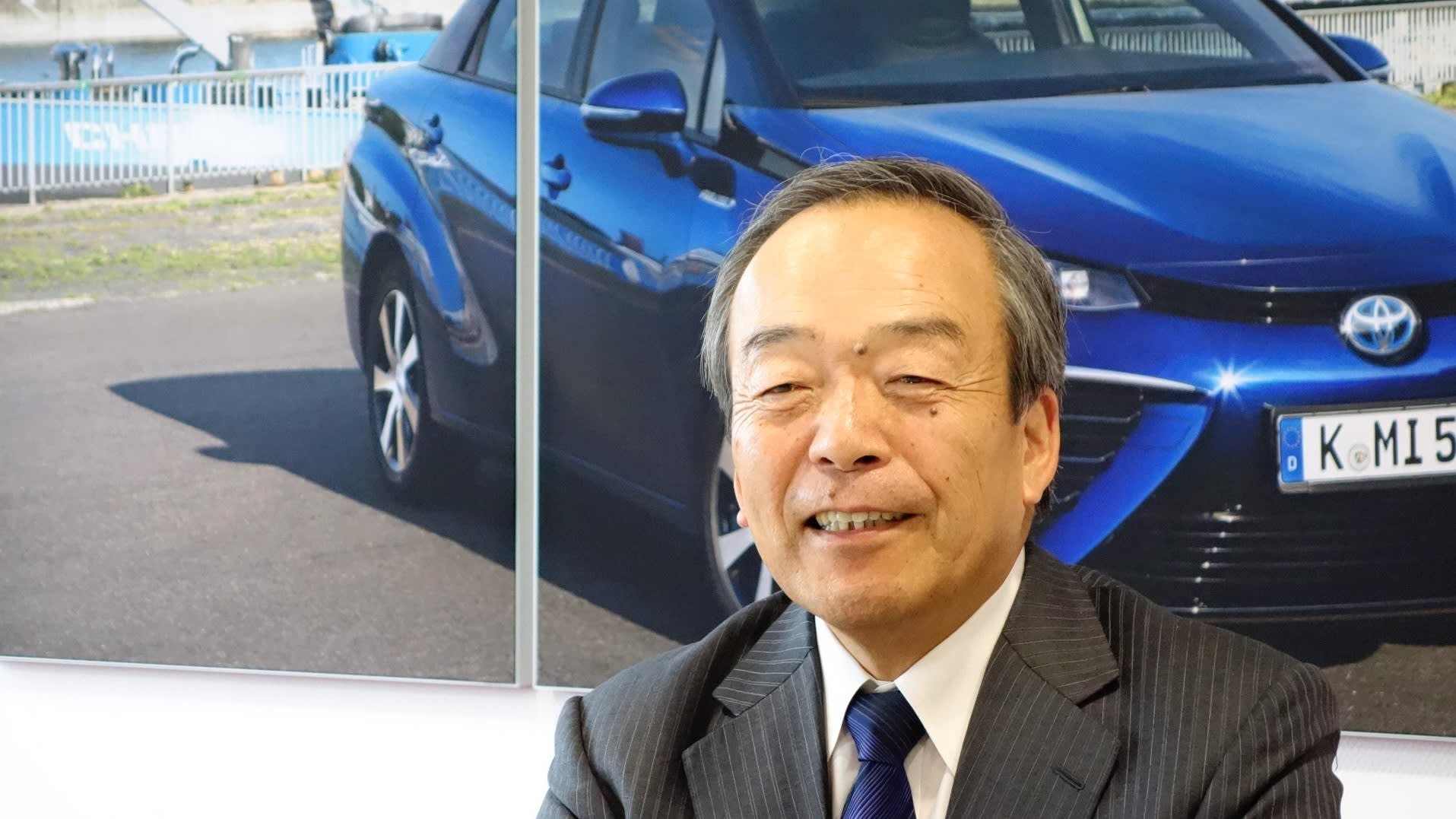 Toyota and such players as Honda Motor have bet on hydrogen fuel cell cars as the likely mainstay of next-generation environmentally friendly vehicles. They are now being forced to change development tactics as electrics have eclipsed fuel cell cars in the market.

Still, Toyota sees a future for hydrogen technology a decade or so down the road, said Uchiyamada, a leading light behind the Prius hybrid.

The chairman recently sat down with The Nikkei to discuss Toyota's strategy for environmentally friendly autos. Excerpts from the conversation follow.

Q: The Hydrogen Council, of which Toyota is a member, has said hydrogen as a fuel could account for 20% of the global reduction in carbon dioxide emissions by 2050.

A: Hydrogen will certainly play some future role, and revamping infrastructure will be essential when it does. With the heavy investment needed, a "hydrogen society" won't be realized unless embraced by the public. Countries need to lay out specific timelines for implementation and follow them.

Q: Do you anticipate momentum toward popularizing fuel cell vehicles will grow once infrastructure has been put in place to support electric vehicles?

A: Efforts to produce a greater share of energy from such renewable sources as wind and solar will pick up speed as a means of reducing CO2 emissions. Hydrogen can be used to store and transport this renewable energy.

If electric vehicles catch on too quickly, most automakers won't be able to turn a profit. That's true of Toyota as well, though we should be able to turn out just enough of the vehicles to stay in line with regulations.

Q: Not even Toyota will be able to stay profitable?

A: No company will. Electric vehicles need around five times the battery capacity of hybrids. The Prius Plug-in Hybrid has around three times the typical capacity, and handling the cost increases involved there has been hard enough.

Q: Some envision electric vehicles accounting for 30% of new-car sales in 2030.

A: That's too soon. Toyota sells 9 million vehicles a year, and 1.4 million of them -- 15% -- are hybrids. It took us 20 years to get to this level. I think 30% electric by 2030 is impossible. It might happen if every country were to go all-out on regulation, but this would create chaos and make consumers unhappy.

Many problems still need solving: range, charging time, battery life. We're working on a solid-state battery, but not even this would be enough. There will never come a time when all cars are electric.

Q: When will fuel cell vehicles take off?

A: I have a feeling the shift is going to happen around 2030. That's 10 years from when China's regulations [setting sales quotas on] new-energy vehicles enter into full force in 2020. The grand experiment in electric vehicles will have settled, and hydrogen fueling stations will be up and running to some extent. Fuel cell vehicles will be in their second or third generation. After all, not even the Prius, which I handled personally, sold well in its first generation.

But certainly, vehicles with only internal combustion engines will fade away -- bringing fuel costs and emissions down to ideal levels would be difficult and very costly. Hybrids and plug-in hybrids will be the mainstream for a long time to come.

Q: Toyota is building up its own electric-vehicle development unit.

A: Charging stations are popping up more quickly than hydrogen fuel stations in places like China and California, and so we've launched a company with Mazda and Denso to develop shared modules for electric vehicles. Sharing core components will also help keep costs low, given that electric-vehicle sales are still relatively slim. We hope to keep the company nimble, like a startup would be.

Q: Are Toyota's plans for fuel cell vehicles in the Lexus luxury car brand and other projects going as expected?

A: Various plans could shift slightly. It's not as though we're tossing fuel cells to the back of the line, but we have quite a number of things to try.

We're putting more weight on commercial vehicles -- buses and trucks -- than before. We're working with Seven-Eleven Japan on small-scale deliveries using fuel cell vehicles. We built a fuel-cell-driven trailer truck in California. These all showcase the trademark noiseless drive of fuel cell vehicles.