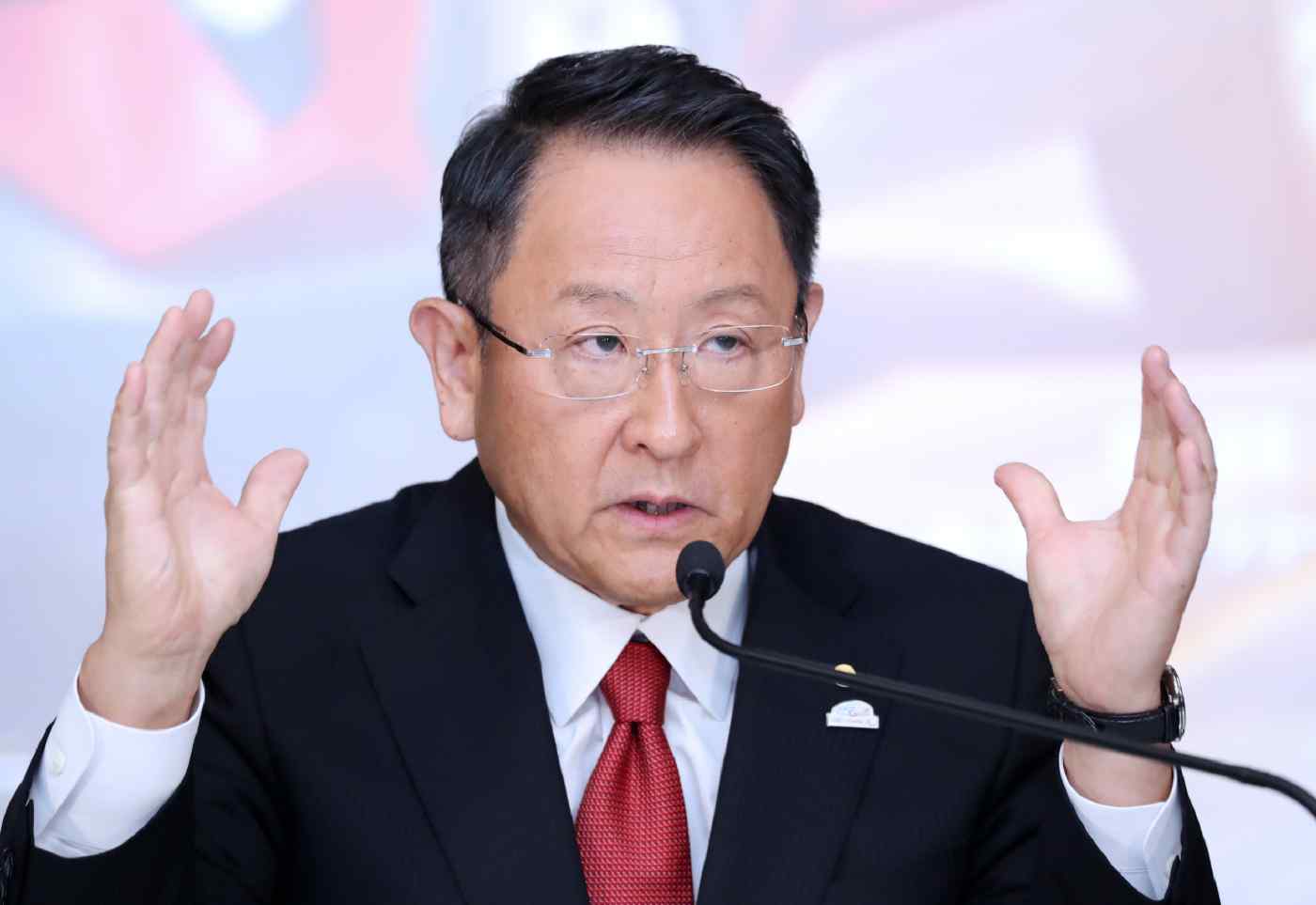 TOKYO -- Toyota Motor is turning to its old mantra of continual improvement, or kaizen, as it seeks to become as innovative as Tesla and Google.

"Toyota must get back to its old self," said Akio Toyoda, third-generation president of the world's third largest automaker, in a press conference Wednesday on the company's business results for the year ended in March. Toyoda was referring to the company's time-honored practices such as the Toyota Production System and continual cost reduction.

Toyota has lost its way, he said, by trying to become an innovative company. Instead, he argued, Toyota should do what it has always been good at -- learning from others and improving on them.

"Toyota started by copying the technology of the front-runners," he said. "The company has made improvements on the existing technology, which has led to innovation. What's wrong about imitating and improving on others?"

Toyota is facing challenges from innovations made by its rivals in areas such as driverless cars, car-sharing, electric vehicles and in the "internet of things," which are threatening to make existing technologies obsolete.

These new fields are pioneered, and dominated, by American technology companies such as Google and Tesla. As Japanese automakers cling to internal combustion engines, China has leapfrogged as the world's biggest EV market.

Toyoda tried to inject a sense of urgency into his company, as he sounded alarm at the pace of technological change. "Technology companies are using their abundant resources to make investments at speed several times faster than us," he said.

Toyoda, who has been at the helm over the past nine years, compared Toyota to a racing car that is only good at driving on a familiar track. Now, he says, Toyota needs to learn to race in a rally and navigate an unknown terrain. On Wednesday, Toyota Motor reported that its operating profit for the current financial year ending in March will decline 4.2%, as it expects the higher yen to hit hard global sales.

In the last fiscal year, the company posted an operating profit of 2.4 trillion yen, up 20% annually, outpacing Volkswagen AG, the world's largest automaker, for the fifth straight year. The 62-year-old chief pointed to the fact that the company was able to turn a record profit through cost-cutting after initially projecting an earnings decline.

Shares of Toyota ended up 3.8% at 7,424 yen Wednesday. The shares have been outperforming those of its peers, such as Nissan Motor and Volkswagen, but trail those of Tesla and Google.

Still, it is not clear whether he will be able to turn this giant corporation into the entrepreneurial company it once was. Toyoda oversaw the company's 2010 investment in Tesla for a 3% stake in an effort to inject some life into the company's startup management culture, only to see Toyota unload the stake by the end of 2016.

"We will further beef up the bottom line through further cost reduction and make more investment in new fields, while seeking partnerships with companies in and outside the auto industry," Toyoda said.