Toyota cuts back on advisory posts for retired executives 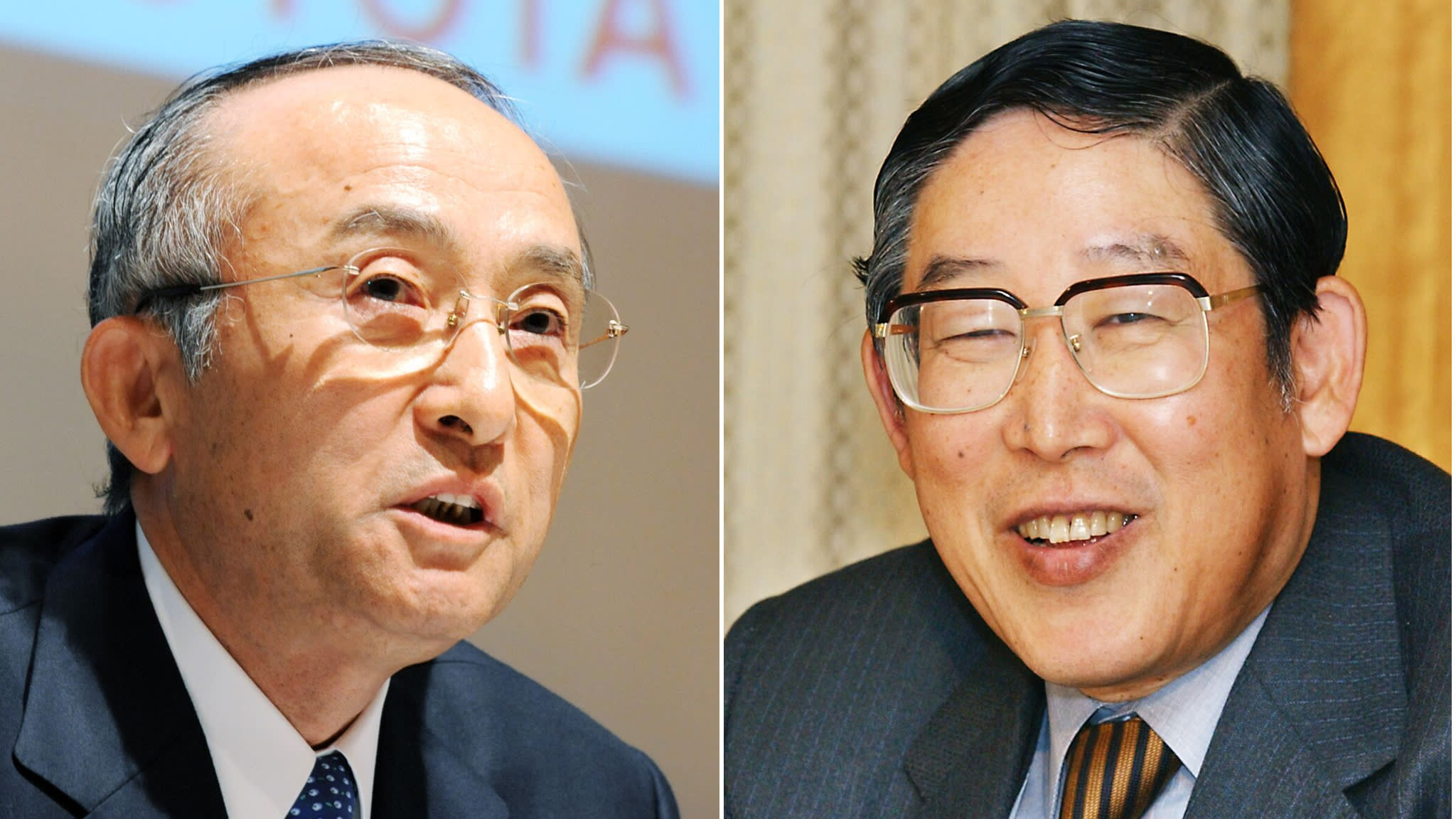 NAGOYA, Japan -- Toyota Motor will slash the number of paid advisory positions handed to top executives after retirement from 61 to just nine, bowing to demands for greater transparency and marking a large shift for the automaker long known for having a heavy presence of such roles.

Former President Hiroshi Okuda will step down as an adviser, as will Katsuaki Watanabe, the immediate predecessor to current chief Akio Toyoda. Executives at the Japanese automaker who leave as a vice president or higher generally go on to serve four years as an adviser, while lower-ranking executives get one to two years.

The Tokyo Stock Exchange has demanded details from listed companies about such practices, which investors have also criticized.

Last autumn, a Toyota committee with a majority of external directors adopted stricter scrutiny over advisers' roles and reset all existing adviser contracts. The automaker said it would greatly reduce such roles, while taking on some consultants, such as from government councils or industry bodies, on a one-year basis.

Ex-President Shoichiro Toyoda, Akio's father and the son of the automaker's founder, will remain emeritus chairman. The two remaining advisers will be ex-President Fujio Cho, who holds executive roles at a number of outside organizations, and former Vice Chairman Kosuke Ikebuchi. The automaker will keep six advisers from outside groups.

The news brought mixed reactions from Toyota veterans who have served in advisory roles. Some pointed out that trimming such posts was a natural response to an age in which corporate management faces demands for transparency, while others bemoaned the potential loss of a culture that treats with consideration those have long served the company. Other corporations in the automaker's group are being pressed to apply the new rules as well.

Japanese corporate law does not regulate advisory roles, but the practice has drawn fire from investors and U.S. proxy voting companies after it was discovered that former Toshiba presidents appeared to be interfering in management. Toshiba abolished its advisory positions in June 2016.

This January, the TSE demanded that listed companies report on their advisory in obligatory reports on corporate governance.

This year, Panasonic has promised to do away with its advisory positions, and Mitsubishi Corp. has said it will eliminate a special consultant role for former company presidents. About 200 Japanese companies have opened up about the duties and compensation of their advisers.